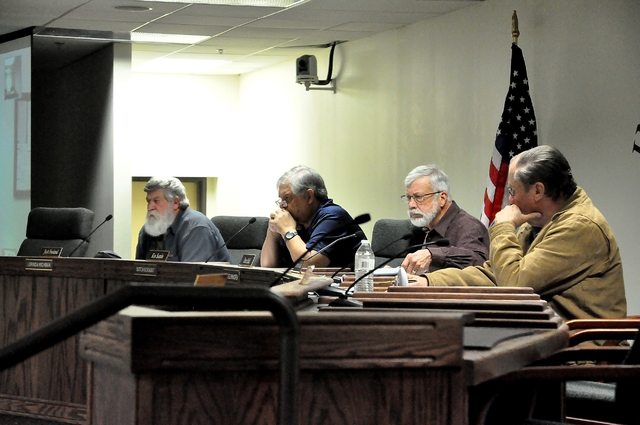 Reno-based Shaw Engineering has been hired to develop potential project costs and describe the benefits of the projects related to the Basin 162 Groundwater Management Plan.

“The reason for this contract is to try to come up with some potential project costs and then decide what would be the benefits of the project, so that this board has the opportunity with relationship to the groundwater management plan to assess bang for the buck better,” said Oz Wichman, general manager for the Nye County Water District Governing Board.

Shaw Engineering was selected to provide engineering support “to sift through all of the items” in the groundwater management plan that relates to physical infrastructure, Wichman said

“The physical infrastructure in the groundwater management plan is where the money lies,” Wichman said at the Jan. 18 meeting.

The governing board approved a contract after Sunrise Engineering, Shaw Engineering and Carollo Engineering were interviewed in an open meeting in Tonopah on Dec. 19.

Each firm was evaluated by the selection committee, consisting of Dave Hall, Dennis Gaddy and Joe Westerlund.

At the Jan. 18 teleconference, four members of the board, which constituted a quorum, took a vote on the contract with Shaw Engineering. The contract was approved with three members voting for it and one member abstaining from the vote. The contract went into effect on Jan. 18.

A total maximum fee charged by Shaw Engineering shall not exceed $50,000, according to the documents.

According to the contract, the engineer shall provide professional engineering services for preparing engineering reports further defining future projects to be considered for the community of Pahrump specifically related to reducing the declining groundwater levels.

Completion of the work is anticipated to be completed by June 1, 2017.