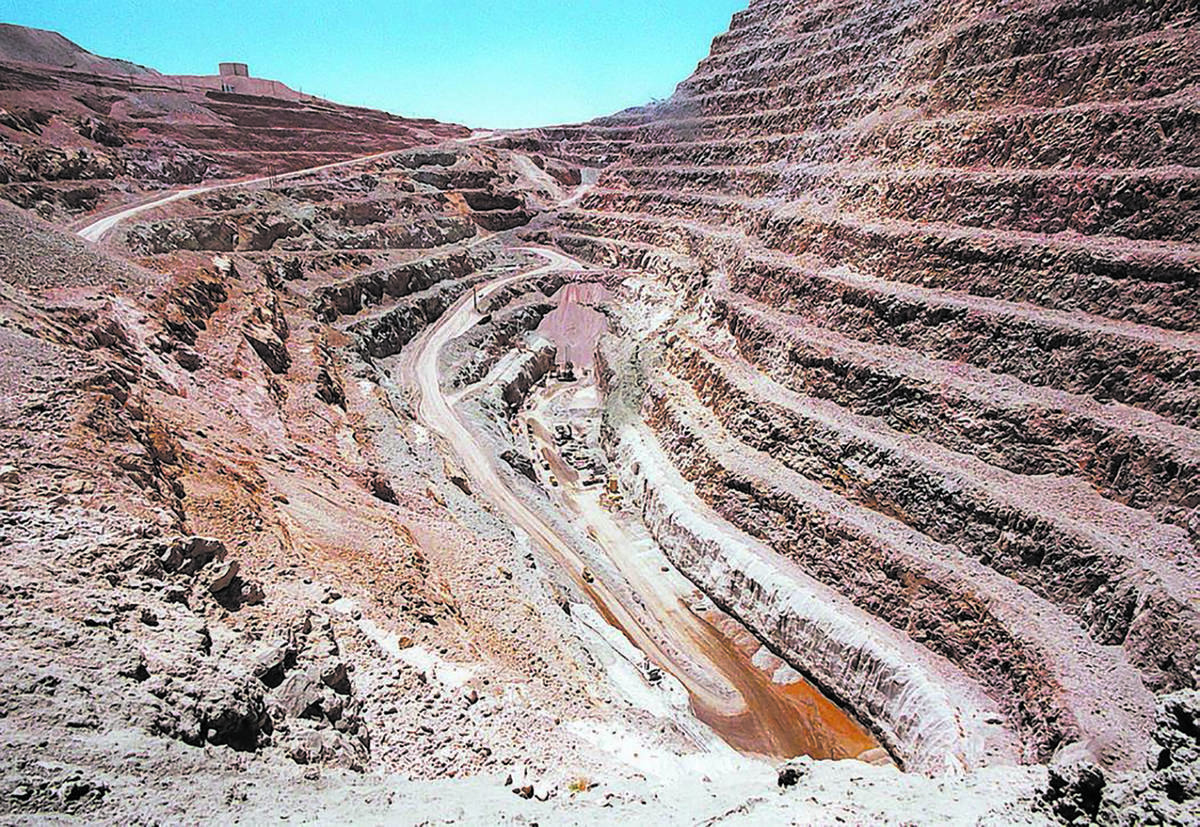 Gary Thompson/Las Vegas Review-Journal file Open pit area of the Barrick Bullfrog Gold Mine as shown in an undated file photo. Barrick Gold completed mining of the Bullfrog Mine in 1999.

This project is expected to be the company’s second and separate mine development target in a central location surrounded by other recent discoveries in the Bullfrog Mining District.

The initial PEA does not take into account any potential synergies and cost savings from having the North Bullfrog project approximately 6 miles on the basis that the Mother Lode Project is viewed as a 100% standalone property and development project, with its own timeline and infrastructure.

The Mother Lode Project might provide Corvus with a future production growth option to increase its gold production profile in the Bullfrog Mining District beyond its initial mining project at North Bullfrog. Mother Lode could position Corvus for expanding organic production growth and possible further district consolidation of other assets.

“The results from our initial PEA study of the Mother Lode standalone project are encouraging,” Corvus President and CEO Jeffrey Pontius said. “The potential projected annual gold production of over 200,000 ounces per year during the first three years is significant, especially as a new project, which could provide an increase to the Corvus Gold future production profile.

“The PEA demonstrates the preliminary potential for the project, on its own, to produce significant free cash flow and after tax NPV of 5%. Corvus now has a number of strategic alternatives available to it to drive shareholder value. Given the recent interest in the Bullfrog Gold District from multiple producing companies with adjacent land packages, Corvus’ compelling and accretive projects and its commanding land position with what we believe is demonstrated high exploration potential has positioned the company to deliver increased shareholder value.”

Ongoing work expanding Mother Lode resources in the area and the main zone with ongoing work at improving the open-pit mining and development plans will enhance project economics.

New experimental work on conducting the BiOx process in a heap is being tested as follow-up on past successful studies and could substantially cut operation and capital costs with the elimination of the mill circuit.

The PEA only includes drill results completed through September 2020.

In addition, Corvus will continue follow-up mineral resource expansion work and new discovery drilling on priority targets at both the North Bullfrog and Mother Lode properties through 2021.