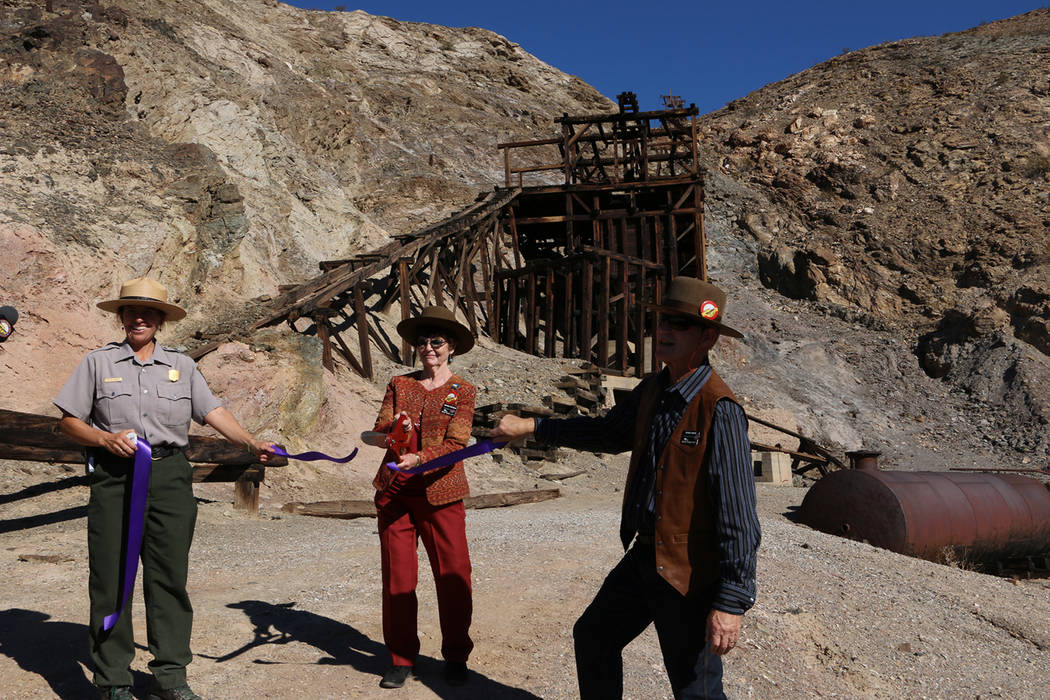 Special to the Pahrump Valley Times Members of the ‘49ers joined park staff and other visitors as ‘49ers President Virginia Stockman cut the ribbon and Superintendent Mike Reynolds welcomed participants and invited all to explore the area.

Members of the ’49ers joined park staff and other visitors as ’49ers President Virginia Stockman cut the ribbon and Superintendent Mike Reynolds welcomed participants and invited all to explore the area.

Keane Wonder Mine is one of the best examples of historical gold mining in Death Valley National Park. The photogenic aerial tramway still has ore buckets hanging from cables.

In the early 1900s, miners used the tramway to lower 70 tons of gold ore per day down the steep Funeral Mountains.

More than 250 people visited the site on its opening date with rangers showing historic photos and providing information and tours.

The mine was one of the most popular sites in the park prior to its closure in 2008.

The National Park Service (NPS) had established a temporary closure on the area due to safety concerns.

Keane Wonder Mine is now open every day and is accessible on a graded dirt road off of the paved Beatty Cutoff Road, the Park Service said.