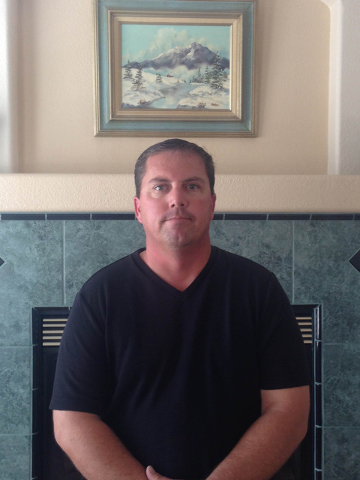 A local home builder is celebrating its return to business with a ribbon cutting at their model home May 19.

AVCO Builders, formerly known as AVCO Construction, is returning to business after being hit hard by the 2008 recession with its new name and a new owner/operator.

Scott West took over AVCO officially in August, and since then re-branded the company and is looking ahead to focusing on Pahrump’s home building needs, starting with the ribbon-cutting ceremony.

The ceremony will take place at 11:45 a.m. on Tuesday at AVCO’s upscale, Marque model, which is one of around 20 floor plans the company offers.

The model is located at 220 Winery Road, and the event kicks off at 11 a.m. with hamburgers, hot dogs and refreshments being served.

“We’ll have the model available for an open house, so that people can walk through it and kind of see what we do,” Scott said.

Scott explained the improving economy is not only seen with AVCO returning, but the community as a whole as well.

“Businesses are coming back, which is not just me, you look around town you see all these offices that have been sitting empty for who knows how many years are filling up,” he said.

Coming back into business after a rough recession left a tough business climate to deal with as AVCO returns in one of the hardest hit industries, the real estate market.

“The market, the way it’s been, it’s been really difficult to build with all the repossessed houses, and the market had dropped so much that to build a house wasn’t economical, when you could buy a (pre-existing) house for so cheap.” Scott said. “Now the market is turning around, values are coming up, so we’re starting to see people more interested in wanting to build again.”

“It’s really tight still, but it’s getting to the point that a person can have a house built and still have equity in it.”

AVCO’s roots in Pahrump date back to 1993, and has built several thousand homes in the area over that time. Scott is looking to carry on what the original company put in place, and still has their previous resources to ensure a smooth transition.

“I have all the models, all the floor plans and everything,” he said. “It’s still the same company, but it’s mine now. So it’ll be all the same stuff.”

Scott, who has over 25 years in construction experience, has worked with AVCO before taking over ownership as a home inspector in town for nine yearss with his inspection company, A Closer Look.

Previously, AVCO has also done business in Las Vegas, but with a big increase in building taking place over the hump, Scott wants to concentrate on the local market at this time.

“It’s possible (to work in Las Vegas) but our main focus is Pahrump,” he said. “We know the area and Vegas is just over grown, it’s just crazy in Vegas right now, building-wise.”

It being so busy in Las Vegas should translate to some of the same in town, as Scott explained that the trends seen there usually take place here as well.

“With as crazy as Vegas is, you can expect Pahrump to follow suit,” he said. “I would expect to see it picking up because of how Vegas is right now.”