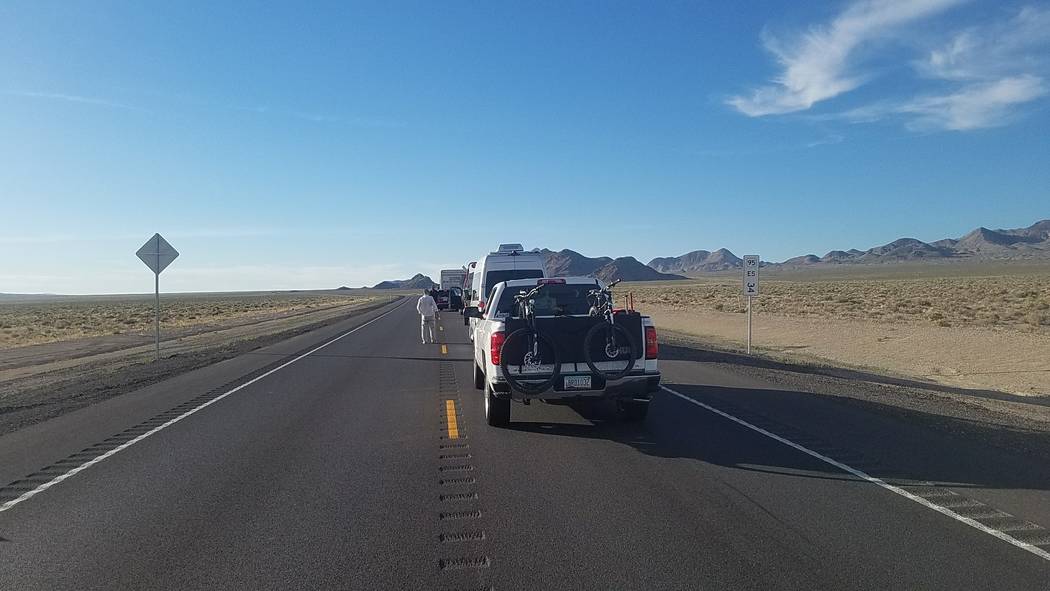 David Jacobs/Pahrump Valley Times Traffic stopped along U.S. Highway 95 between Goldfield and Tonopah as shown in a 2017 file photo. A major project to relocate a 2.5-mile stretch of Highway 95 near Goldfield is underway. 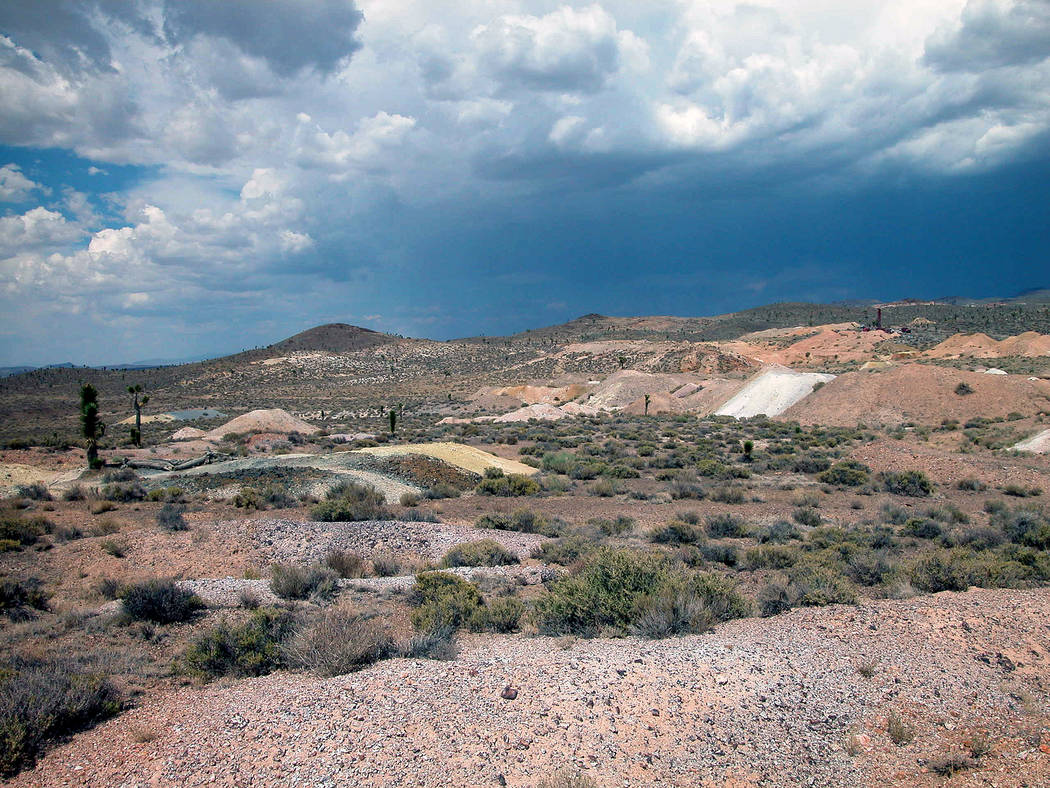 Special to the Pahrump Valley Times/Gemfield Resources LLC Waterton Global Resources Management Inc., through its portfolio company, Gemfield Resources LLC, received final state and federal permits in mid-September. Infrastructure projects, including moving a portion of U.S. Highway 95, is set for completion in the spring of 2020.

Two temporary detours will be set up in the area of a relocation project of 2.5 miles of Highway 95, near Goldfield, a project delayed by weather conditions. The detours will be set up on the major artery that runs between Las Vegas and Reno while crews connect a new highway, being built just to the west, to the existing road.

“During construction of the connections of the new highway to the existing highway at both ends of the project, we will shift traffic onto temporary detours around the construction work zone,” said Lee Jacoby of Horrocks Engineering. “We originally anticipated this to happen in early to mid-December, but due to weather limitations, we will now be doing the switch the first week in January.”

An exact date to the switch hasn’t been set yet, though it will be based on weather conditions, according to Jacoby.

Ames Construction is the general contractor on the relocation project.

The temporary detours will allow for a two-lane road, one lane in each direction, to be in operation while crews connect the new highway to the existing road. Speeds will be reduced to 40 mph within the road project’s corridor.

Gemfield is urging motorists to “exercise caution” while driving through the construction zone.

Gemfield states that Dump Road is still temporarily closed between U.S. 95 and the dump. People should use Cemetery Road for access to the dump.

Work on the relocation of the utilities is continuing to advance.

Gemfield’s highway relocation project got underway this fall, in partnership with the Nevada Department of Transportation.

The relocation project is expected to be completed by the spring of 2020 for a gold mine enterprise expected to bring hundreds of direct and indirect jobs to the area, according to a news release from Toronto-based private equity firm Waterton Resource Management Inc., which holds Gemfield in its portfolio of companies.

For more information on the realignment project, go to bit.ly/2qnBShG