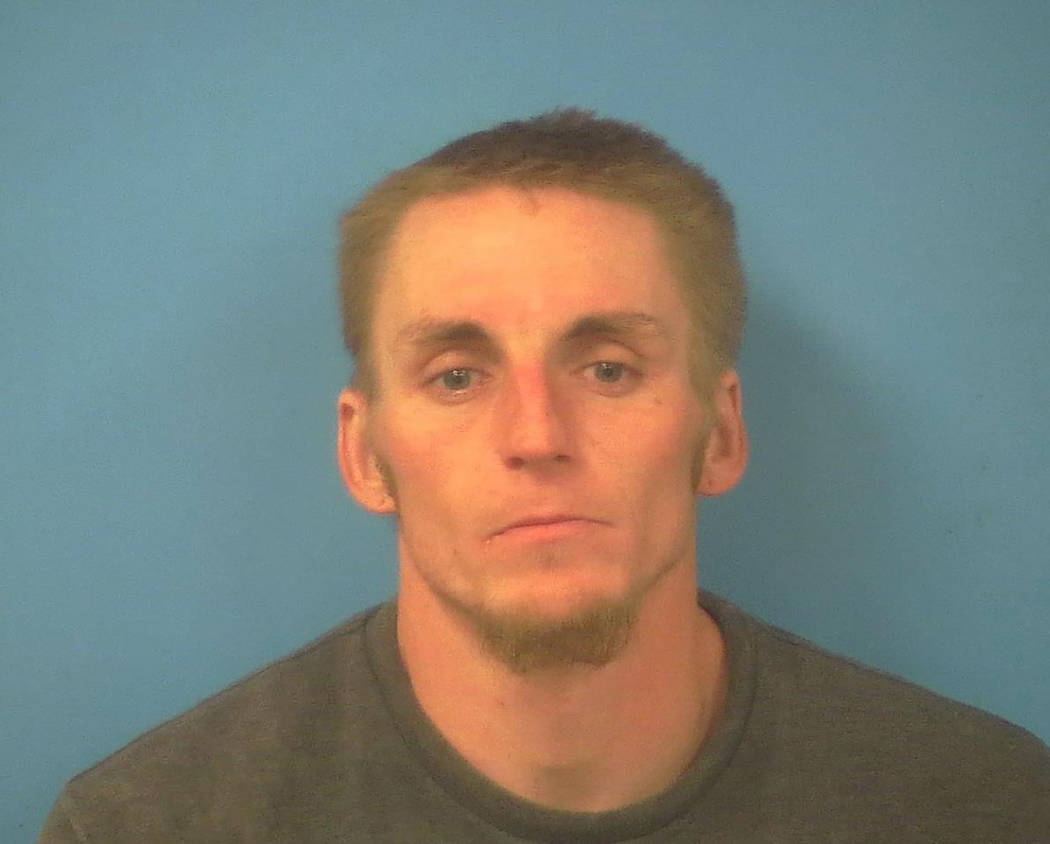 Special to the Pahrump Valley Times Pahrump resident Jeffrey McMahon, 29, was taken into custody on Wednesday May 16, at 5 a.m. Deputies were able to locate McMahon not long after making his identity known to the public.

Nye County Sheriff’s deputies say they have arrested the man suspected of robbing two local businesses on the same evening.

A sheriff’s office news release stated Pahrump resident Jeffrey McMahon, 29, was taken into custody on Wednesday, May 16, at 5 a.m.

Deputies were able to locate McMahon not long after making his identity known to the public.

The second such incident was reported just after 11 p.m. at the Maverik gas station on Highway 160 near Homestead Road.

An in-store surveillance video had depicted a suspect wearing blue jeans and a black hooded sweatshirt.

The sheriff’s office initially sought information on two individuals that they suspected were involved in the robberies, but it was later determined the couple were not involved.