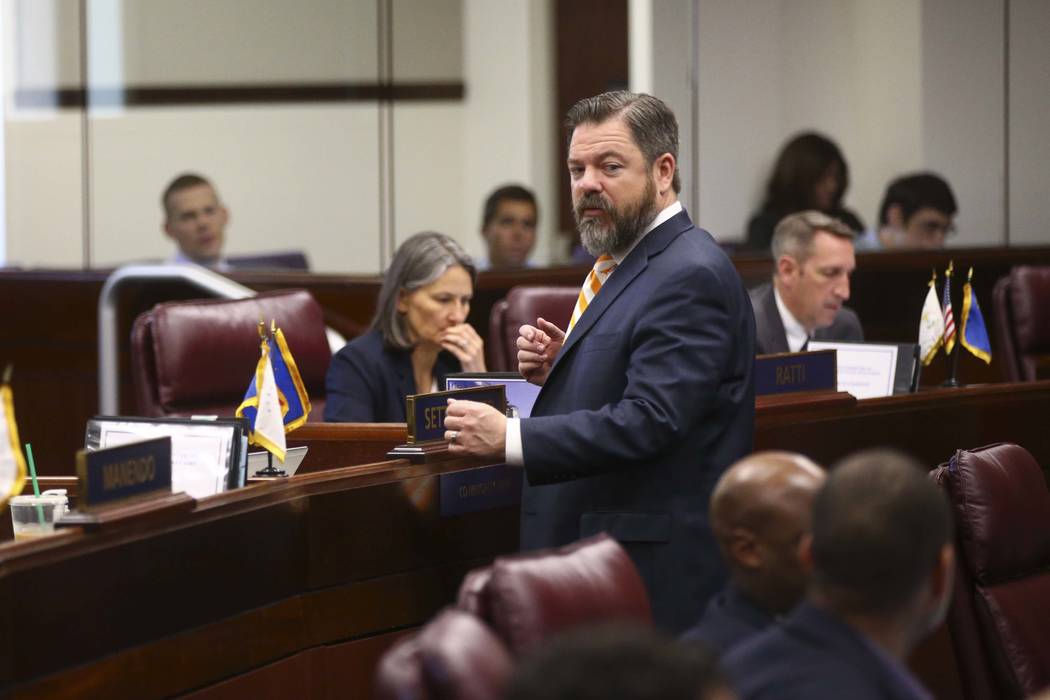 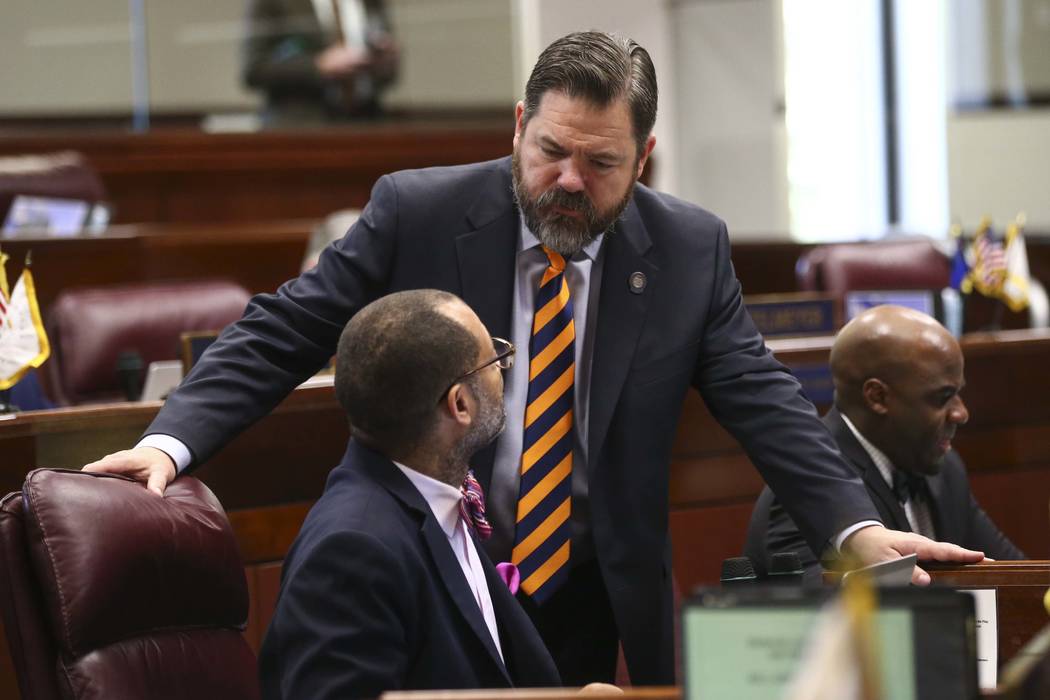 State Senate Minority Leader Michael Roberson, R-Henderson, is officially running to be Nevada’s next lieutenant governor, according to a Monday announcement.

“With the experience I have gained as a business attorney, assisting numerous job providers in Nevada’s leading economic industries, as well as serving the people of our great state in elected office, I believe I am uniquely qualified for this position,” Roberson said in a statement.

Roberson’s announcement was long expected but contingent upon Nevada’s incumbent Mark Hutchison giving up the seat. Last week, Hutchinson announced that he will not seek re-election in 2018.

No Democrats have announced their candidacy for the lieutenant governor’s race. But former two-term Nevada Secretary of State Ross Miller confirmed to the Review-Journal last week he is considering a return to politics.

Roberson, an attorney, was first elected to Nevada’s Senate District 20 in 2010 and won re-election in 2014.

He ran for Congress in 2016 in Nevada’s 3rd Congressional District but lost to Danny Tarkanian by 8 percentage points in the primary. Tarkanian went on to lose in the general election to Democrat Jacky Rosen.

The announcement leaves Roberson’s seat vacant for the upcoming election.

And by Monday, Republican Byron Brooks, the owner of a bail bonds company in Las Vegas, had jumped in the race to replaced Roberson.

Brooks, a first-time candidate, told the Las Review-Journal he decided to get into politics because “it’s an opportunity for me to increase the availability of my support to my community.”

Brooks said he has served as a mentor in Henderson Veterans Treatment Court, an alternative program for veterans charged with misdemeanor crimes, and said he hopes to work on legislation that will improve and support those programs.

Brooks also formed the Nevada Veterans Alliance, a nonprofit aimed at providing financial support and guidance to veterans returning home from service. He also said he wants to work on laws that will help ease the transition of veterans from service to civilian life. Brooks said he wants to work on new laws that will ease that transition for service members.

“There’s has to be additional resources for veterans in our community,” Brooks said.

Brooks, 48, grew up in Las Vegas and graduated from Western High School.

Assemblyman Keith Pickard, R-Henderson, is also considering a run for Roberson’s seat, according to multiple Republican sources. Pickard was first elected to the Assembly in 2016. He did not immediately respond to requests for comment for this article.