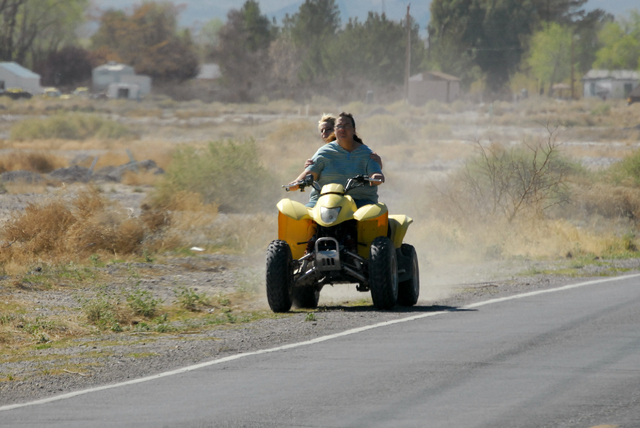 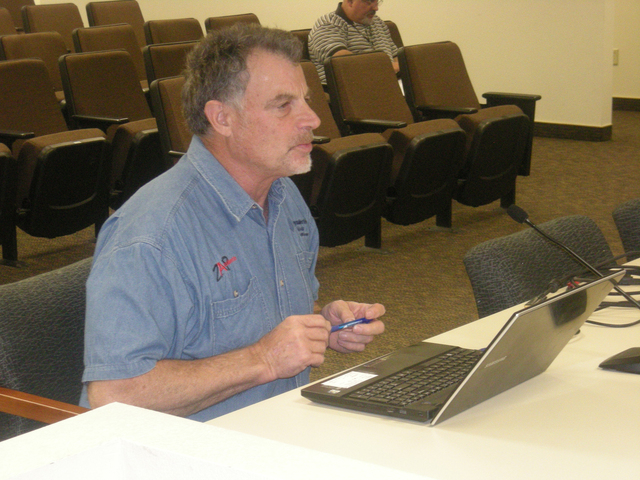 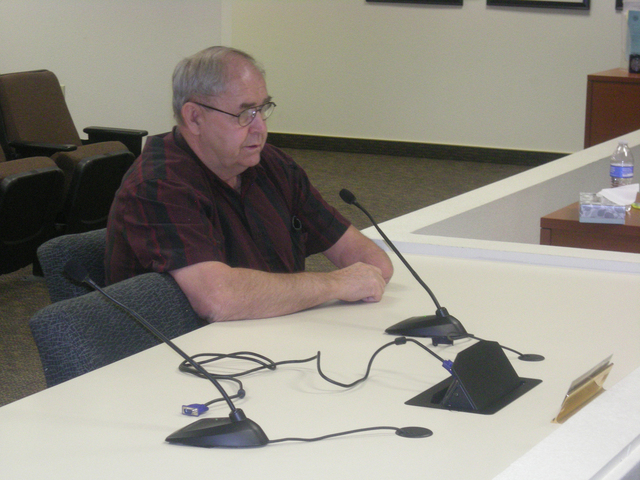 A proposal to allow off-road vehicles to share use with regular vehicles on county rights-of-way got a warm response from the Pahrump Regional Planning Commission Wednesday, which directed county staff to draft a bill.

Bob Adams, chairman of the Pahrump Public Lands Advisory Committee, said the off-road bill originated with the town tourism advisory board as part of the campaign designating Pahrump as the “Base Camp to Adventure.”

A support letter from the town of Pahrump cited a 2002 Arizona State University study that off-road use contributed $3 billion to the state’s economy, creating 36,951 jobs. When the Paiute ATV Trail system opened in 1980, it tripled the seven businesses operating in Marysvale, Utah, a small town at the center of the trail system. One of them was an 80-space recreational vehicle park with 90 percent occupancy from the spring to the fall.

Planner Cheryl Beeman said state law was changed recently to allow off-highway vehicles to be driven on local roads in Nevada. Adams said under the proposal, people could drive off-road vehicles on county-maintained roads to their staging areas, but could only cross state highways like Highway 160 and 372 in a perpendicular angle.

“Pahrump’s got an ideal location in Southern Nevada, the fact we got the west side of the Spring Mountains which is the only side open to off-road vehicles,” Adams said.

Signs would be posted alerting ATV drivers to Pahrump businesses, Adams said. Noise is a consideration, he said vehicles would have to be below 96 decibels. The bill would also allow minors to be licensed to drive off-highway vehicles.

“At this point rather than pick out selected routes coming through the neighborhoods I think it would be wise to designate all county roadways for use by OHVs and this would be only for traveling to or from riding areas,” Adams said.

The county passed on a request to the Nevada Department of Transportation by the Town of Tonopah to allow OHVs in that community to be operated on state highways as well as going to staging areas. Adams said the county could consider a similar proposal for Pahrump. But RPC member Bill Dolan, while he thought it was a great idea for bringing in tourism, had concerns about off-road drivers being able to safely cross those highways, particularly Highway 160 where the speed limit is 65 mph near Mountain Falls subdivision. Adams said motorcyclists use highways too, he added off-road vehicles would be easier to accelerate than someone towing a trailer up a hill.

“The ATVs are going to be following the same traffic laws that a driver is. They’re not simply going to pull out in front of you. Accidents happen that are never intended,” Adams said.

Dolan replied, “An ATV pulled out in front of my wife. She clocked him because he wasn’t paying attention.”

Hafen said in Utah large signs are posted at the entrance to communities alerting motorists about off-road vehicles traveling on the highway, a suggestion that drew support from RPC members.