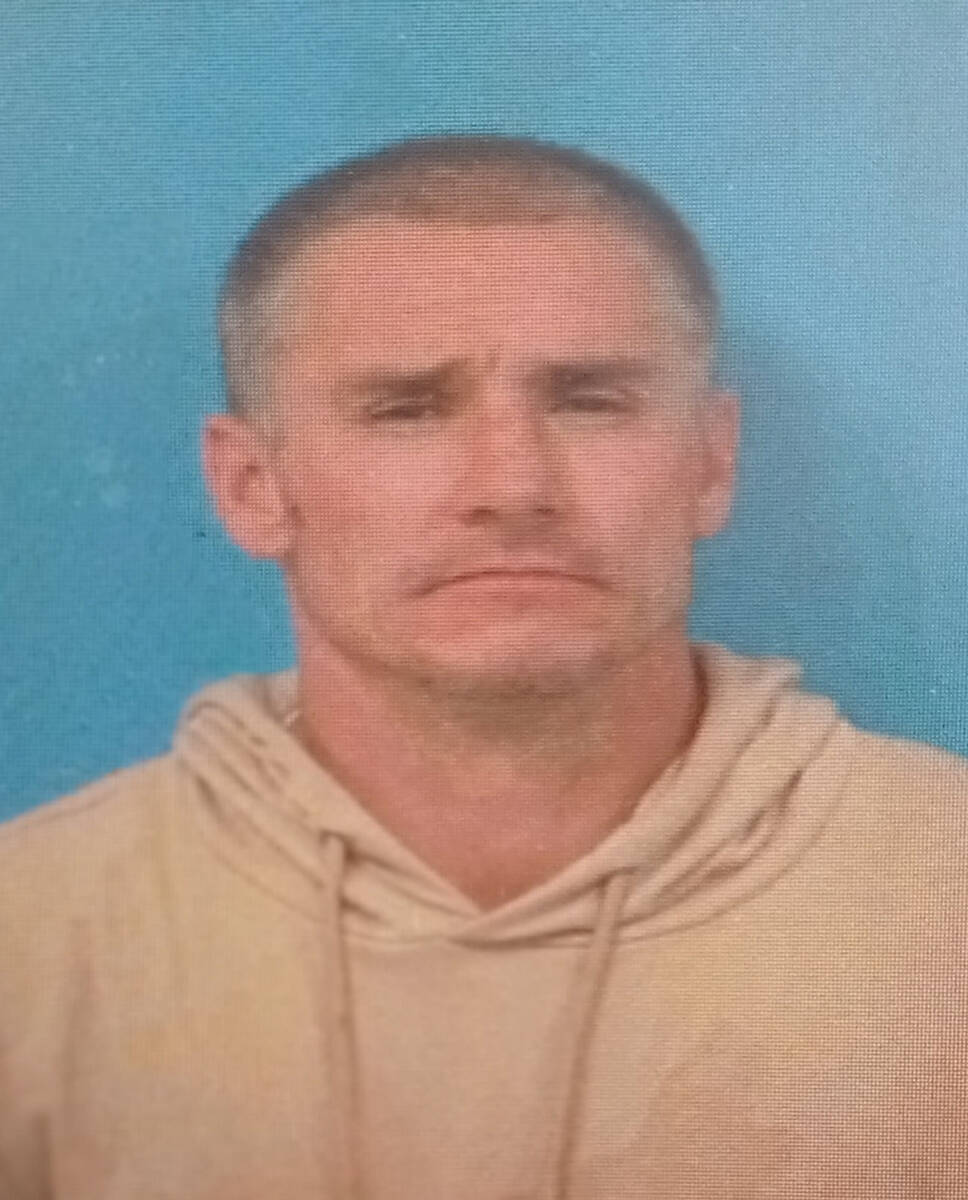 A man was arrested in Pahrump after an incident involving a knife, according to authorities.

It was just before 9 p.m. on Sept. 30, when Deputy Michael Tulipat was dispatched to the Wildside Bar, on the 2100 block of Gamebird Road after dispatchers received the information.

“Dispatch advised that the subject was possibly on Jackie Street waving a knife,” Tulipat’s report stated. “Upon arrival to the area, several deputies located a white male, later identified as Marcell Trujillo, who was brandishing a knife over his head in a rude, angry, and threatening manner in violation of Nevada Revised Statute 202.320.”

After receiving several commands for Trujillo to drop the knife and get on the ground, the report noted that Trujillo allegedly made several lunges toward the deputies with the knife in a deadly and threatening manner.

“He refused to drop the knife and told us to shoot him several times,” according to the report. “Marcell willfully resisted, delayed and obstructed a public officer in discharging or attempting to discharge any legal duty by refusing to put the knife down, in violation of Nevada Revised Statute 199.280.2, where a dangerous weapon other than a firearm, is used in the course of resistance.”

After not complying with additional commands to drop the knife, the decision was made to deploy a “less than lethal” round at Trujillo, which caused Trujillo to drop the knife, and was eventually taken into custody and transported to the Nye County Detention Center, according to authorities.

No serious injuries were reported, the report stated.