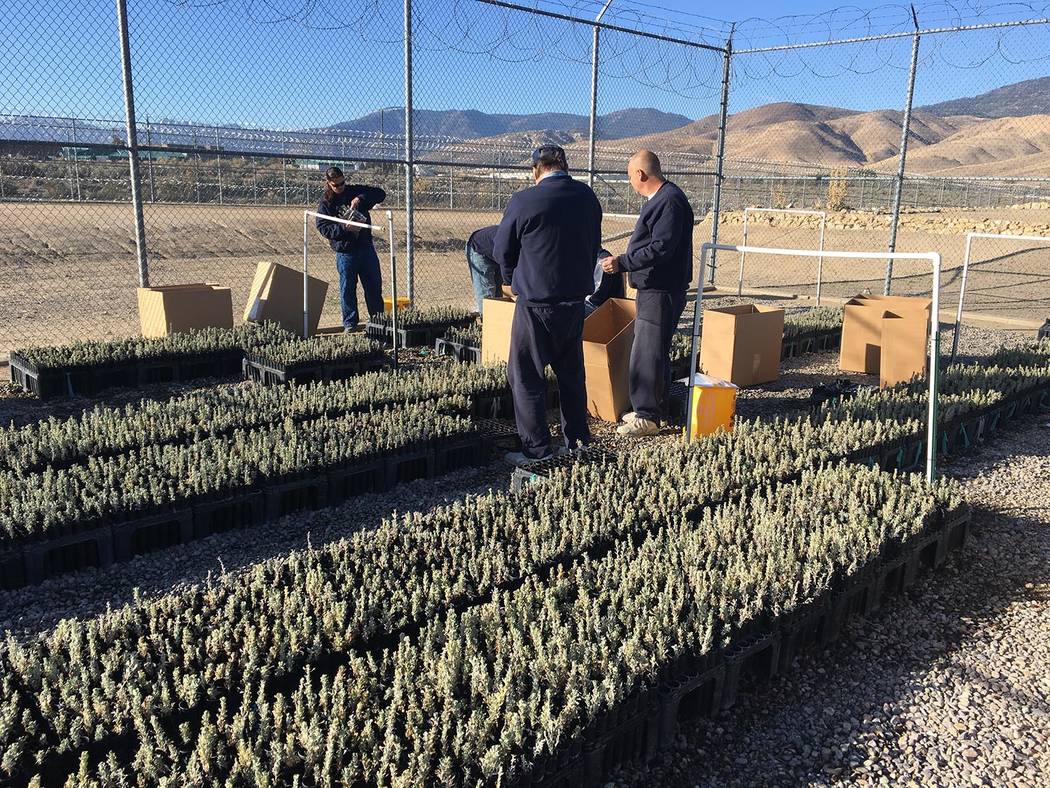 Nevada Department of Corrections The "Sagebrush in Prisons Project" is a nationally recognized program where inmates at correctional centers in Carson City and Lovelock raise sagebrush from seeds to the planting stage. 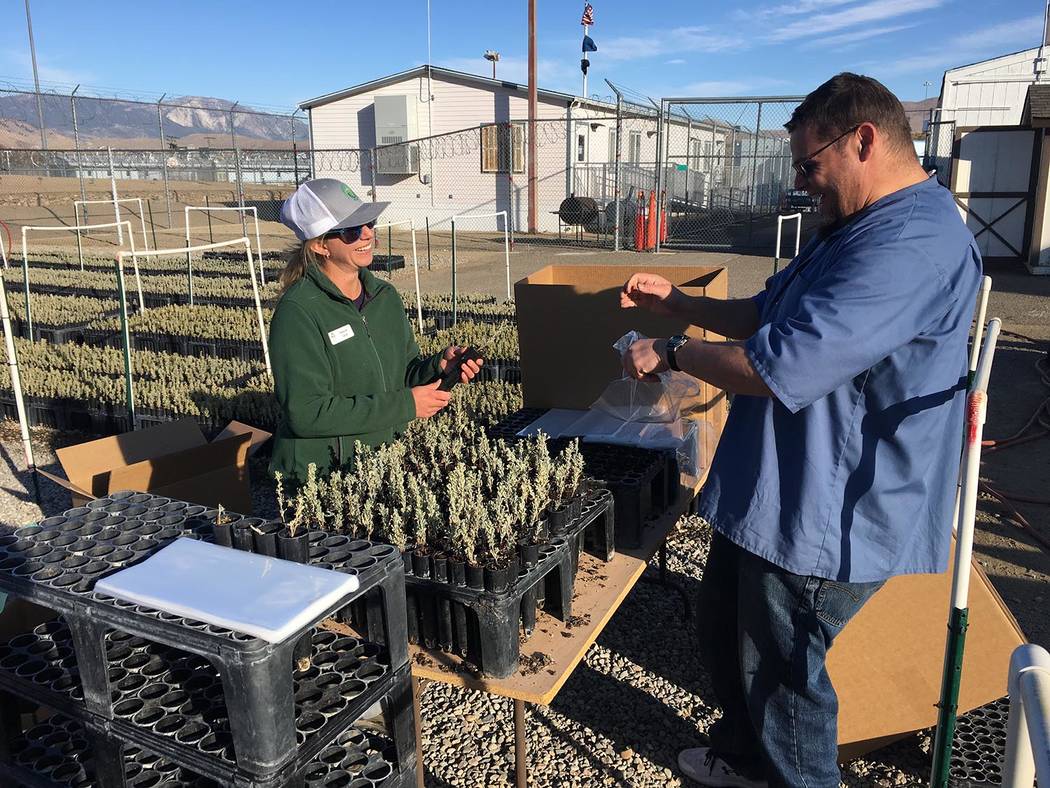 The “Sagebrush in Prisons Project” is a nationally-recognized program where inmates at correctional centers in Carson City and Lovelock raise sagebrush from seeds to the planting stage. Then, BLM staff and private contractors plant the sagebrush in wilderness areas ravaged by fire.

“This is a great program for our inmates because they gain horticulture skills while developing the patience and investment necessary to raise sagebrush,” Harold Wickham, the Nevada Department of Correction’s acting director, said in a news release. “This is also a great program for Nevada because it rehabilitates fire-scarred areas while restoring sage grouse habitat.”

It was for this reason that a dozen inmates carefully packaged 80,000 sagebrush for transport on a cold and cloudless day at Warm Springs Correctional Center in Carson City.

One of these inmates, Patrick McKinnon, said he liked the hands-on nature of the work.

“We micro-managed the plants during every step of the way, checking their PH levels and soil-water content every day. We covered them with tarps when the weather got bad. All of this work prepares the sagebrush for the day they can be replanted. We feel good about doing something that benefits the state.”

McKinnon and his fellow inmates worked under the watchful eye of Shannon Swim, the Institute for Applied Ecology’s Nevada contractor who trains and works directly with the inmates at each Nevada Department of Corrections facility.

“The inmates put their blood, sweat, and tears into raising the sagebrush,” Swim said in the release.

“They know that wildfires kill sagebrush down to the root, and if we don’t replant scarred areas with sagebrush, invasive cheatgrass will move in.

“This is an important program and the inmates spend months raising the sagebrush and preparing them for planting,” Swim said.

This year’s planting will occur in November and focus on areas scarred by the Martin Fire, which burned 435,000 acres north of Winnemucca in July 2018.

For more information about the Sagebrush in Prisons Project, visit www.appliedeco.org/programs/sagebrush