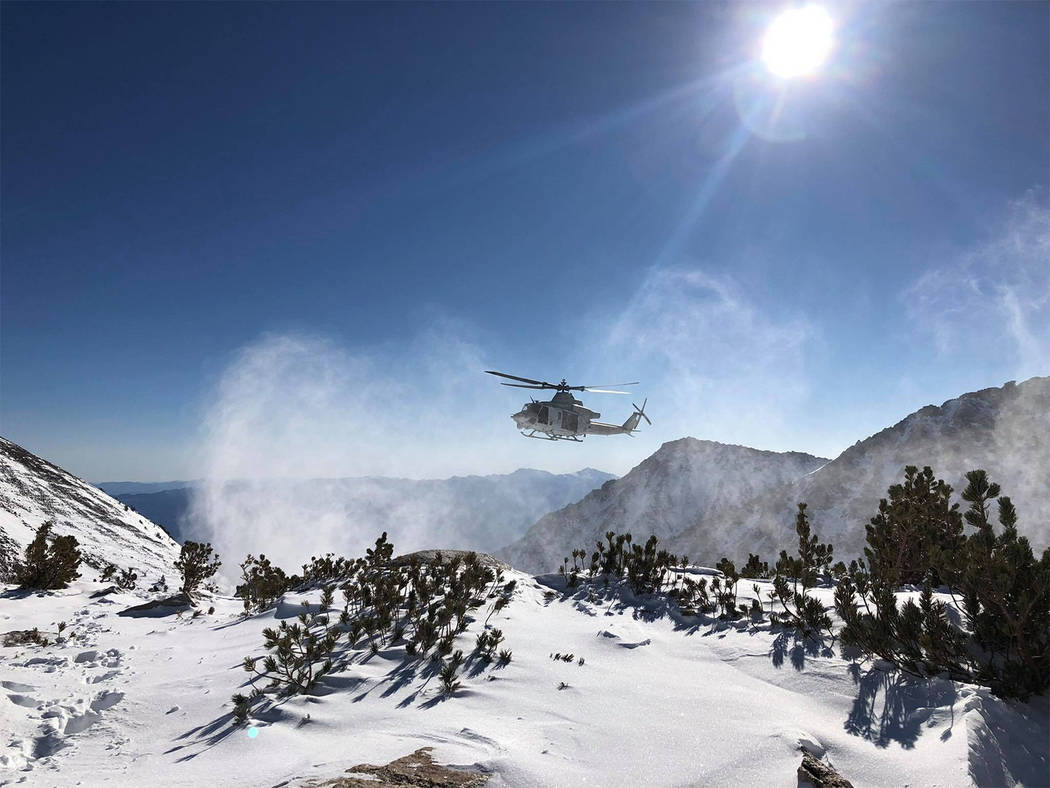 Special to the Pahrump Valley Times The search for the missing U.S. Marine Corps Lt. in Central Sierra Nevada will continue, albeit on a scaled back mode according to authorities. Matthew Kraft, a 24-year-old man from Washington Connecticut, set out on a solo ski and hike trip on Feb. 24 with an itinerary to complete the 195-mile Sierra High Route on March 4 or 5. 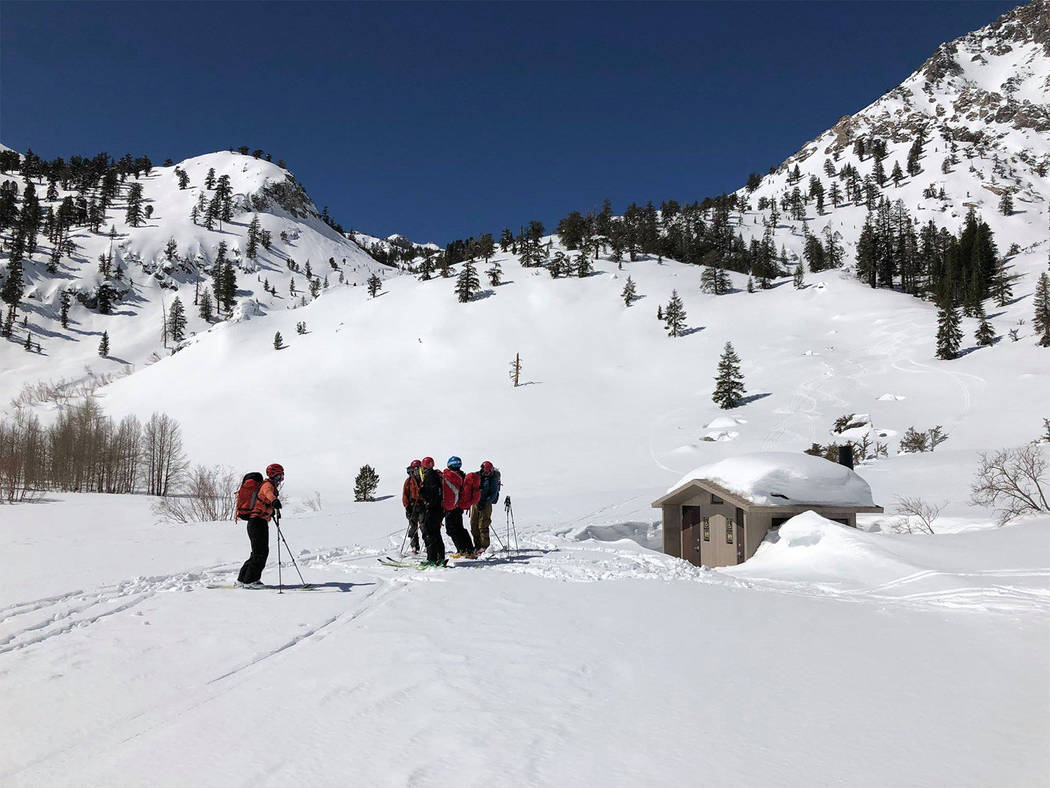 Special to the Pahrump Valley Times The search zone for missing Marine Lt. Matthew Kraft, according to officials has been determined to be larger than the state of Rhode Island and consists of the 195-mile Sierra High Route as well as multiple points of potential exits. The search operation has transitioned into a limited, continuing search status until Kraft is found, authorities said.

The search for a missing U.S. Marine Corps officer in the central Sierra Nevada will continue, albeit on a scaled back mode, according to authorities.

As stated in a March 16 interagency news release, the massive multi-agency search in the Sierra Nevada has been underway for more than a week to locate Marine Corps 1st Lt. Matthew Kraft, a 24-year-old man from Washington, Connecticut, who set out on a solo ski and hike trip on Feb. 24 with an itinerary to complete the 195-mile Sierra High Route on March 4 or 5.

“Beginning today, the search operation will transition into a limited, continuing search status until Kraft is found.”

On March 4, Kraft’s father contacted the Mono County Sheriff’s Office after not hearing from his son.

As a result, sheriff’s deputies began checking trailheads in the Bridgeport, California area that day.

Bridgeport, the county seat of Mono County, California, is located at the intersection of U.S. Route 395 and State Route 182.

It is more than 340 miles northwest of Pahrump.

The news release went on to state that cell phone forensics initiated by officials in Mono County showed that Kraft’s last phone activity was in the Independence area, in Inyo County, roughly 181 miles from the town of Pahrump.

There is no indication that Kraft had ties to Pahrump or Nye County.

“The Inyo County Sheriff’s Office Search and Rescue began a search on March 5,” the release stated. “On the evening of March 8, Kraft’s vehicle was located at the Grays Meadows campground above Independence, Calif. Backcountry snow, instability and weather issues, including high winds, have been a significant challenge for search crews. Both aerial and ground searches have identified avalanche activity, cornices, and snow bridges throughout the wilderness, including along the Sierra High Route.”

Officials also said that the search zone has been determined to be larger than the state of Rhode Island and consists of the 195-mile Sierra High Route as well as multiple points of potential exits.

“Aerial reconnaissance and ground teams have been deployed to the search area, however to date there have been no substantiated clues that link Kraft to any particular search area,” the release stated. “Aircraft with thermal and night vision imagery capabilities have been flying the route and while several points of interest have been identified, all have been investigated and determined to be animal related. Search crews also employed electronic technology, used to find people buried in an avalanche. Search and rescue authorities have been unable to locate evidence of Kraft’s location along his planned route.”

Along with Mono and Inyo County authorities, more than a half-dozen additional agencies, including officials from the Marine Corps, are assisting in the search.

“Those agencies will continue to stand by and support Kraft’s family, friends, and Marines during this difficult time,” the release stated. “This is the final news release about this search and rescue operation, unless new information becomes available. Beginning Monday, March 18, InciWeb, the Incident Information System, being used to relay regular updates, will go into inactive status, meaning updates will no longer be posted, but the page will remain accessible to anyone wanting information about this search.”

For more information about the search, visit: bit.ly/2FetFQM