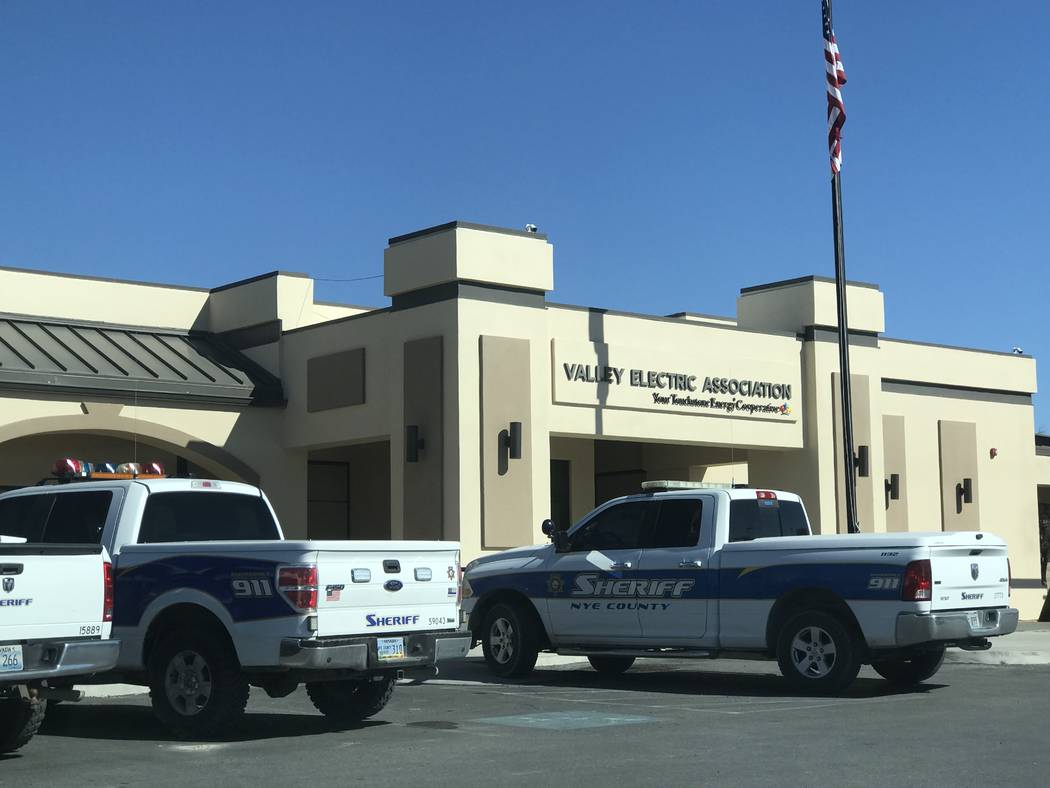 Jeffrey Meehan/Pahrump Valley Times The Nye County Sheriff's Office served a search warrant at Valley Electric Association at 800 E. Highway 372 in Pahrump on Feb. 22, 2019. The warrant was for administrative and financial records.

Roughly a half-dozen marked and unmarked sheriff’s vehicles could be seen in front of Valley Electric just after 8:30 a.m. The co-op’s administrative offices were inaccessible for a short period on Friday morning as officers executed the search warrant.

In a video news release from the sheriff’s office, Sergeant Adam Tippetts said “the warrant stems from an investigation into allegations that former CEO Thomas Husted has sexually harassed a female employee and that Valley Electric key management were paid in exchange for not disclosing the sexual misconduct.”

Tippetts continued on saying that the allegations include the “cooperative monies were used as hush money to paid employees and former employees to ensure the sexual misconduct was covered up.”

A reporter from the Pahrump Valley Times reached out to Valley Electric and Husted. At the time of publication, the reporter hadn’t received a response.

Tippetts said that “It is suspected that the financial payouts may have contributed to the recently announced Valley Electric rate hikes.”

No disruption of service occurred for member-owners of the co-op as a result of the search warrant, Tippetts said.

”This is an ongoing investigation,“ Tippetts said. “Investigations are processing copious amounts of evidence. As a result, no further information will be released at this time.”

Anyone with information regarding allegations are being urged to contact detectives, Tippetts said.

Tippetts stated that “the Nye County Sheriffs Office staff is asking anyone with information regarding these allegations to contact detectives. Although many people may have signed the nondisclosure agreements, this has now become a criminal investigation. And as a witness in criminal proceedings, you are entitled to protections pursuant to law.”

The next update from the sheriff’s office is expected March 10.

A press conference is planned for March 22, though the date and location is yet to be determined.