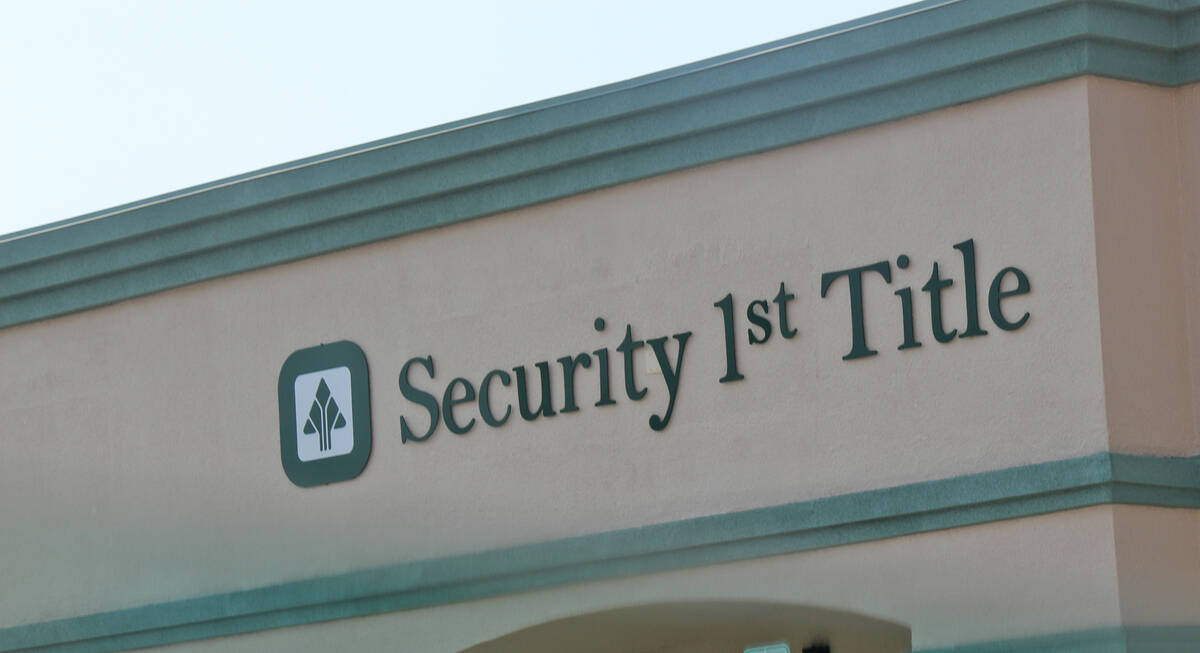 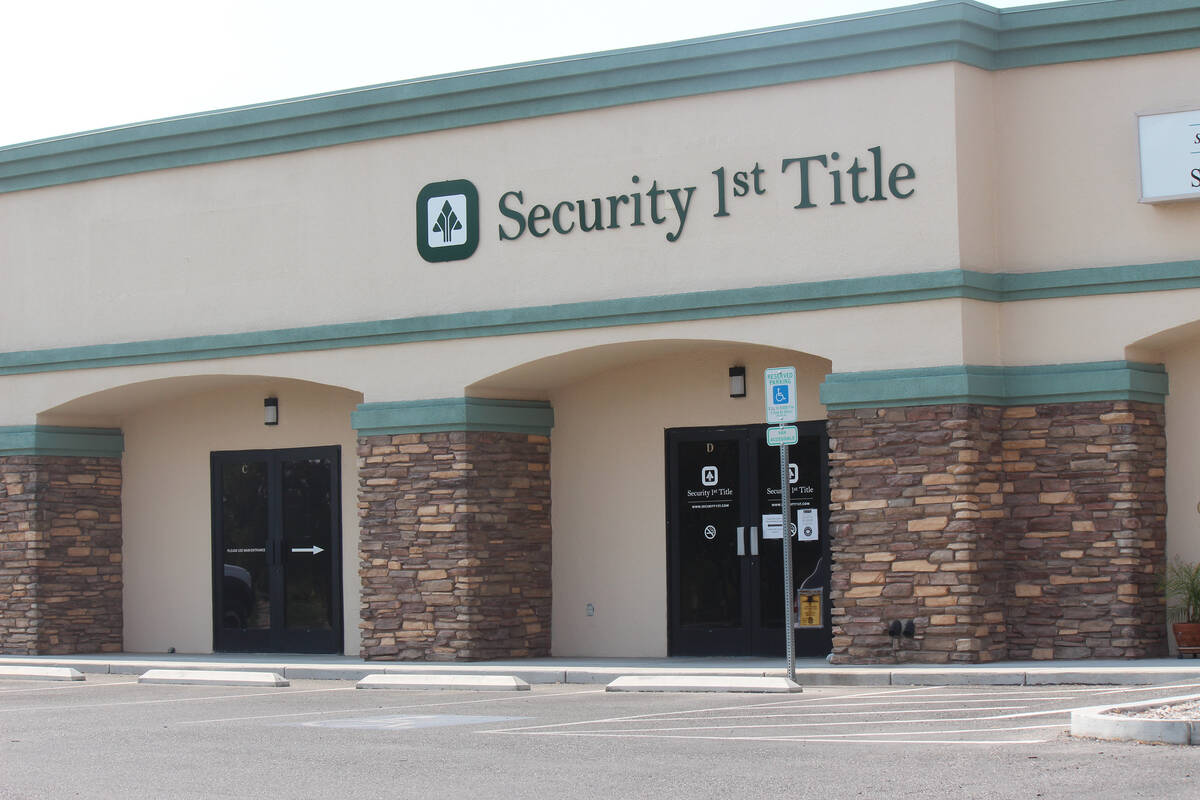 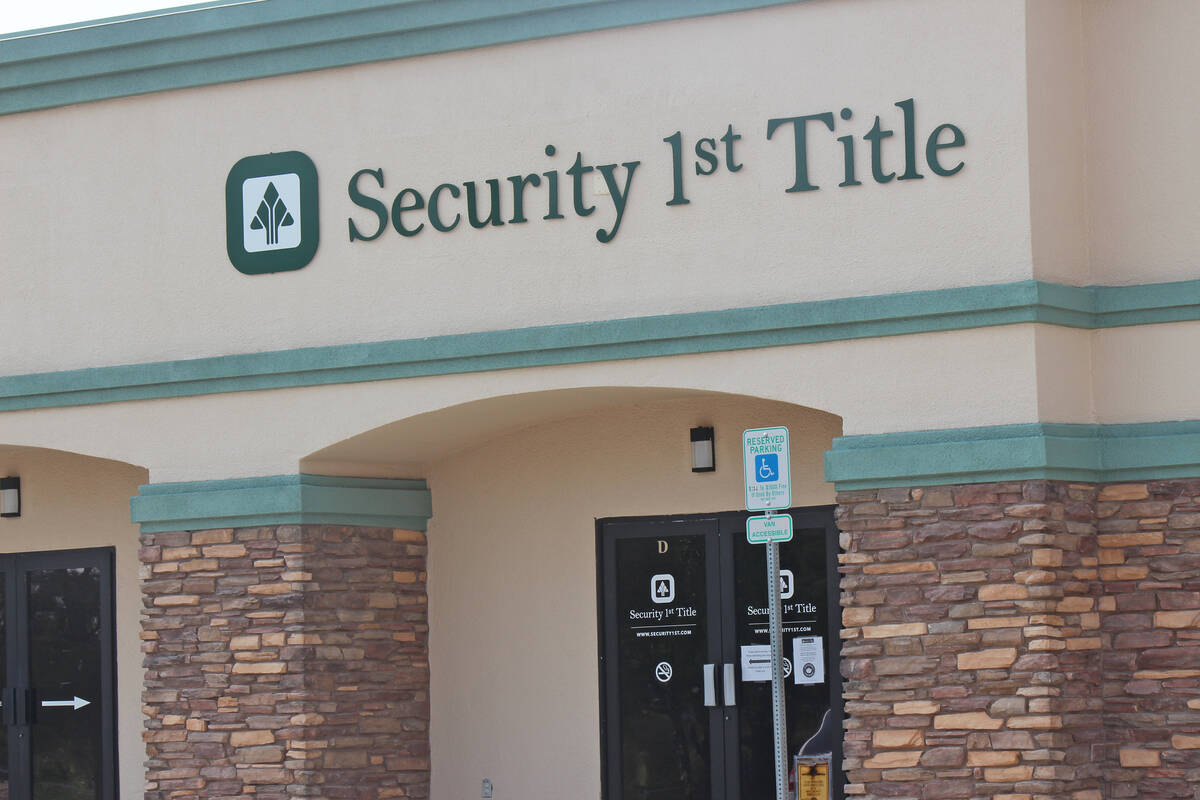 Security 1st Title, one of the largest independent title insurance providers in the U.S., has entered the Pahrump and, in recent months, the broader Southern Nevada market.

Security 1st, with its Pahrump office, currently has two others, one in Summerlin and another in Boulder City with plans for future growth.

Jeff Harris, president of the Nevada division, said the company is planning to have six to seven offices in Southern Nevada, including the Pahrump office. Additionally, the company is looking to have a smaller office in Reno and a later expansion into the counties in Northern Nevada.

But unlike a lot of deals that change the schematic of local brands, Security 1st has kept the core elements and longtime employees in Nevada.

Harris said there were no changes but the signs.

“They’re keeping all the people,” Harris said, which he notes is an important aspect to the company’s CEO Craig Burns. Harris noted that Burns is big on employee development and has a goal of hiring people and retaining them for life.

“I believed in that, and that’s one of the big reasons why I wanted to come and do this project for Security 1st because they just take such a great interest in their people. That it makes it fun,” Harris said.

“Everybody does a better job when they’re happy.”

Harris, who has been in the business in Southern Nevada for 41 years, came out of retirement to lead Security 1st’s Nevada expansion. He said he’s known the family who owns Security 1st for many years and has worked with them.

Harris is a former partner in Nevada Title, which was sold to First American Title in June 2017. He stayed on as president until his retirement in 2018, which lasted roughly two years.

“I thought, I’m going to travel, play some golf, do that kind of stuff everybody always says they’re waiting to do when they get old, and I got bored,” Harris said. “It was terrible.”

Harris said, “I thought, I can only play so much golf. All my friends are still in real estate, and I still have an interest in real estate.”

That’s when the opportunity for Security 1st started to build. But at first, Harris said no, but that did change over time. Harris noted that Security 1st has a really good attitude: “It’s not corporate. It’s more of a creative atmosphere, and they’re financially very strong, and they like to do things first class. And I just thought, that kind of a company, I could do something with. I could help these people.”

Harris said that a lot of people were surprised he took the role, be he said he felt it was the right thing to do: “So far, I’m having a good time,” he said. “I think it was the right decision.”

The company has over 500 employees in those two markets and in Nevada with 76 total locations. The company offers title insurance for residential, commercial, agricultural, industrial, and multifamily real estate. It also offers closing services, escrow contract servicing and 1031 Exchange services.

Security 1st’s Nevada employee count is about 35 with plans to eventually double that.

“Then, we’re just going to pick and choose based on the people that we hire, where they like to be located, what’s convenient for them, near where they live, where their business might be, things like that,” Harris said.

Those additional locations will eventually be located between Green Valley and Summerlin along the 215 corridor.

Security 1st also get involved in the communities where they operate, Harris said.

“You’re going to see our name out there quite a bit here in the future because we do a lot in the communities that the company operates in, and that’s one of their main goals,” he said.

Harris has some positive words to say about Pahrump.

“We’re really proud to be in Pahrump,” he said. “I personally love Pahrump. I love the growth out there. I love the people. I think they’ve got some really good projects going on, and I think it’s a great bedroom community to Las Vegas, and I think the future is bright for that town out there.”