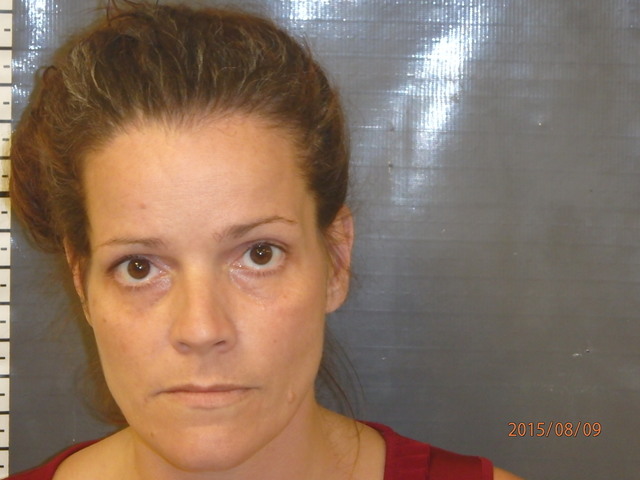 Maria Christina Furtado mug shot on Aug. 9, 2015 when she was arrested on charges related to killing her neighbor's dog. Courtesy of Nye County Sheriff's Office.

After two sentencing hearing continuances, the woman who pleaded guilty to charges stemming from shooting a puppy in front of her two young children will be sentenced Feb. 3, at 9 a.m.

Maria Christina Furtado will be sentenced for two gross misdemeanor charges; one count of abuse, neglect or endangerment of a child, and one count of attempted killing, maiming or torturing of an animal. Furtado was released on Dec. 23 after 502 days in the Nye County Detention Center.

Furtado was arrested on Aug. 9, 2015, and charged with crimes ranging from felony animal torture and child neglect.

Despite the plea, Nye County Deputy District Attorney Christi Kindel also said it remains uncertain whether Furtado’s sentencing will be classified as a gross misdemeanor or category E felony.

The latter is the least serious of felony classifications.

The answer, Kindel noted, will come during next month’s sentencing hearing.

“The judge wanted some briefing on that but we don’t know if the defense has filed a briefing on it yet,” Kindel said. “The plea agreement that we entered into only listed it as a gross misdemeanor and not the category E felony. Prior to this case, (she) had no previous criminal record.”

Kindel said since Furtado was in custody for 16 months, that could meet the jail time requirements of her punishment for the crimes. She added that it’s uncertain what will happen at the sentencing hearing next month.

“(Furtado’s) attorney’s position is that she served all of the time that you can possibly sentence her to,” Kindel said. “We got every last minute out of her in custody and that’s what the judge wanted an additional briefing on. As far as the state’s position on that, she has done around 18 months in jail. It was straight time and there was no contact with her children throughout that entire time.”

The Nye County District Attorney’s Office charged Furtado with taking her neighbor’s dog, driving with her two sons in the desert, and shooting the animal before handing the gun to the older child to finish killing the animal.

She allegedly removed a neighbor’s 6-month-old pit bull puppy from a leash and drove with her two children into the desert near the Front Sight facility, where investigators allege she shot the dog twice before telling her older son to shoot the still-alive canine.

The teen also told police when he and his mother got back to the car, the 3-year-old was overheard saying, “gun shoot dog,” which led police to believe the child had witnessed the shootings.