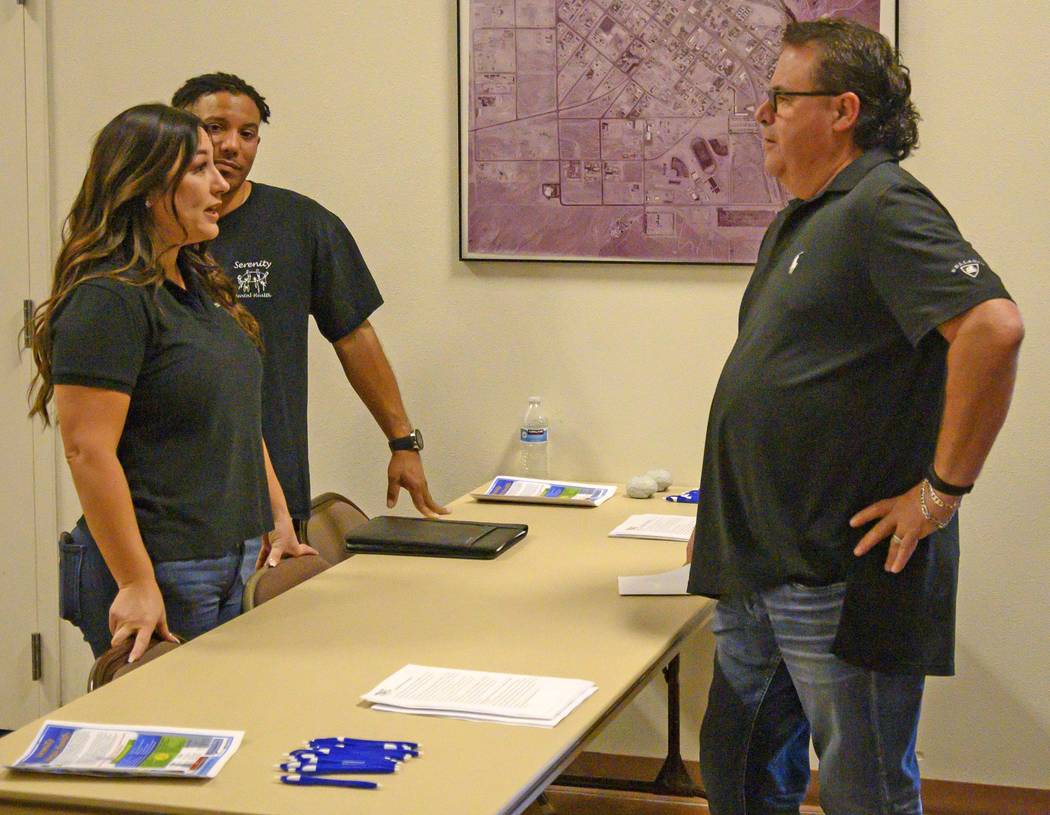 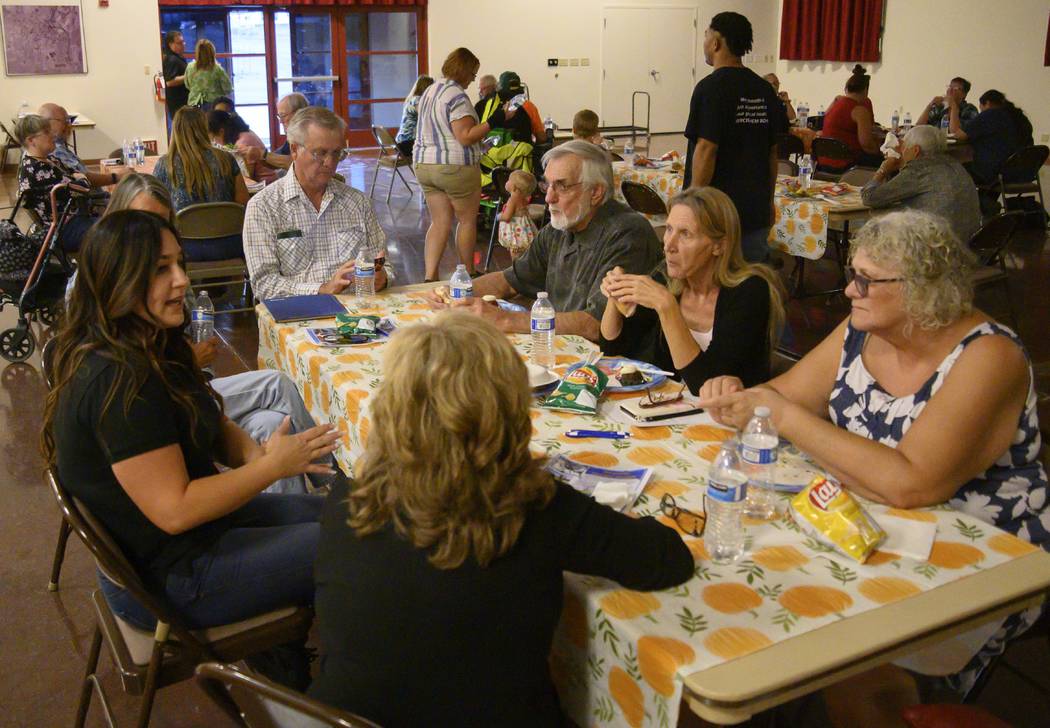 Richard Stephens/Special to the Pahrump Valley Times Cruz (left) talks with some Beatty residents at their table during the Beatty meet and greet with Serenity Health. The Sept. 24 event was held to help determine the health care needs of the community.

Richard Stephens/Special to the Pahrump Valley Times Residents sit at tables during the meet and greet held Sept. 24. The DJ in the background onstage provided music for attendees.

Serenity Health held a meet and greet in Beatty on Sept. 24 to visit with people from the community and get their views on the town’s health care needs.

Dr. Michael Reiner, who operates the Beatty Clinic, attended, wondering if the company was looking to replace him.

Serenity’s Executive Director Gaby Cruz said that was not their intention, and that they might be able to collaborate with Reiner.

Serenity Health began as a mental health company. But Brandon Ford, who heads up the company’s Pahrump office, said that in working with patients, it became obvious that mental and physical health were interrelated.

“Looking at the unhealthy lifestyle people were living,” says Ford, “It’s no wonder they have anxiety or depression.”

In response to discovering the interrelation of mental and physical health, the company has rebranded itself as more than a mental health provider, adding the treatment of physical ailments, in what it calls integrated care.

Serenity is currently in charge of health care for the Pahrump and Tonopah jails, and its providers regularly travel between Las Vegas, Pahrump, and Tonopah.

Cruz says they are now interested in seeing if they can help with the health care needs of the rural area, and they would like to partner with a federally qualified nonprofit to provide primary care. She said that Serenity has a lab and a pharmacy, and that prescriptions could be shipped overnight to rural patients, saving them a trip to a pharmacy in Las Vegas or Pahrump.

Since the company has a health care provider traveling to Tonopah every Monday and Thursday, they are volunteering to deliver food boxes and backpacks from Three Square and Project 150 to the schools in Beatty and Tonopah.

About 50 people attended the Beatty event, which featured food and a live disc jockey.

This was not bad for such an event in Beatty, but far short of what Serenity hoped for.

Cruz blamed the lower-than-expected turnout on the mail.

She said the company that printed the flyers sent them standard mail, and they did not arrive in Beatty to be distributed to mailboxes in time. She said they will probably hold another event in a week or two after residents have received the fliers.