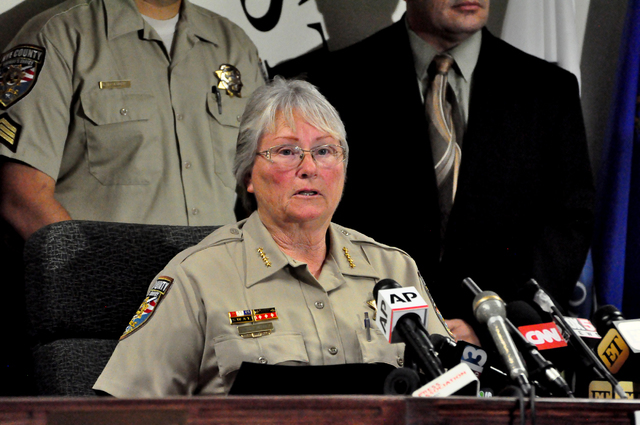 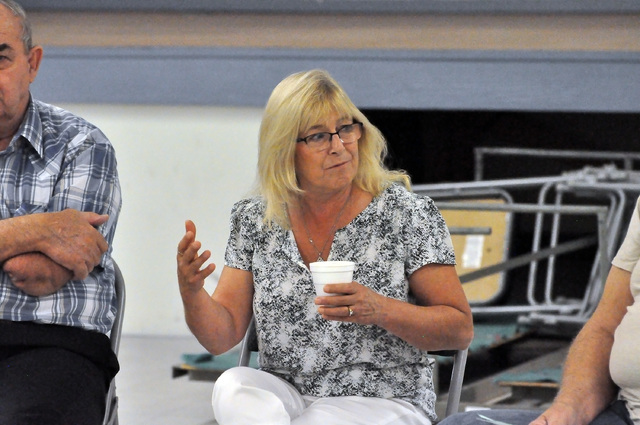 Wehrly and Bello join the majority of Nevada officials who oppose the initiative backed by former New York mayor and billionaire Michael Bloomberg.

Wehrly also said the question should be “a big thing for gun renters” who would be committing a crime under the proposed initiative.

Under the proposal, a firearm could be borrowed to shoot at an established shooting range. The same activity away from an established range would be illegal.

“So that means that we couldn’t just spontaneously go shoot,” Wehrly said.

While the proponents of the initiative say that it will make it harder for criminals to obtain guns, the opponents argue that it will punish law-abiding gun owners and have no effect on criminals.

“Criminals don’t use legal methods,” Wehrly said. “Hardcore criminals actually have their own networking process where they bring firearms from other states or other counties, and they trade them and they sell them and they give them to people.”

“My personal position on Question 1 really doesn’t matter,” Bello said. “However, when a law is written in a manner that makes its intended scope unclear, that makes my professional responsibilities more difficult. I’m afraid Question 1 will be just such a law for a number of reasons.”

As an example, she talked about the lack of the definition of the term “transfer” and use of the phrase “established shooting range.”

Wehrly said she was “mid-ground” on Question 2 that would allow Nevada residents who are 21 and older to possess one ounce of marijuana or less for recreational use.

“I can’t say I’m really keen on it, but that’s totally up to the voters,” Wehrly said.

She said legalization of marijuana is going to add “a lot more problems” to Nye County.

“And we have enough (problems) with alcohol,” Wehrly said.

Bello said she also opposes the passage of recreational marijuana.

“From a prosecutorial perspective, obviously the workload of my office will be greatly reduced if we no longer prosecute illegal possession of marijuana. But in its place will come charges for selling marijuana to underage children,” Bello said.

She said she anticipates child endangerment and charges of similar types to increase, in addition to cases of driving under the influence.

“This is the trade-off I just can’t get behind,” Bello said.

“I look at what is done for other states, and I can’t see where they are much better off. Their jails are full,” Wehrly added.

Several medical marijuana businesses in Pahrump said that they are awaiting legalization of marijuana to expand their operations.

“People think that it’s going to be an opportunity for entrepreneurs in this area,” Wehrly said.