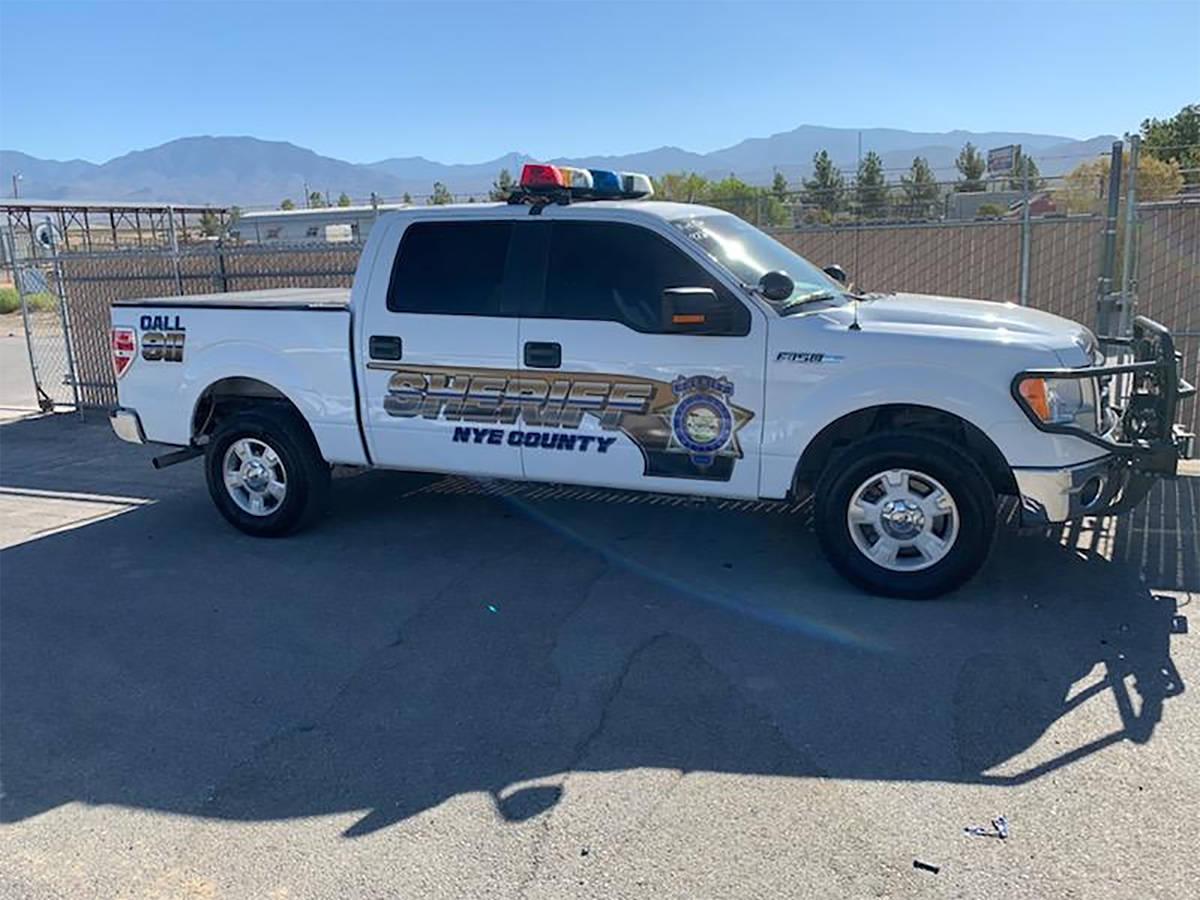 Photo courtesy of NCSO The fleet of Nye County Sheriff's Office vehicles now have new side-decal markings as a cost-saving measure. The previous decals ran from the taillights to the headlights on both sides of the vehicles, whereas now, the new markings are much smaller and are displayed on the doors of the vehicle only.

Sheriff Sharon Wehrly said in a statement that the department decided to change the decals on the side of the vehicles, primarily as a cost-saving measure.

“The change began last year after we purchased twenty used patrol vehicles from Las Vegas Metro,” she said. “During my term, I have been looking for ways to save money without cutting services or resources. Changing these markings is another innovative way to accomplish that.”

Wehrly also noted that the previous decals were quite large and ran from the taillights to the headlights on both sides of the vehicles.

As such, when a vehicle sustains damage to a fender the entire decal had to be changed out at a cost of $1,150 a set for each vehicle, according to Wehrly.

“The new markings are smaller and are placed on the doors of the vehicle only,” she said. “When a vehicle sustains damage to a fender, the fender is replaced, and the decal remains intact at no cost. The cost for a set of the new decals is $587.50.”

The sheriff went on to say that the change has saved the sheriff’s office’s budget $562.50 for each patrol vehicle.

“The previous twenty vehicles purchased from Metro cost $23,000 to apply the decals,” she said. “The last twenty vehicles cost $11,250 using the new design, a savings of $11,750 dollars. Money saved remains in the capital expenses budget for other departments to utilize.”