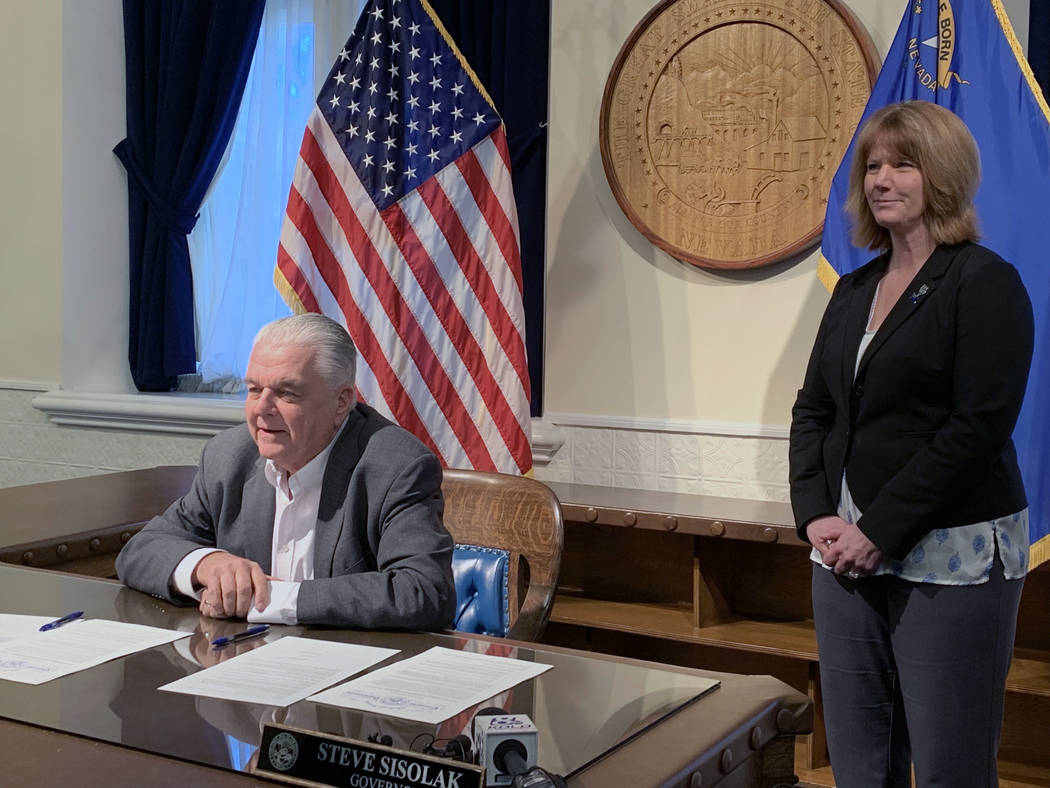 Gov. Steve Sisolak speaks Friday after signing an order creating an advisory panel to draft legislation for Cannabis Compliance Board to regulate the industry. To his left is Melanie Young, executive director of the state Department of Taxation. January 25, 2019. Bill Dentzer/ Las Vegas Review-Journal 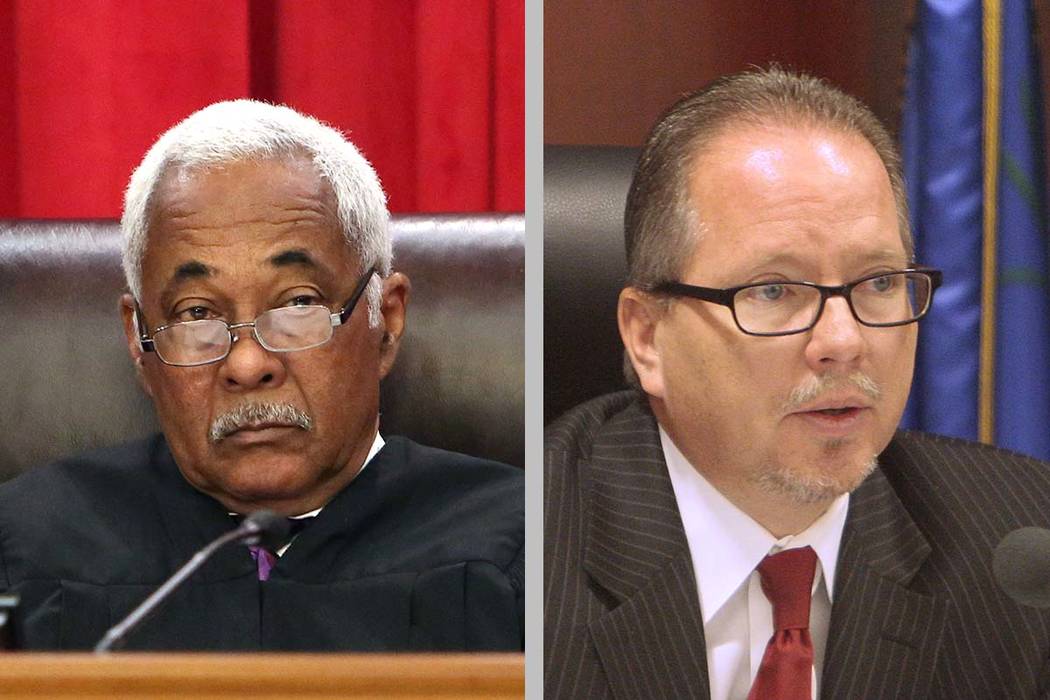 Michael Douglas, left, and Dennis Neilander were appointed as the first two members to the Cannabis Compliance Board, the new regulatory body that the governor has touted as key to regulating Nevada’s legal marijuana industry. (Las Vegas Review-Journal)

Gov. Steve Sisolak announced the appointment of Jerrie Merritt to the Cannabis Compliance Board.

“Jerrie has developed an impeccable reputation in Nevada’s financial sector and has played a critical role in promoting and supporting underrepresented and underserved voices in the Las Vegas community,” said Sisolak in a press release. “I’m excited to bring Jerrie’s unique perspective as a nearly 40-year banking professional and community development leader to the early conversations surrounding the operation and direction of the Cannabis Compliance Board.”

Merritt is eligible for reappointment on July 1, 2021.

Merritt has been with Bank of Nevada since 2004, with her most recent position being senior vice president Division CRA community development manager. She manages a diverse deposit and loan portfolio, as well as acts as a liaison for community and economic development programs with government agencies and nonprofits in the role, according to a release from the governor’s office.

Merritt has served on the University of Nevada, Las Vegas School of Medicine Community Engagement Board, as a mentor for the Clark County School District and is a past chair for the Urban Chamber of Commerce. She also serves on other boards: United Way, UNLV Library Advisory Board, The Links Inc., Valley Hospital Medical Center, HELP of Southern Nevada, American Business Women Association, Workforce Connections and trustee board for the Champions Center Church, according to the release.

Merritt studied business and finance at the University of Alaska in Fairbanks.