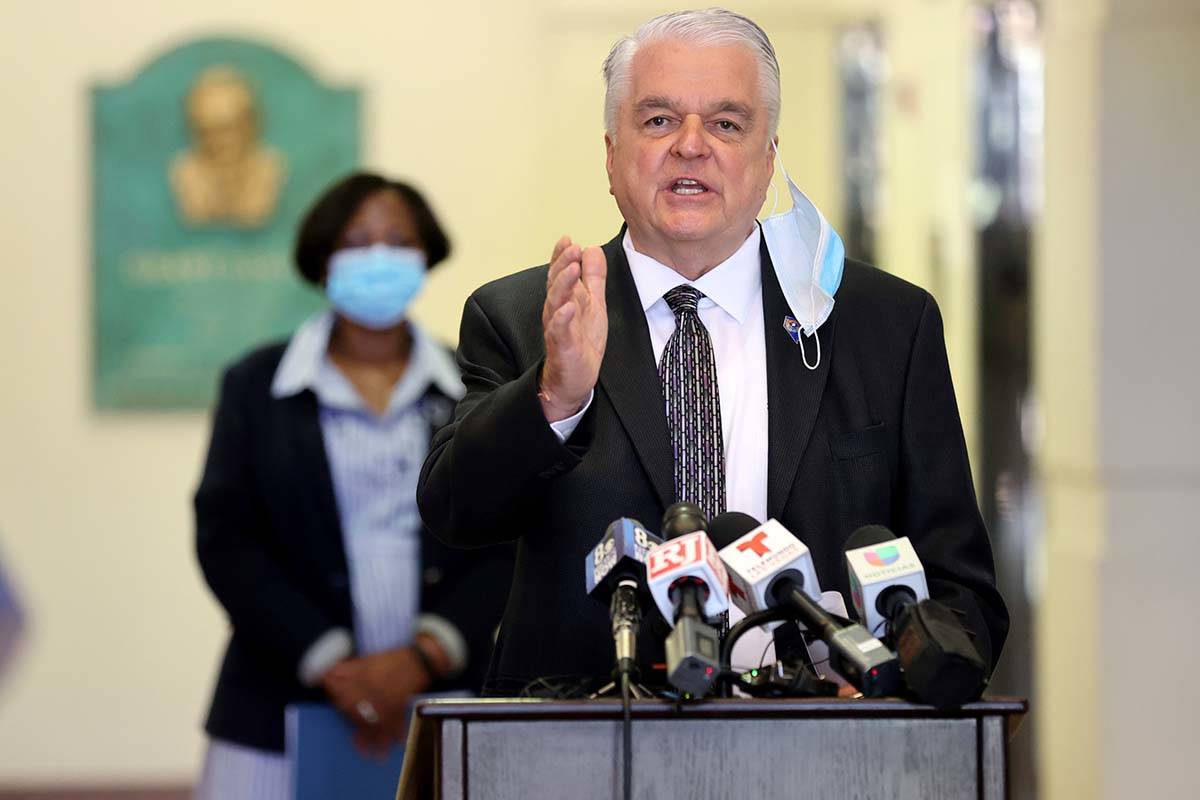 Nevada Gov. Steve Sisolak on Monday released the Nevada COVID-19 Fiscal Report and details about the Fiscal Year 2021 budget ahead of the Nevada Legislative Special Session, which is planned for Wednesday, July 8.

The Nevada Department of Taxation released revenue statistics for April 2020 on June 29. Based on this information, consensus revenue projections developed jointly by the Legislative Counsel Bureau’s Fiscal Analysis Division and the Governor’s Finance Office were updated to reflect a total estimated General Fund shortfall of approximately $1.2 billion in Fiscal Year 2020-21.

“None of us could have predicted a pandemic of this magnitude and the global economic crisis that has followed,” Sisolak said. “The world looks incredibly different since I first approved our state’s biennial budget back in June 2019. The difficult fiscal decisions for Fiscal Year 2021 now lay ahead of us. My proposal preserves as much funding as possible for our most essential priorities: health, education and the state workforce, so they are able to continue providing the vital services on which Nevadans rely. ”

The comprehensive document includes information about the state’s budget and economy prepandemic and details the condensed time frame in which the state had to respond to the public health, economic and fiscal crises that resulted from the COVID-19 pandemic.

The proposed reductions to close the shortfall and create a balanced Fiscal Year 2020-21 budget are summarized in the document ahead of the upcoming special session.

Possible tax increases haven’t been ruled out during the special session to fill the more than $1 billion hole.

However, the document released by the state states, “Without confirmation that federal assistance will be provided to states to help address budget shortfalls, the governor explored and evaluated revenue options that could reduce the need for cuts, understanding that any options during an unplanned special session would be short term, stop-gap measures to help sustain critical public services until the legislature reconvenes in a regular session in 2021.”

Any new tax increases require a two-thirds vote by both houses in the state Legislature.

The proposals submitted to the Legislature include, but are not limited to more than $500 million in reductions to agency budgets, reductions in one-time appropriations, reversions from the IFC restricted contingency funds, transfers from other funds to the state’s general fund, furlough days for state employees in the fiscal year and holding open more than 690 state employee vacancies, a tax amnesty program and acceleration of net proceeds of minerals.

The governor continues to advocate for urgently needed federal funding to assist Nevada and other states with historic budget shortfalls resulting from the ongoing pandemic.

If such funding is received or actual revenues sufficiently exceed current projections, the governor’s priorities for restoration of the reductions during the fiscal year are education, health and human services and the state workforce.