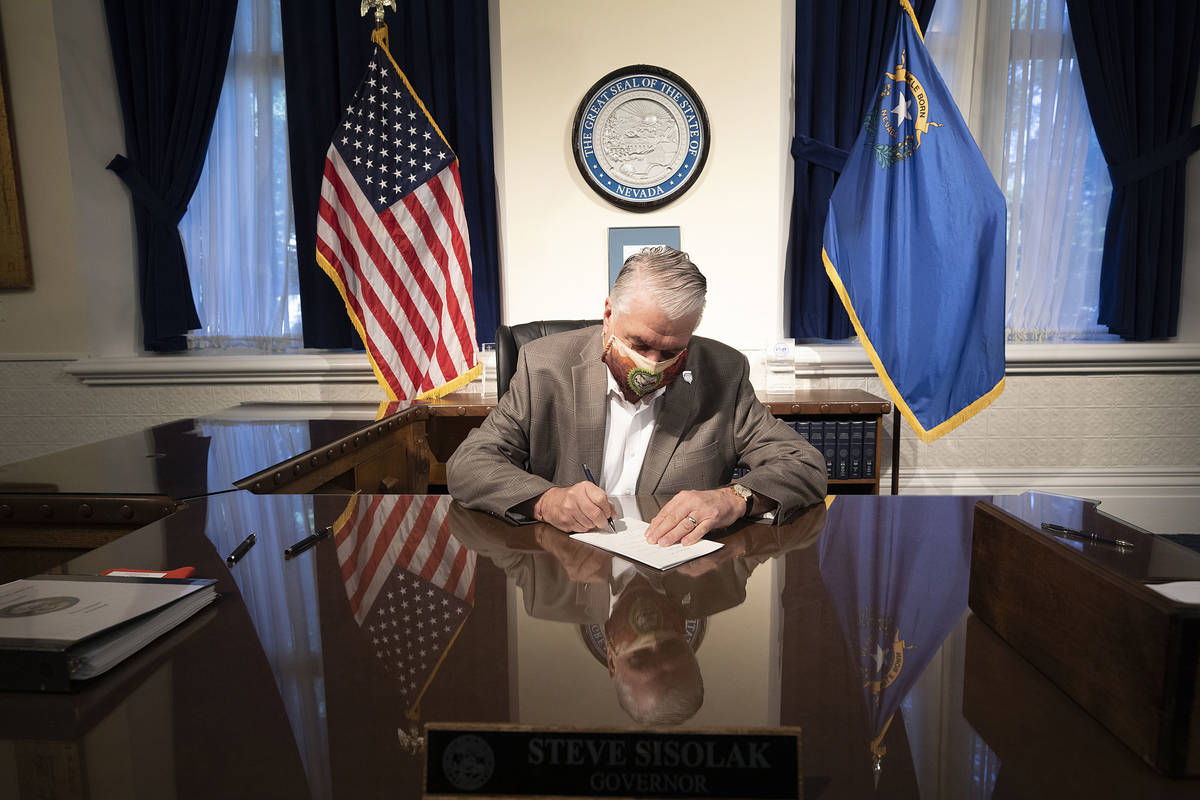 Assembly Bill 3 includes changes to law enforcement conduct, including authorizing a person to record law enforcement activity in certain circumstances and a requirement that another peace officer intervene to prevent the use of unjustified physical force in certain circumstances. The law also requires they must report the observation of the use of unjustified physical force by another peace officer.

“Earlier this year, I made a promise to all Nevadans that I would meet with legislators, elected officials and community leaders throughout the state to discuss social and criminal justice reforms to ensure we could begin moving to a place where everyone would feel safe in their communities,” Sisolak said. “These two pieces of legislation are a step in the right direction, recognizing that the conversations – and the work – must continue.”

Sisolak on June 4 had released a statement vowing to commit his administration to criminal and social justice reforms. The governor’s office said one of the reasons for calling a special session was so that these reforms would remain a priority during the pandemic.

“Nevadans should always feel safe in their own communities and confident that they will not have to fear for their lives from those that are charged with protecting them,” Sisolak said. “We will not squander this opportunity. We will push forward. This moment will not be fleeting and forgotten, it will persist.

“My administration will continue to pursue change, we will not go back to the status quo and we will continue to actively listen to those whose voices have been drowned out or forgotten in the past.”