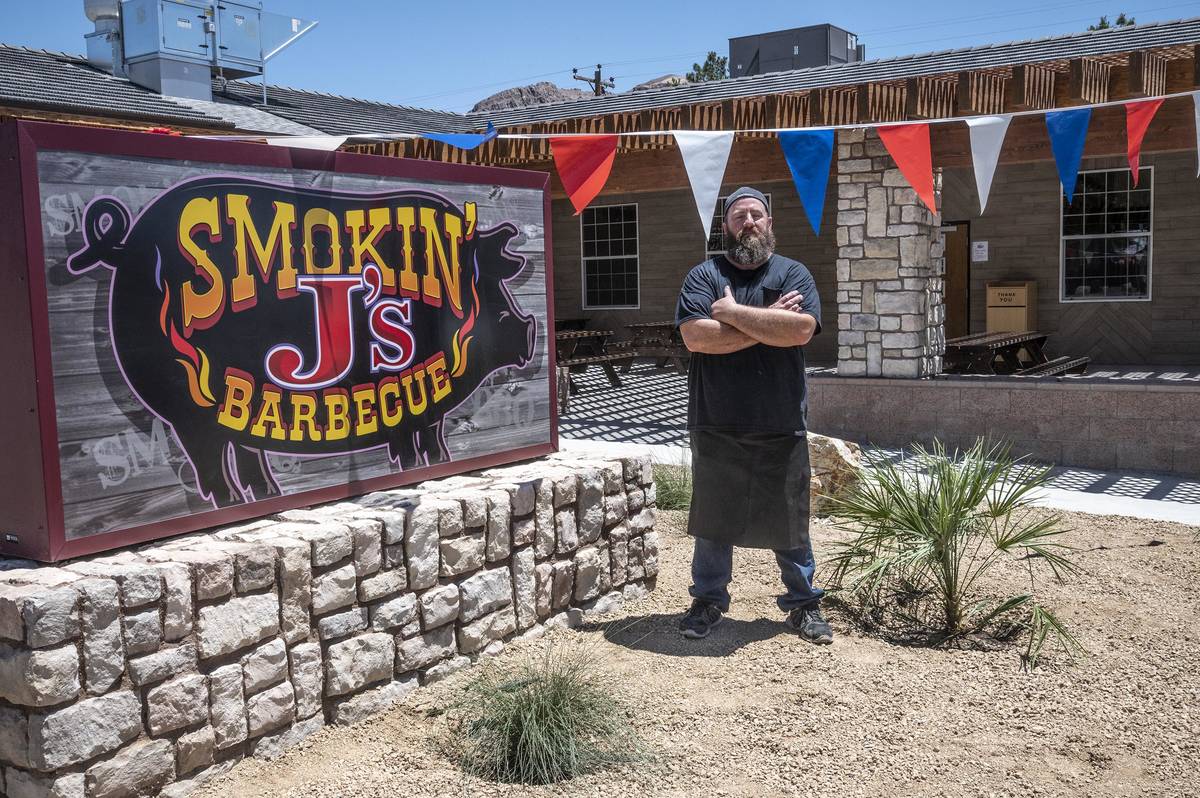 Richard Stephens/Special to the Pahrump Valley Times Jay Thompson, proprieter and grill master of Smokin' J's Barbecue in Beatty stands in front of his new establishment. 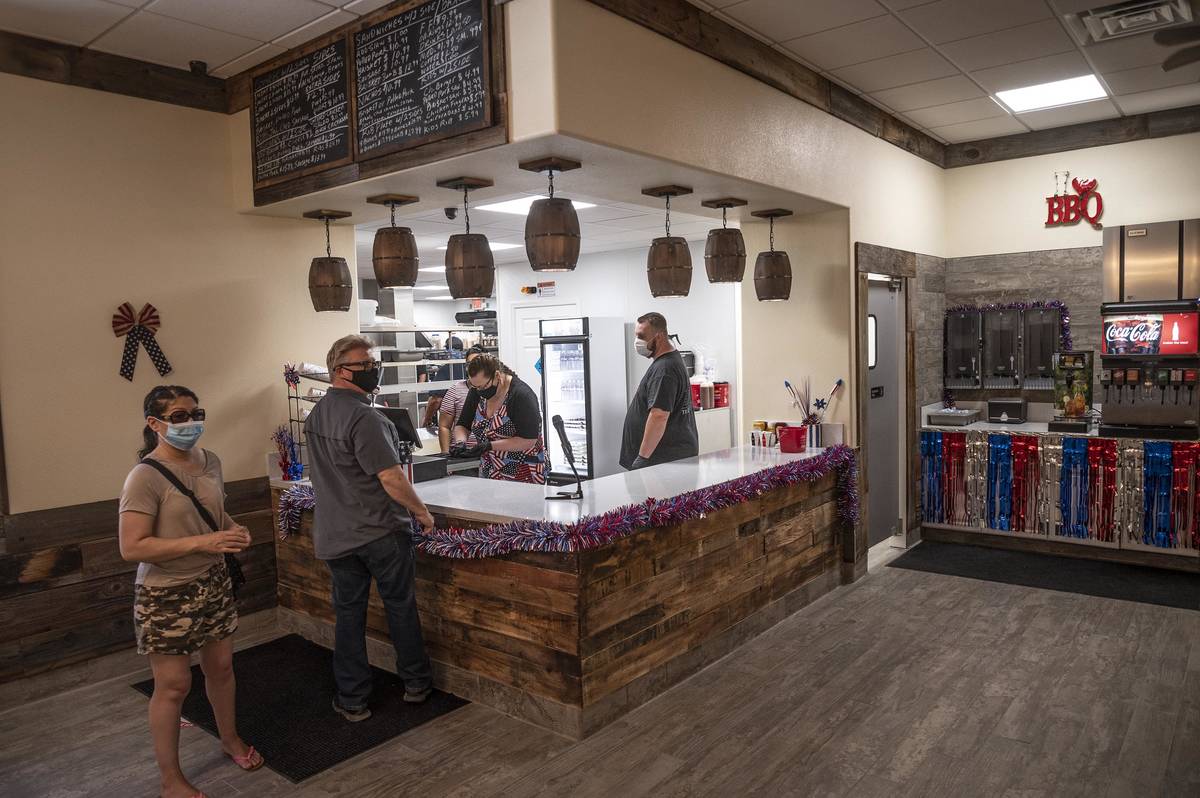 The traditional Fourth of July celebration in Beatty was limited to the fireworks display this year, but the town had something more to celebrate on the 4th this year. That day saw the long-anticipated opening of Smokin’ J’s Barbecue.

Proprietor and grill master Jay Thompson has, for many years, occasionally set up his grill to sell his barbecue on a street corner, and he has had a booth at Beatty Days.

But he has dreamed of having a restaurant of his own. That dream is now a reality thanks to help from Beatty business owner and developer Ed Ringle.

The newly-built restaurant in downtown Beatty is set up to operate in similar fashion to the Dickey’s barbecues. Customers place their orders and pay for them at the counter rather than having their orders taken by wait staff.

It is a bit of a challenge to open a new restaurant in the middle of a pandemic, but Smokin’ J’s was quite busy on the 4th.

It promises to be popular with locals who are familiar with Thompson’s barbecue, and its location should make it an attractive stop for travelers between Las Vegas and Reno, as well as tourists visiting the area.