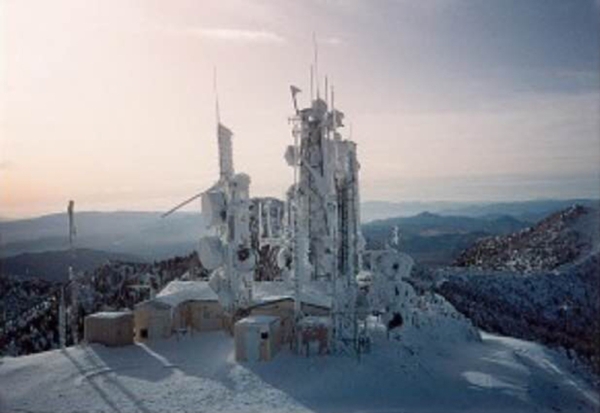 Pahrump Valley residents trying to access the Internet on Thursday morning did so only to discover that they were disconnected with the worldwide web.

At around 11:30 p.m. on Wednesday, Valley Electric Association, Inc. received notice that the communications site on Mount Potosi, located in Clark County and one of the highest points surrounding Las Vegas, was without power.

“VEA immediately dispatched crews; however, the rough terrain combined with extreme weather slowed progress,” the co-op said in a statement.

This communications site, managed by InTelliSites, LLC serves several southern Nevada businesses as well as local and federal government agencies. Among the companies affected in town were Rise Broadband and LV.Net.

VEA crews located the problem affecting the power there and were working on the repairs for much of the day. Although the member who manages the site has a backup generator, that generator failed and the site was left without power.

“Valley Electric is still working on it. There’s some issues with powerline pulls into the site due to the storm that happened,” Todd Fuson, principal at InTelliSites said. “The generator is back up, so the site is up on generator backup. Unfortunately, there was a breaker that was tripped and that was reset.

“We’re still on generator power and Valley Electric informed us that it will probably be a couple of more hours before it’s fully restored,” he said. “That restores all Internet, TV, everything that was being sent service off that mountain.”

A representative from Rise Broadband said the last thing he heard was that crews were chiseling open a fence to an area they needed to access that was frozen shut around 2 p.m. Thursday.

InTelliSites said Thursday morning that they hoped to have the power back up by noon, but the majority of town was still without service as of press time Thursday.

The Nye County School District said that their Internet was out through the morning, but was restored at around 1 p.m., right around the time the generator power was restored at Mount Potosi.

InTelliSites, LLC specializes in the development and management of multi-tenant wireless communication towers and rooftop sites, according to their website.

No other VEA members were affected by the power outage. Internet returned for a few hours to some areas but was down again Thursday evening.