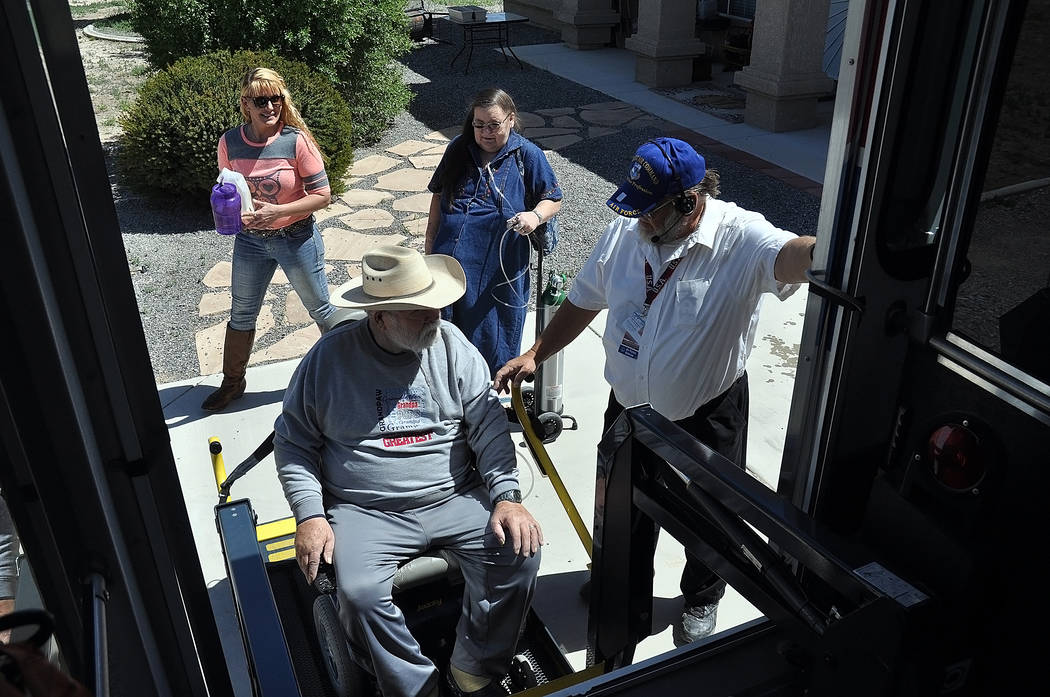 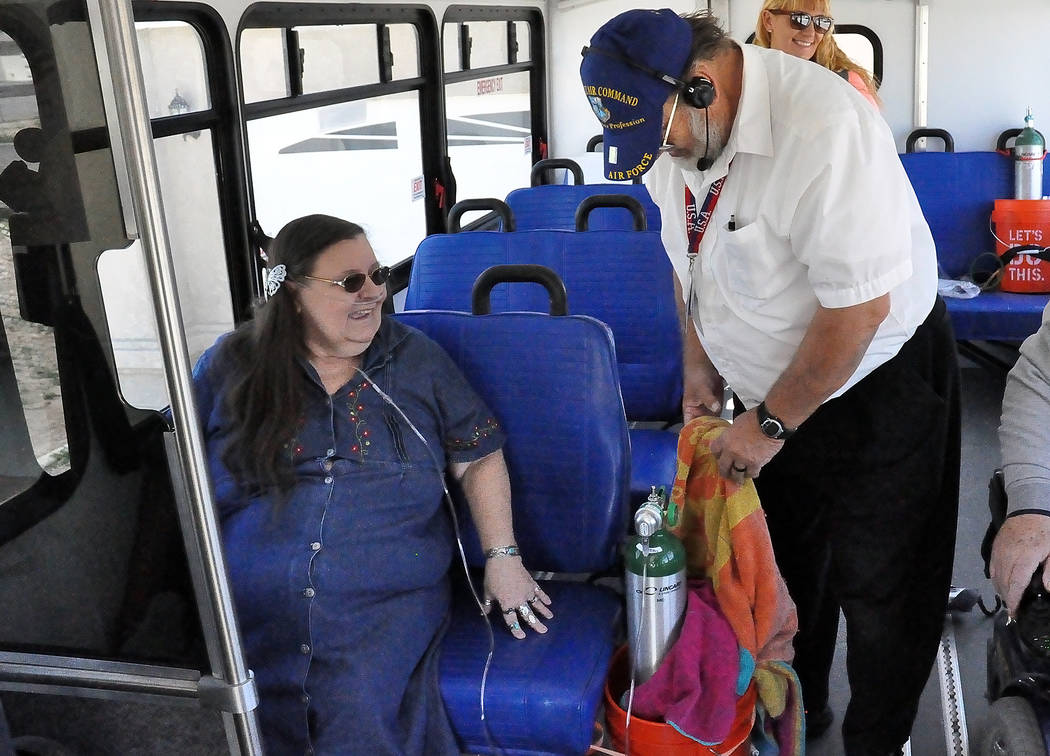 Nye County was among thousands of rural counties across the country that showed strong support for Trump during the presidential election and primaries. Officials, however, are worried that his proposed budget could be devastating for social services that serve the elderly and low-income residents of Nye.

“The impact will be severe and across the spectrum and cause immediate and lasting harm to mental health, public health, and local community support,” Griffin said about the proposed budget cuts.

In northern Nye County, where resources are scarce and the need is great, Community Chest serves more than 3,000 people. The organization’s annual budget is $2.7 million and is funded by federal, state and local money and private foundations.

Griffin said the organization is working to restore public health services in northern Nye, thanks to a $35,200 donation from Toronto-based Kinross Gold, which owns the mine in the Round Mountain area. Another effort includes the classroom on wheels (COW) that is fully funded to provide the early childhood education services there.

Trump’s proposal to boost defense and border security spending by $18 billion while drastically cutting a variety of funding to labor, health and education services was met with mixed reactions on Capitol Hill when it was unveiled in March.

Many entities across the nation expressed concern as the budget aims to slash funding for services for low-income Americans, such as job training, housing, transportation services, legal and civil matter counseling.

A Community Development Block Grant program, for which the Trump administration wants to eliminate the funding provides money for affordable housing, home rehabilitation and elimination of community blight. It also provides funding for Meals on Wheels, a program that delivers meals to homebound seniors.

Another target of Trump’s budget vital to Nye County is the Community Services Block Grant, a program that funds anti-poverty organizations across the country. Such organizations provide job training and food assistance to people in 3,000 counties, including Nye County.

“The cuts will have the worst impact on our mental health, public health, and food distribution programs,” Griffin said. “They will limit the numbers seen but equally important, they will restrict or eliminate access to these programs. We are already seeing it happening – and we know what will take place – people will suffer.”

The budget especially poses a big challenge to Nye County, where nearly 17.5 percent of the population live in poverty, according to the U.S. Department of Agriculture Economic Research Service.

Stacy Smith, director of NyE Communities Coalition, said Trump’s proposed budget is “worst case” for the organization. Nonetheless, Smith believes that most of the programs, if not all, will be “OK.”

“We have a lot of local and state support for our activities. I do think things may change, and we may lose some funding,” Smith said. “However, I expect for us to continue to offer great programming to our community.”

The organization is funded by grants and receives very little donations, Smith said. A significant portion of the organization’s funding comes from the Workforce Investment Opportunity Act that operates under the Department of Labor.

The coalition’s funds have been decreasing over several years, and Smith hopes to get by even if the funding is reduced.

“We are usually in a state of change here and we will adjust so long as we have even a little bit left to work with,” Smith said.

If the budget proposed by the Trump administration goes unchanged, Smith said it could impact a gamut of services provided by NyE Communities Coalition.

Examples include transportation for veterans, substance abuse prevention programs, workforce training and AmeriCorps. AmeriCorps is a program that creates a pathway for people to provide community help in exchange for a living stipend and assistance with college or other training costs.

Under Trump’s proposed budget, AmeriCorps and several related programs will see large cuts in their budget, according to the documents released by the White House.

“If this program is zeroed out, it will highly impact NyECC’s ability to assist with services, not only at the NyECC campus, but at local food pantries and other social service agencies,” Smith said about AmeriCorps.

It’s unclear whether the proposed budget will be passed in its current form. But Griffin said lawmakers can make “reasonable” cuts to some things but not at the expense of “the most vulnerable.”

“We can do better,” Griffin said. “This is a country where all people are valued. We need to craft a budget that reflects that— not some at the expense of others, which is meritocracy, something we very intentionally chose to avoid when this country was started.”

“I urge the Trump administration to work with Congress, as well as state and local governments to develop a budget that does not disproportionally harm our rural communities,” Kihuen said in an email statement.