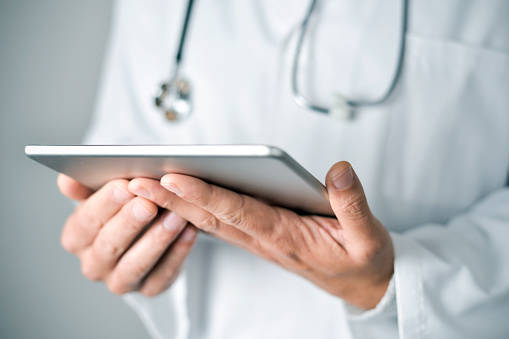 A telemedicine program in Nevada could help improve care, or help to diagnose, individuals suffering from some neurological disorders.

The Cleveland Clinic Lou Ruvo Center for Brain Health launched its Virtual Visit program about six months ago. The initiative allows for patients suffering from things such as neurodegenerative and movement disorders, to be seen, in some cases, by computer, phone or tablet devices without having to come to Las Vegas for a workup.

This could help those in rural areas, such as Nye County, take advantage of high-level care in Las Vegas without ever leaving their homes.

Dr. Zoltan Mari, who is the section head of the Nevada Movement Disorders Program at the Center for Brain Health in Las Vegas, said he can see most patients via video chat and help to diagnose their case anywhere in the state.

Visualization can be key

“The importance of seeing the patient is particularly relevant in movement disorders, which includes Parkinson’s and others, because we want to see how, if they have tremors, or how fast they are moving,” Mari said.

Seeing how patients move can be the key to treatment.

“Parkinson’s patients can have shaking, tremors and then also dyskinesia, which are extra, abnormal involuntary movements,” he said.

If a patient has tremors, that means they are not getting enough medication. If they have dyskinesia, they are taking too much, Mari said.

Patients can’t often see the difference, but having a video connection can bring a professional eye to the situation by medical professionals like Mari.

Other organizations in Nevada, including Southwest Medical Associates, have pushed to increase the use of two-way voice and visual communication through tablets, phones and PCs.

Wait times are usually below ten minutes for things such as medication refills and a host of other low-acuity cases: everything from rashes, colds, flu and bladder infections, among other things.

“Of course, if a condition appears to be more serious, we’ll schedule an in-person exam or direct them to an urgent care,” he said.

The NowClinic accepts some Senior Dimensions plans, along with Health Plan of Nevada and Sierra Health and Life plans. Those signed up for HPN’s SmartChoice Medicaid plans can also use the service.

Studies have been positive on the use of telemedicine in the treatment of diseases such as Parkinson’s.

A study named the “National Randomized Controlled Trial of Virtual House Calls for Parkinson’s Disease” showed that virtual meetings with a physician were comparable to results of an in-office visit. The study also found high interest in the use of telemedicine, along with denoting conveniences such as time savings from not having to travel to the doctor’s office.

Other studies, however, have noted limitations, such as access to the internet, can be a barrier to obtaining this type of care in the first place in rural areas.

On a positive note on that aspect, internet quality is a growing factor in Nye County with Valley Communications Association’s expansion of fiber-optic lines—most recently to Beatty, which is expected to roll out completely by the end of 2017. Other areas, including Pahrump, are on Valley Communications’ radar.

Virtual visits can have similar goals as the in-office visit, which includes an assessment, along with other things like medication changes, physical therapy and the ordering of diagnostic testing, Mari said.

There are some patients that may require an in-office visit.

Mari said he would tell a patient with an undiagnosed movement disorder, or someone who’s never been to a physician before, along with having a nontypical presentation of a disease, that they need to come to the office and have a workup there, where further diagnostic testing may occur.

The cost of the virtual visit is $49, which may be reimbursable by some insurance companies.