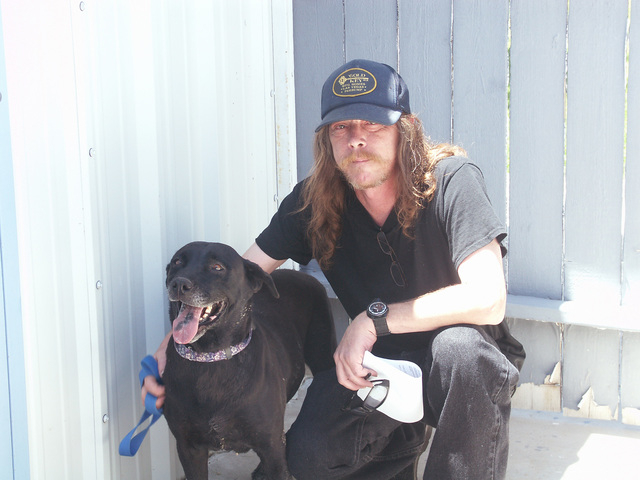 What’s worse is the fact that the facility cannot put the animals up for adoption anytime soon.

Each year after Fourth of July revelers have fired off their last firecracker, rocket, or Roman candle, Cronin said she can count on a bombardment of lost animals arriving at the shelter.

The animals, she says, become frightened at the sounds and sights of the bright colored ordinances exploding in the night skies and eventually try to flee for safety.

“This past week we have seen the population more than double and there’s many who have special needs. We see a lot of mothers with puppies and we pick them up. We even saw an abandoned horse. With the pregnant animals, we can hold them here, but they cannot give birth here because we don’t have the proper facilities. In fact, one mother is coming back this week along with her eight puppies,” she said.

With the increase in “guests,” Cronin said she and her staff were forced to get a little creative in terms of caring for the animals.

She noted that more than two dozen runaway animals have found their way to the shelter after being picked up along roadways and neighborhoods within the past few days.

“One day we got 20 in and the next day there was 14. The good thing though is that some of them went right back home because we were open on the fourth and that was really great. In fact, animal control gave some a ride back home because people called in the meantime with the right information about their animal, so they didn’t even have to come in,” she said.

For the animals who have an extended stay at the site, Cronin said the facility tries to provide a loving, caring, environment similar to what they had before fleeing their true homes.

Though some animals will never find their way back, a few fortunate ones have already, by way of their worried owners.

One local resident on Monday was overjoyed to learn that his black lab, Indy, was safe and sound at the shelter.

Pet owner, George Comas, whose dog ran off on the fourth was reunited three days later.

Comas, who had to work Friday evening said Indy, since she was a pup, was always spooked by loud noises.

He thought he had her safely secured before he left his home early that evening.

“She was in a fenced area, but she somehow got out anyway. If I put her inside, the house would have been destroyed or she would probably have accidentally hurt herself before I got back. I’ve had her a couple of years and she’s a great companion,” he said.

Once he discovered Indy missing from the yard, Comas said he immediately went out looking for the black lab, which was complicated by the fact that it was after dark.

“I was really concerned about her safety because you really can’t see her at night. I was just hoping that she didn’t get hit by a car while crossing the road. Hopefully by this time next year, I’ll be living in a different place where she’ll feel safe and won’t run away,” Comas said.

Pet owners who are fortunate enough to find their pet at the shelter are urged by shelter officials to comply with a few important requests prior to getting their animals back.

Vaccinations and spaying or neutering is primary.

Cronin, meanwhile, said owners need only to take a few precautions to keep their pets safe during the holiday.

“They just simply have try better to keep them contained or at least be outside with them if possible,” she said.

Additionally, Cronin did not soften her words when describing pet owners who continually ignore the obvious during this time of year.

“The stupidest thing that I see is people who actually bring puppies and dogs to the Fourth of July fireworks show at the park, and afterwards they call us about their missing pet. It’s ridiculous because they are not using common sense. Many times you can’t teach common sense, but I sure wish there was a pill for it,” she said.

Local residents who are still trying to locate a lost animal have several ways to do so.

Cronin said social media is a valuable tool the shelter has been using to match owners with their pets who wandered off.

“It’s always best to come to the shelter in person. Not only that, we have two Facebook pages which are Nye County Facebook page and the Tails End Facebook page. There’s Lost and Found Pahrump, and Pahrump Animals which are also on Facebook and that has been working for us,” she said.

Out of the several dozen pets that have gone missing, Cronin said only a fraction of owners have come to the shelter to reclaim their pet.

“It’s only been four so far and that’s really good. The girls have been taking the others to the parks and walking them while getting the word out. Unfortunately, we know from past experience that some pets will never be reclaimed by their owner,” she lamented.