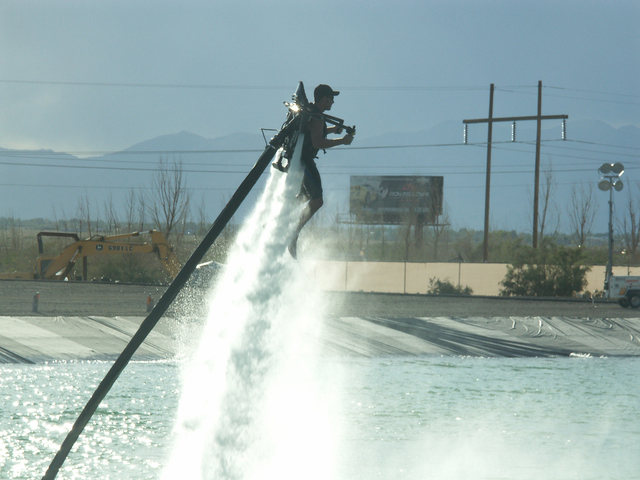 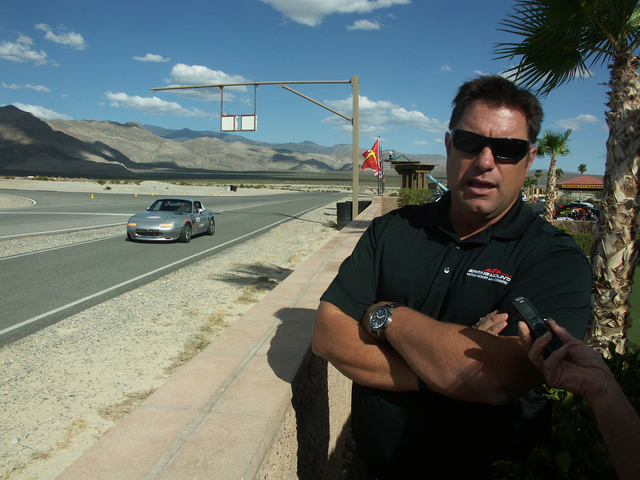 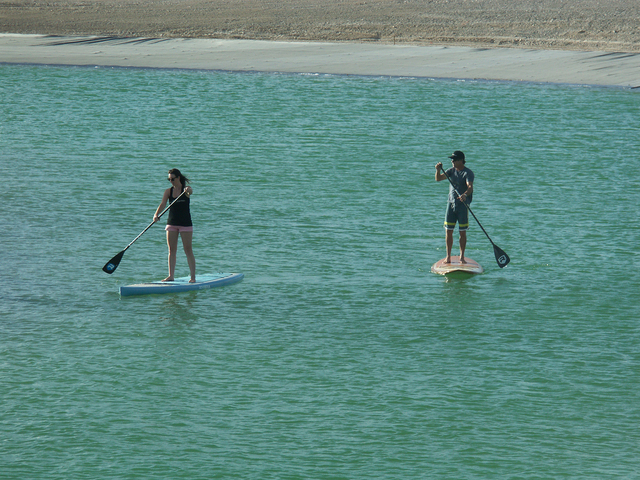 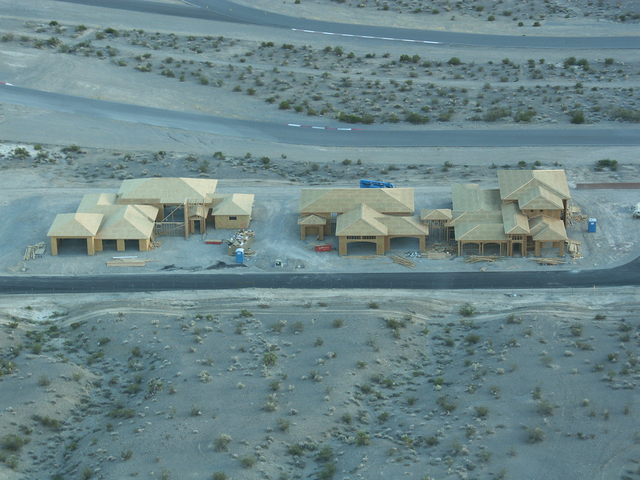 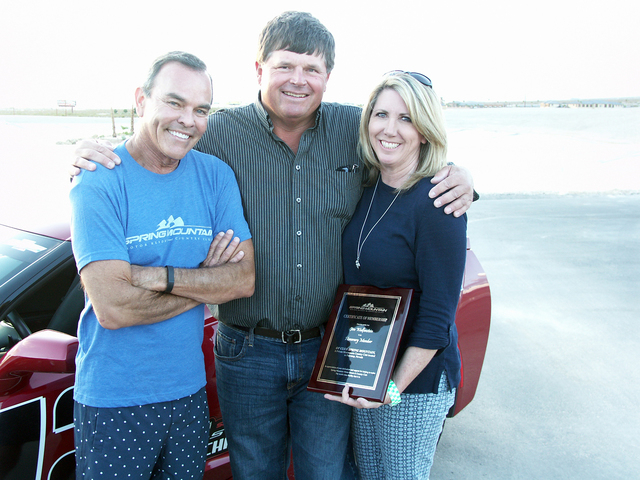 The operators of Spring Mountain Motor Resort and Country Club are trying to expand its operations beyond the well-moneyed sports enthusiasts who currently utilize the racetrack.

While targeting high-end users was the initial plan of facility owner and CEO John Morris a decade ago, things have changed in terms of amenities, various activities and plans for the future.

“We now have a welcome center and our idea here is that eventually, there will be a strip mall, a gas station and hotel,” Morris said. “While they are here, people will have the opportunity to stop by and see what Spring Mountain is all about.”

Attendees of last Saturday’s 10th anniversary celebration received an up close and personal tour of the facility from both ground level and a few thousand feet above the site in a helicopter.

Todd Crutcher, resort marketing director, said work is now underway on an expansion that will transform the resort during the next five years. The expansion is intended to draw non-motor sports enthusiasts and locals to the resort, he said.

Morris and Spring Mountain partners bought close to 200 acres of land in 2004 and installed a 2.2-to-3.4 mile road course and a driving school along with a fleet of eight Corvettes. The site featured just two tent structures and portable restrooms. A mobile office building was also constructed to hold driving classes.

Even back then, Crutcher said the owners had a long-term vision of what they planned for the facility, acquiring more land over the years.

“(They) had a vision of making this site grow,” Crutcher said. “As of today, we are the official high performance driving school for Corvettes and Cadillacs. We also have the Radical Series here and, of course, the club memberships. Now, that we are sitting on 332 acres, we can cater to almost everyone.”

Crutcher said the facility is second-to-none in the country in giving members extensive track time as well as exclusive opportunities to run with event groups and race in club-only events. Members also have access to car rentals, a garage, condo rentals and more.

“Our members can store their vehicles here on property and they can maintain them on their own,” he said. “We have members who utilize our machine shop, and mechanics here on-site will actually maintain the car for them. I have been to probably every racetrack in the country. There is no track around the country that has the amenities we have. There are a few that are similar, but not to this degree.”

Several condominiums have already been constructed at the resort, giving members the opportunity to stay, eat and drive on property. Plans for additional expansions are now underway. Model homes for Spring Mountain Estates began construction in June.

“The truth is, right now, we just don’t have enough condominiums and there are none available due to the high demand,” Crutcher said.

Crutcher said there are plans to open some events to local non-members, rides with a professional driver, or driving the track while following an instructor. A planned go-cart facility and movie theater will also be open to locals.

Crutcher said an attraction that is nearly completed will also be available for non-members where individuals can experience the elation of flying solo.

One new attraction planning to launch this month is Jetpack America, making the area the company’s third location with Newport Beach, Calif., and San Diego. The attraction will utilize the 8.8-acre lake by having participants fly as high as 40 feet with a water-propelled jet pack.

Paddle boarding is also offered at the resort.

Morris, meanwhile, said though he’s pleased with the response and enthusiasm his resort has generated during the past decade. He noted that it’s still a work in progress, which is expected to generate hundreds of jobs for community residents.

“Right now we have 130 employees and growing,” Morris said. “There’s about 200 people working construction at any given time working on the track, but I believe that will increase to about 800 with all of the commercial and all of the residential that we are developing. We are trying to employ all local labor.”

The Spring Mountain Motor Resort and Country Club is located at 3601 South Highway 160.