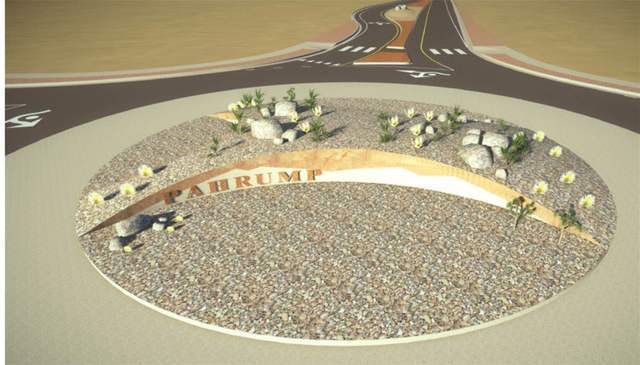 A rendering of the Blagg Road and Highway 372 roundabout, displays the landscaping and Pahrump sign that will welcome visitors to the valley. Special to the Pahrump Valley Times 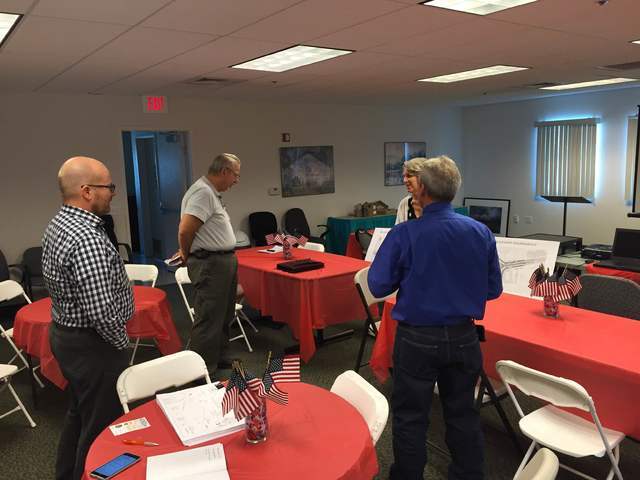 A stakeholders meting was held Wednesday morning with the Nevada Department of Transportation at the Pahrump Valley Chamber of Commerce to go over the proposed Highway 372 roundabout plans. Information and any recommended changes to the plans will be considered before the NDOT pubic meeting Oct. 6. Mick Akers/Pahrump Valley Times 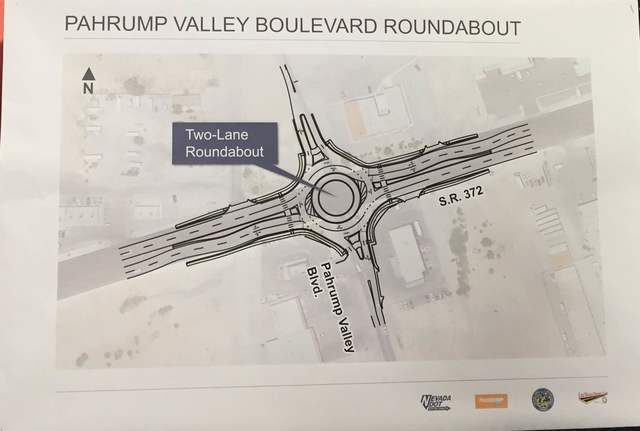 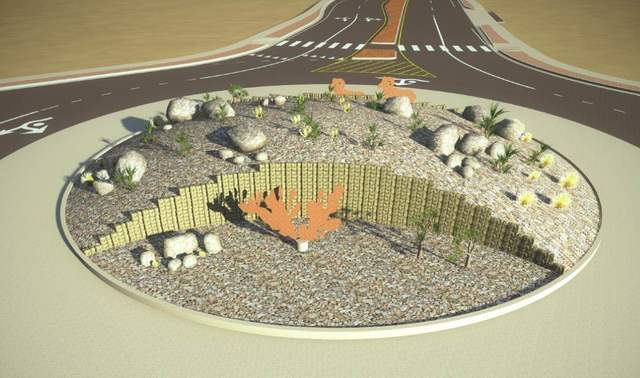 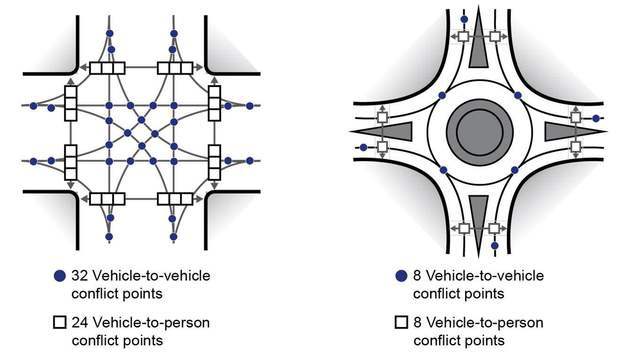 At a stakeholders’ meeting at the Pahrump Valley Chamber of Commerce Wednesday, the Nevada Department of Transportation laid out its plan for the pair of roundabouts set for construction on Highway 372.

Members of the county commission, the planning department, Nye County School District, and more were expected to stop by to speak with NDOT representatives, including project manager Lori Campbell.

She explained the meeting was to gauge the stakeholders’ opinions on the plans and to take suggestions for possible alterations to their current plans.

“This face-to-face meeting today is just a casual thing, where I have a very brief Power Point that I will show the folks just to get all my champions for the roundabout and my partners on the same page on what we’re planning to do on the sixth of October,” Campbell said. “We have had some great input from them already.”

The Oct. 6 date Campbell mentioned is the day of a planned public meeting to be held at the Valley Electric Association, Inc. Community Center, located at 800 E. Highway 372. The event will take place from 4 p.m. to about 6 p.m.

The meeting will show residents the roundabout plans, explain the construction process and how to navigate a roundabout.

The $4 million project will see two roundabouts on Highway 372 be constructed, at the intersection of Blagg Road and another at the intersection of Pahrump Valley Boulevard. Construction is set to begin next month and take about six months to finish, with an April 2017 completion date. Las Vegas Paving is the general contractor on the project.

Desert landscaping with a concrete wall, steel sculptures of wild horses, bighorn sheep and birds will adorn the roundabouts.

Also planned is a sort of welcome point to the town.

“One of the cool things about this is that it is going to be a welcoming to the community,” Campbell said. “The one at Blagg says Pahrump on it and it has mountains in the background, so I’m pretty excited.”

Roundabouts are one-way, circular intersections, in which traffic flows around a center island without stop signs or signals.

According to NDOT, roundabouts are cheaper and safer than a traditional stoplight.

A traditional intersection with a stoplight has 32 conflict points where an accident could occur, as opposed to a roundabout, which has eight conflict points.

With almost no electrical costs related to the roundabouts, the price of a roundabout is around $5,000 lower per year than a signaled intersection.

The project will feature a traffic plan with flaggers, night time work and phased construction while maintaining continual access for first responders.

For more information on roundabouts log on to www.Nvroads.com.