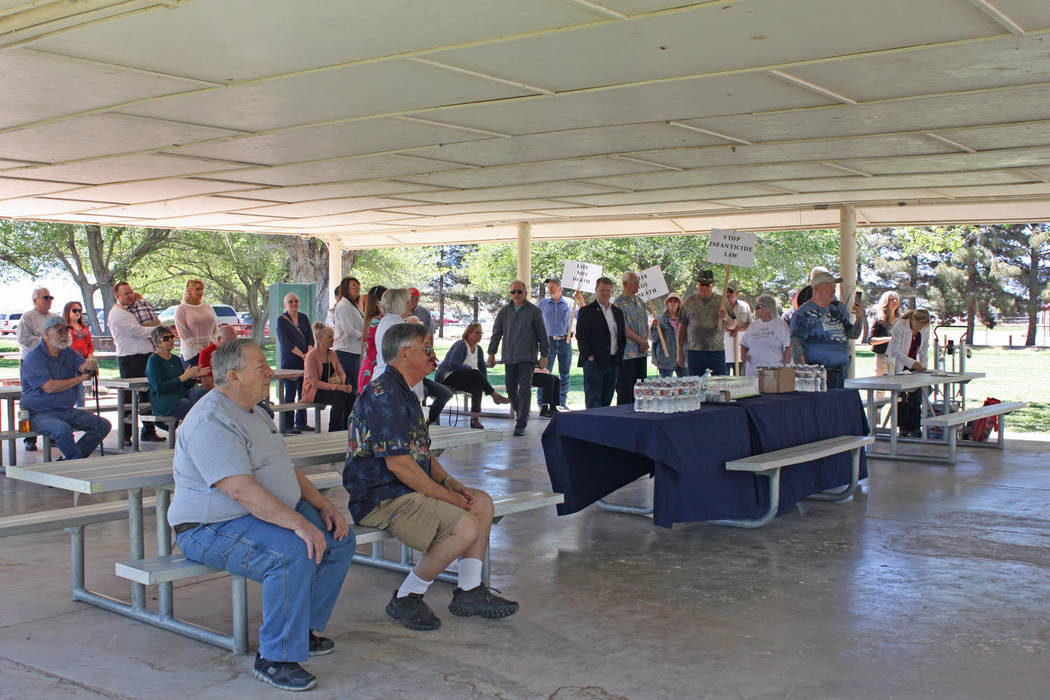 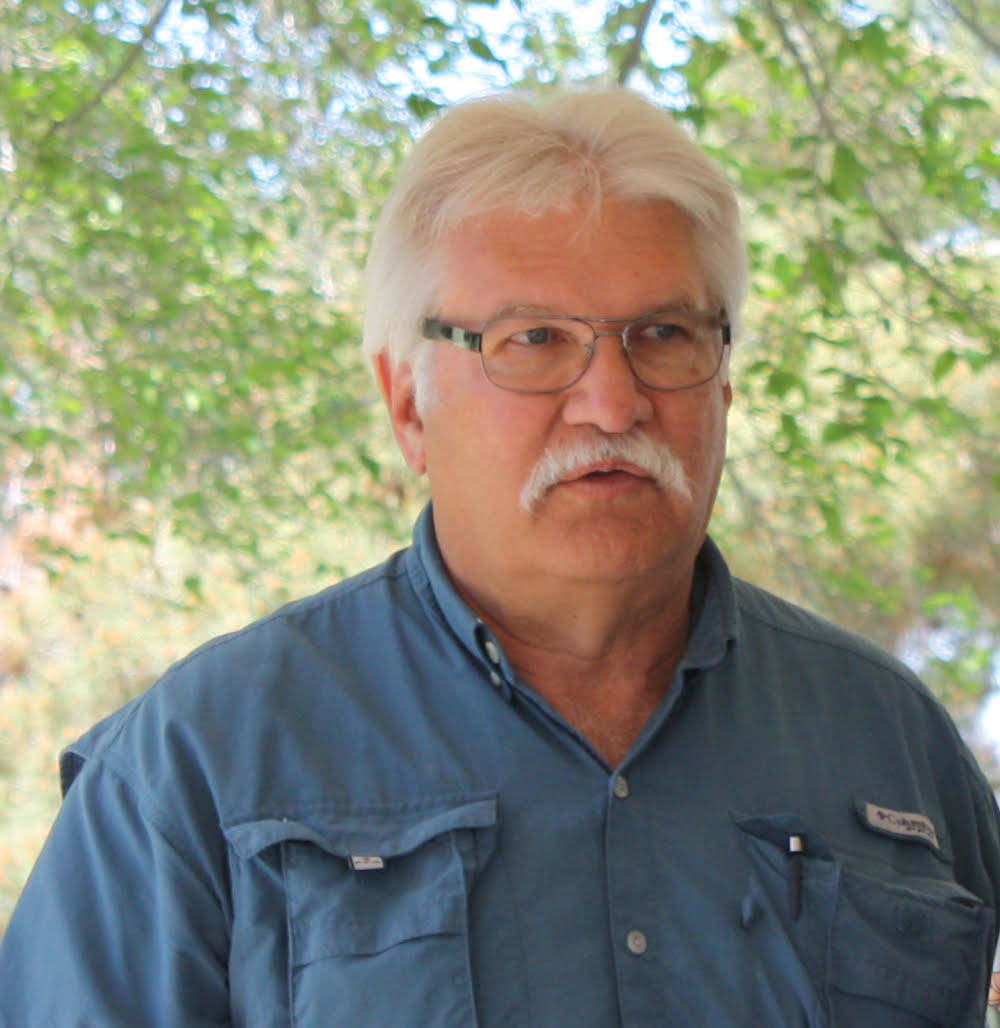 Robin Hebrock/Pahrump Valley Times Joe Burdzinski, a politically active member of the Pahrump community, was one of the main organizers for the rally event held in protest of "late-term" abortions. 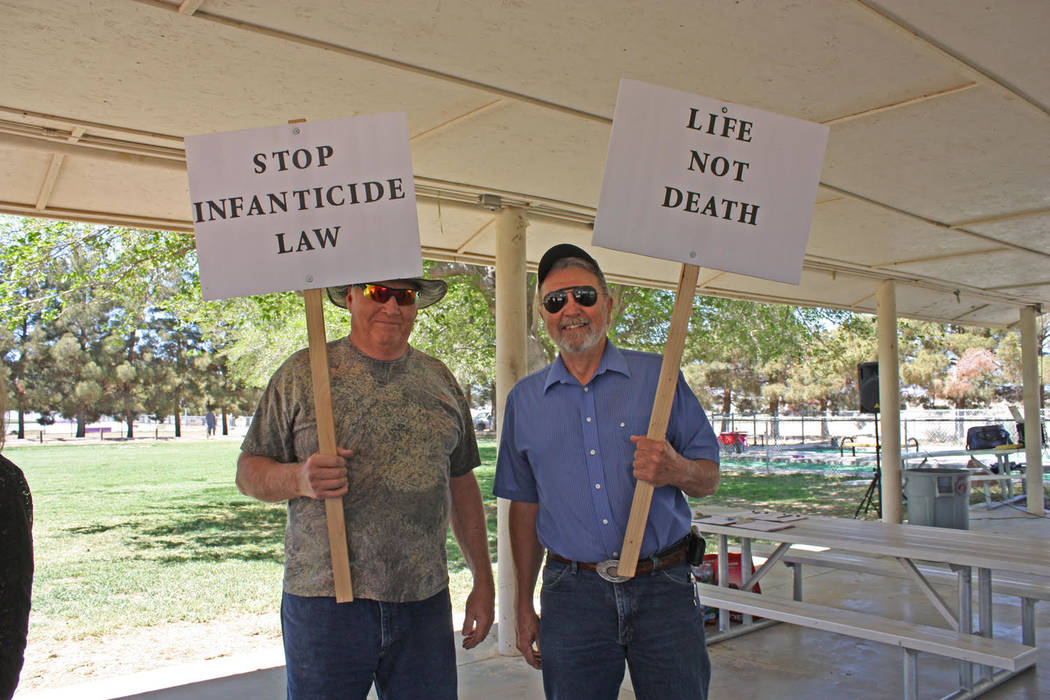 Robin Hebrock/Pahrump Valley Times Signs proclaiming a stance against abortion were hoisted by some attendees of the rally hosted April 13. 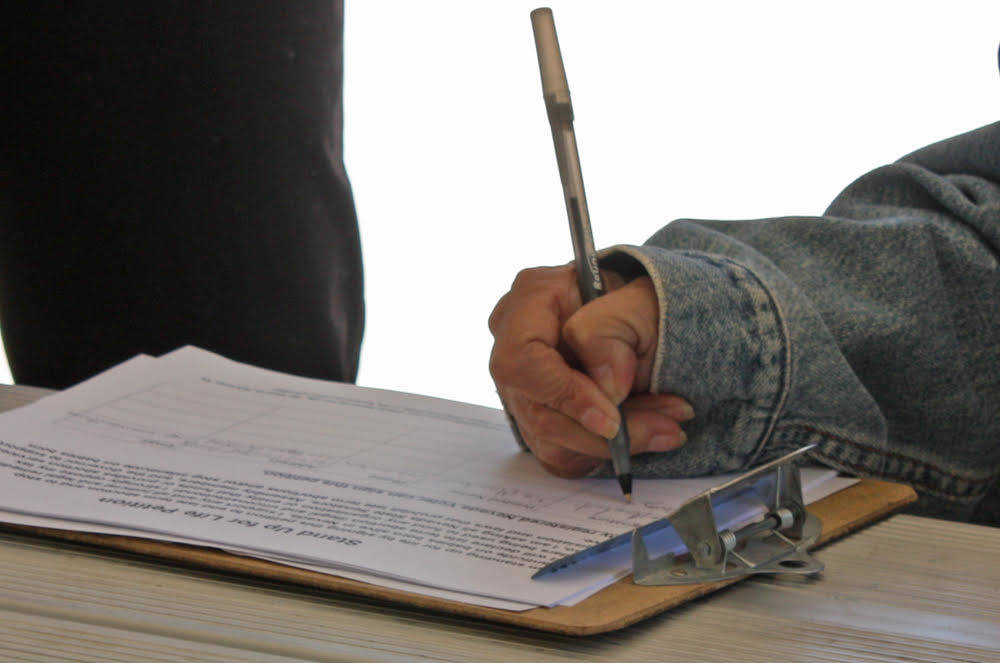 Robin Hebrock/Pahrump Valley Times A rally attendee is pictured signing her name to the petition to protest "late-term" abortions.

On a balmy afternoon amid the energetic activities at Ian Deutch Memorial Park, members of the Pahrump community and surrounding areas gathered with a single purpose in mind, protesting laws that allow “late-term” abortions.

The mood was solemn yet fervent at the “Stand Up For Life” rally as those in opposition to abortions, either completely or those that take place late in a pregnancy, came together to publicly display their stance.

The event, held Saturday, April 13, was a collaboration between two well-known residents, Joe Burdzinski, former Nye County Republican Central Committee chairman, and Pastor Neal Owen, of New Hope Fellowship Church. With dozens of attendees heading out to show their support, the rally event was hailed as a success.

“The event couldn’t have gone better,” Burdzinski detailed after all was said and done. “Like-minded activists gathered together, in that perfect venue at Ian Deutch Park, watching children play, listening to kids being kids.”

Burdzinski remarked that before and after the event, those present shared their personal stories with each other, one on one, creating an atmosphere of understanding and camaraderie. During the event, some also gave what Burdzinski described as heartfelt speeches, sharing their thoughts with the group at large.

Music helped add to the rally, with Burdzinski noting, “We shared a period of silence, for all of the lives lost to abortion. Then, we joyfully sang ‘Happy Birthday’ to those we know will now have a chance at life – because of our collective resolve to support the unborn. The ‘Stand Up For Life’ mentality is a strong movement here in Nye and Clark counties and we were able to identify each other. Our momentum will save lives, we’re certain of it now.”

The rally also served another key purpose for the movement against “late-term” abortions, allowing those in agreement with the movement to put their names to the petition that will ultimately make its way to Nevada lawmakers.

A total of 96 signatures were gathered just that afternoon and Burdzinski said he and the rest behind the movement are striving to collect as many signatures statewide as possible by May 30. “A group of us will be hand-delivering it to the Legislature and the governor after May 30,” Burdzinski explained.