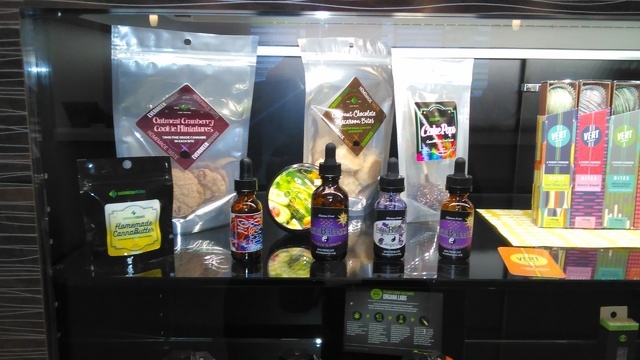 The Nevada Supreme Court held a hearing Friday on a proposal from the state bar to add guidance to the rules of professional conduct for attorneys explaining that, because the use, possession and distribution of marijuana in any form violates federal law, engaging in such conduct could result in federal prosecution and trigger discipline proceedings under Nevada disciplinary rules. Selwyn Harris/Pahrump Valley Times

CARSON CITY — Several attorneys commenting on proposed guidance from the State Bar of Nevada regarding professional activities related to the medical marijuana industry suggested to the Nevada Supreme Court on Friday that the advice was unnecessary.

The court held a hearing on a proposal from the bar to add guidance to the rules of professional conduct explaining that, because the use, possession and distribution of marijuana in any form violates federal law, engaging in such conduct could result in federal prosecution and trigger discipline proceedings under Nevada disciplinary rules.

Several attorneys agreed with Justice James Hardesty that the proposed comment stated the obvious and appeared to be unnecessary.

Hardesty said some of the comments filed in the administrative case suggested the proposed guidance was implying that attorneys should not become involved in the medical marijuana business.

But state bar representative Richard Pocker said that was not the intent. It is nothing more than advice, he said.

If the court wants to add guidance, attorney Dominic Gentile said it should craft a “safe harbor” provision stating that if attorneys obey Nevada law dealing with medical marijuana, that a federal prosecution would not be evidence of inappropriate behavior by a licensed attorney.

But attorney Laurence Digesti of Reno said he opposes the idea of allowing attorneys to be involved in the medical marijuana business because it is a violation of federal law.

Regardless, the court should establish a bright-line rule on the issue, either allowing it or not, he said.

Justice Michael Cherry agreed with the idea of such a rule but said attorneys should be able to be involved in the business.

The Nevada Gaming Control Board has prohibited licensees to be involved in the medical marijuana business.

The court took no immediate action on the proposal.

The state bar proposed the guidance as a followup to change the rules adopted by the Nevada Supreme Court in 2014 as a result of the 2013 legislative passage of a bill authorizing the creation of medical marijuana dispensaries.

The 2014 comment says “a lawyer may counsel a client regarding the validity, scope and meaning of Nevada Constitution Article 4, Section 38,” which addresses the voter-approved medical marijuana law.

The comment also says a lawyer “may assist a client in conduct the lawyer reasonable believes is permitted by these constitutional provisions and statutes, including regulations, orders, and other state or local provision implementing them. In these circumstances, the lawyer shall also advise the client regarding related federal law and policy.”

The rule does not relate to Question 2 on the November general election ballot that could legalize the recreational use of marijuana in Nevada.