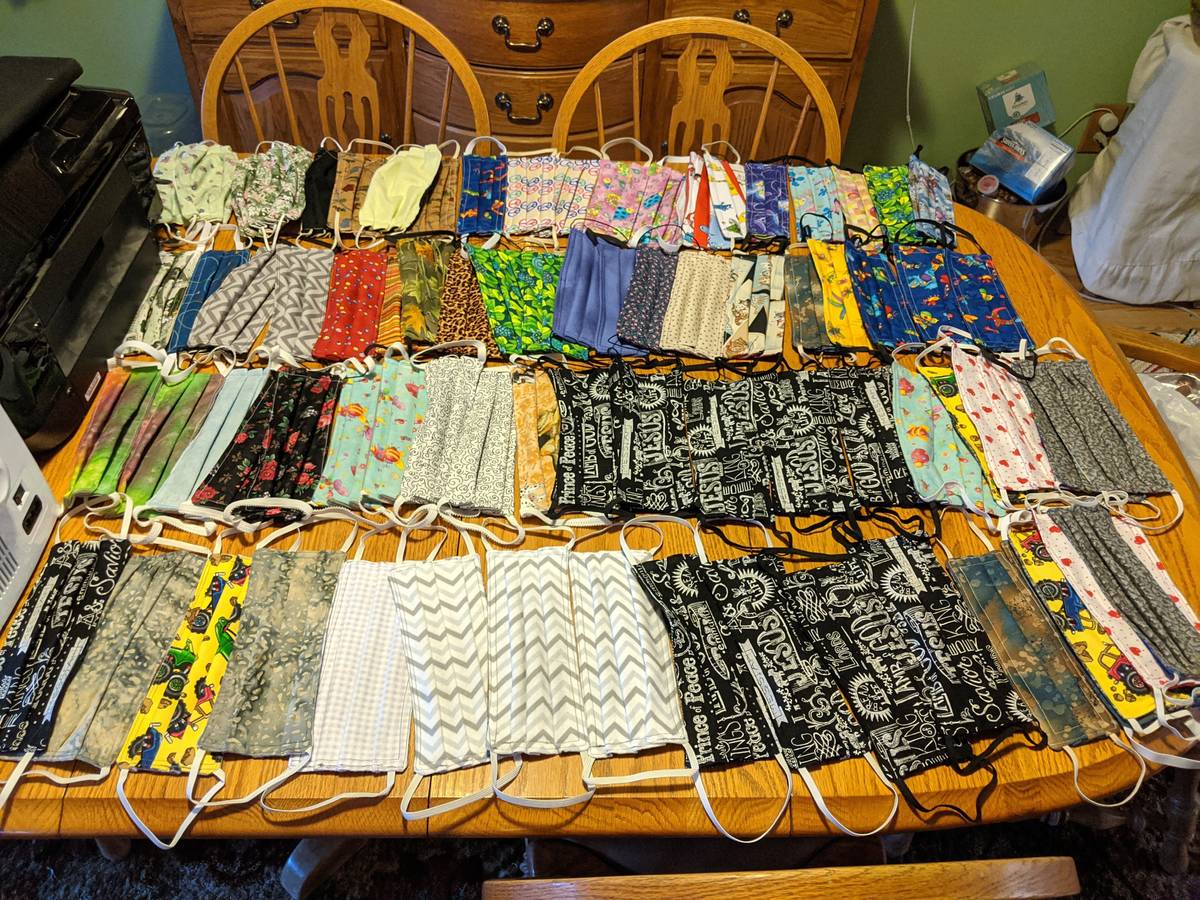 Deb Cobb/Special to the Pahrump Valley Times Dozens of sets of finished masks, reflecting hours of work, are ready to be shipped out. 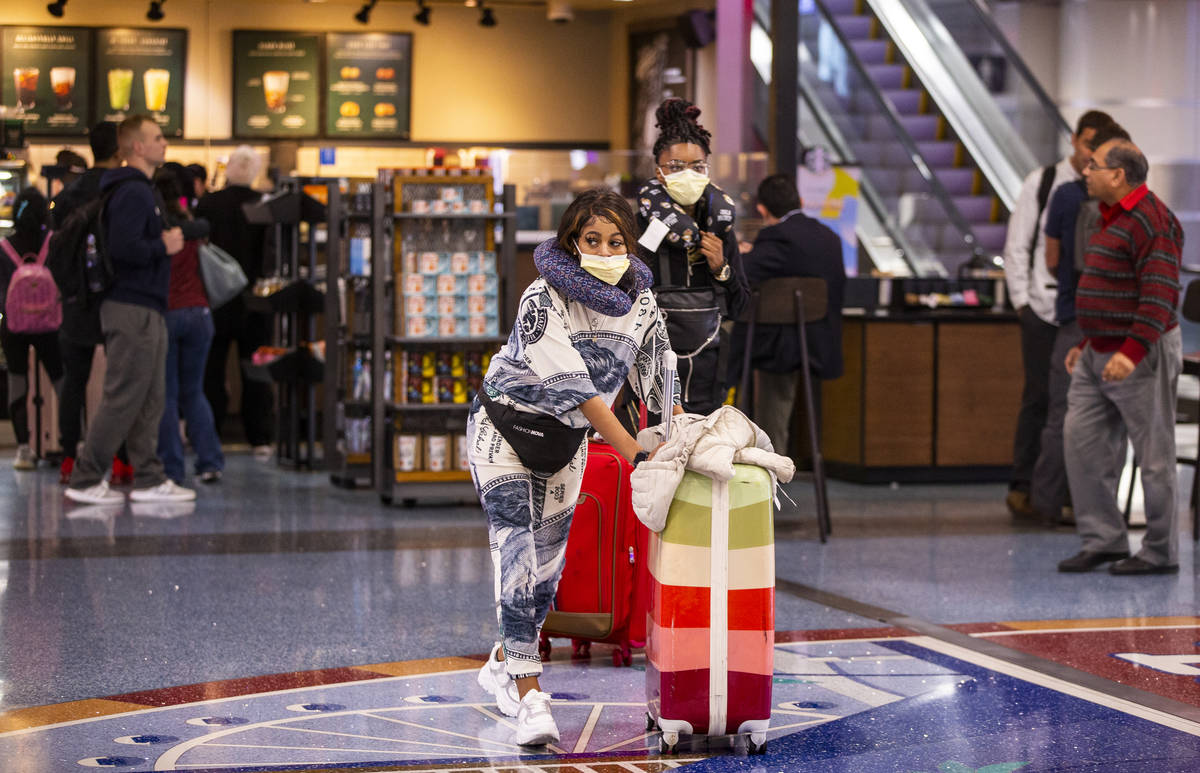 Sometimes, a mask is just a mask.

Sometimes, a mask is a device to reduce the odds that you neither catch or convey the highly contagious coronavirus, not a political statement.

But as with most everything else in American life nowadays, whether or not you wear a mask while in public has become a statement about your politics and your belief (or lack thereof) in the dangers posed by COVID-19.

It really shouldn’t be.

The Centers for Disease Control and Prevention is pro-mask, saying even people without any symptoms can be contagious. “In light of this new evidence,” its directive states, “CDC recommends wearing cloth face coverings in public settings, where social distancing measures are difficult to maintain (e.g. grocery stores and pharmacies) especially in areas of significant community-based transmission.”

Gov. Steve Sisolak has repeatedly encouraged Nevadans to wear masks in public as part of the ongoing efforts to flatten the coronavirus curve. Notably, he said he didn’t make masks mandatory in the hopes that Nevadans would use them voluntarily.

Nobody likes being told what to do. I regularly complain about Southern Nevada’s ill-timed traffic lights. But I still stop, not only because it’s the law, but because obeying those lights keeps me and my fellow drivers safe.

And so do masks.

There’s some ethics involved. The Review-Journal’s John Przybys last week quoted professor Wonyong Oh from UNLV’s Lee Business School: “We see that some people see wearing masks as an infringement of their own freedom. I agree that everyone should have the right to act freely. But no one has a right to put others in danger simply because you feel a little uncomfortable.”

Some go even further: The Rev. Barry Vaughn of Christ Church Episcopal said going without a mask is immoral and that wearing one is “a sign of consideration to your fellow human beings.”

You don’t have to drive Las Vegas roads for long to know the city’s motto is never going to be “consideration for our fellow human beings.” That’s probably why you see a lot of unmasked people in town, some who see refusal to wear a mask as a point of pride.

Ryan Lizza and Daniel Lippman, writing in Politico in early May, said the mask controversy is “a sign that in a deeply polarized America almost anything can be politicized and turned into a token of tribal affiliation.”

The headline of their piece? “Wearing a mask is for smug liberals. Refusing to is for reckless Republicans.”

So what’s the big deal about putting on a mask?

According to Garber’s piece, the highly visible wearing of a mask “has led to accusations that mask-wearing is a form of virtue-signaling: a smug display of moral values. The refusal to wear masks, though, recorded and turned into shareable media, is evidence of the opposite: vice-signaling.”

So not wearing a mask is another way of trolling, of pointing out that you think the coronavirus is overblown, that you’re unafraid, that you can’t be controlled by the government or another way of “owning the libs,” a favorite pastime of that disaffected segment of conservatives emboldened by notorious mask non-wearer President Donald Trump’s repudiation of convention.

It really shouldn’t be.

Sisolak, in one of his briefings, urged Nevadans to think of others. If you don’t wear the mask for yourself, wear it for your grandparents. First responders. Doctors and nurses. For people who have underlying health conditions or live with those who do.

In other words, think about the needs of other people and their lives.

And if you can do that with masks, perhaps something worthwhile may come out of this coronavirus crisis. Maybe the mask won’t just be a mask, but a symbol for a time when we realized that freedom and consideration for others shouldn’t be mutually exclusive.

Steve Sebelius is the politics and government editor and columnist at the Las Vegas Review-Journal.