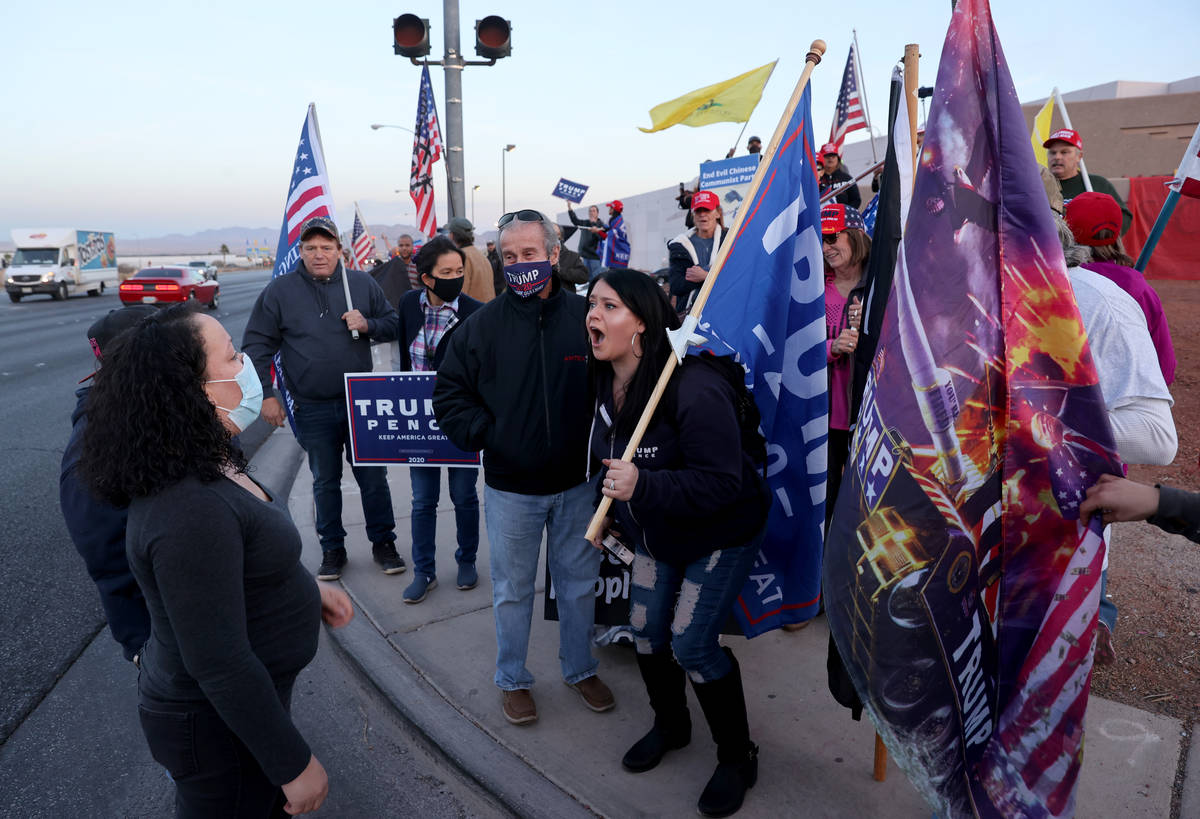 “Who ever knew Truth put to the worse, in a free and open encounter?” — John Milton, “Aeropagitica”

The waning days of President Donald Trump’s administration has seen truth on the ropes. Even now, large segments of the population say they believe the election was stolen.

States have certified the results under Republican and Democratic officials. Courts have rejected challenges, from the outlandish to the ridiculous. And Congress — despite the invasion of the Capitol by an angry mob — upheld the count with a bipartisan majority.

The CEOs of nearly 200 companies signed a letter that encouraged Congress to verify the election and move on. “Attempts to thwart or delay this process run counter to the essential tenets of our democracy,” they wrote.

The Joint Chiefs of Staff flatly declared Joe Biden will be the new commander-in-chief come Wednesday. “To our men and women deployed and at home, safeguarding our country — stay ready, keep your eyes on the horizon and remain focused on the mission,” they wrote.

Leaders of foreign nations, including Russia’s Vladimir Putin and China’s Xi Jinping, have congratulated Biden on his victory. The pope agrees.

But thanks to false statements from Trump, his family members and various and sundry supporters, many are still unconvinced. And this has serious implications for the nation, as Senate Majority Leader Mitch McConnell noted in his speech on Jan. 6.

“Self-government, my colleagues, requires a shared commitment to the truth and a shared respect for the ground rules of our system,” McConnell said. “We cannot keep drifting apart into two separate tribes, with a separate set of facts and separate realities with nothing in common except our hostility toward each other and mistrust for the few national institutions that we all still share.”

But that’s exactly what we have. The president himself tried to pressure Georgia’s secretary of state by repeating several myths about the election while trying to force a change in the state’s vote, ignoring the secretary’s calm, unequivocal rebuttals.

Here it must be said: No matter how many people believe a false thing, it remains false. Truth is not up for majority vote. It stubbornly exists, and remains true, even if everyone were to disbelieve it.

Some people disregard the truth because Trump said so. They invest the former reality show star with their faith because of his braggadocio and his projection of strength. Others know — or have good reason to know — that Trump is repeating falsehoods for his own nefarious purposes.

The former group deserves our sympathy, while the latter has earned our contempt.

America has a long history of lovable crackpots, people who believe odd and outlandish things. In most cases, such beliefs are harmless.

But these are not those delusions. If Jan. 6 proved anything, it’s that Trump’s lies are far from harmless. They now come with a body count. And if things don’t change, the death toll will grow.

John F. Kennedy reminded people that those who foolishly seek power by riding on the back of the tiger often end up inside. On Jan. 6, we saw what the inside of the tiger looks like: smashed windows, destroyed property, lives put in jeopardy, protesters and police officers killed.

For Trump, who has refused to acknowledge responsibility for the Capitol mayhem and whose calls for peace look like hostage videos, the zero-sum game comes down to a simple, binary calculation: Those who are for him are good and those opposed, bad. The truth simply doesn’t enter the equation.

For the rest of us, that can’t be where things end. We all share this nation, Trump supporters and detractors alike. And we will go on sharing it, long after Trump is a footnote in a history book (*the only president to be impeached twice).

We simply have no other choice if we’re to preserve our union.

Utah Sen. Mitt Romney, after the Capitol was cleared of rioters and insurrectionists and restored to order, put it best: “The best way we can show respect for the voters who are upset is by telling them the truth! That’s the burden, that’s the duty of leadership. The truth is that President-elect Biden won the election. President Trump lost.”

The truth may be hard to accept, but it nonetheless remains true. That’s where we must start in rebuilding our fractured national soul.