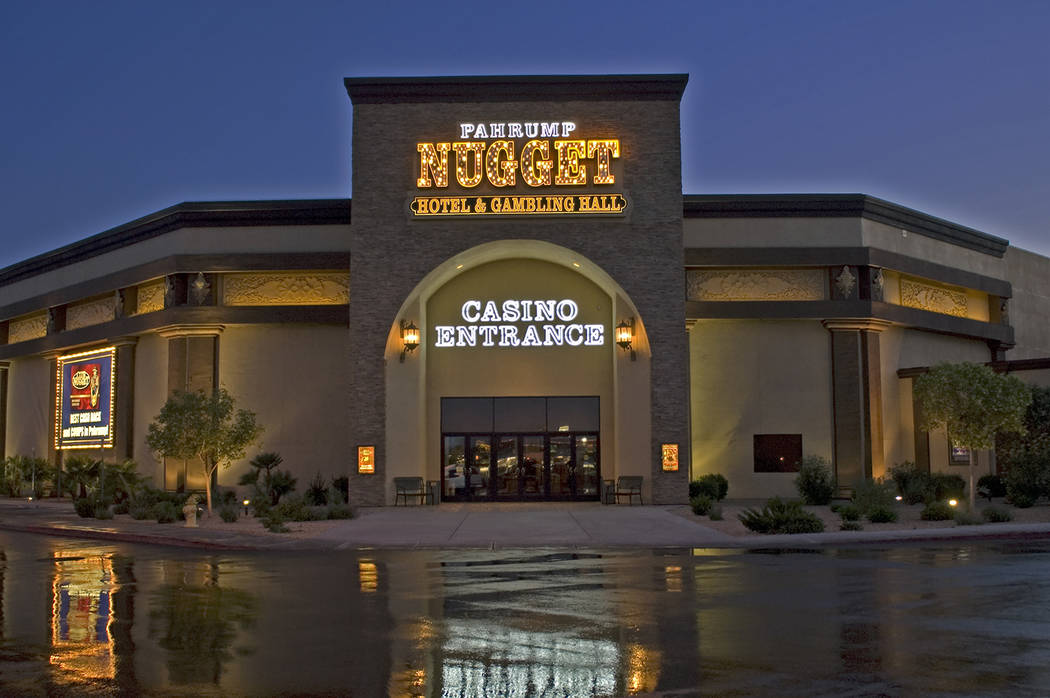 Special to the Pahrump Valley Times Golden Entertainment Inc. operates three casino properties in Pahrump – The Nugget, Gold Town and Lakeside in addition to casinos in other communities. This photo shows The Nugget in Pahrump. New menu items were announced for Stockman's Steakhouse in the Pahrump Nugget.

For the first time in two years, the menu at the Pahrump Nugget Hotel-Casino’s popular Stockman’s Steakhouse is receiving a slight makeover to further strengthen the restaurant’s standing as one of Nye County’s finest dining establishments, the company announced Monday.

New menu items at Stockman’s include a pork belly served over polenta, portobello mushroom fries served with a signature sauce, and a braised lamb shank served over risotto.

Guests can also still dine on some of the restaurant’s most popular selections, including coconut prawns, bone-in ribeye steak, and chicken camberra – a sautéed chicken breast served with wild rice, mushrooms, provolone and a bourbon sauce.

The new menu begins on Sept. 6.

“Stockman’s Steakhouse has been a Pahrump tradition since it opened in 2006 and we view these new menu choices as enhancing the restaurant’s experience,” General Manager Jeremy Jenson said in a statement.

The property has 69 hotel rooms, 470 gaming devices, 11 table games (including three poker tables), a race and sports book, a 208-seat bingo facility and a bowling center. Stockman’s is one of three restaurants at the hotel-casino.

The Lakeside Casino &RV Park has 193 gaming devices and recreational vehicle park with 160 RV hook-up sites that surrounds a seven-acre man-made lake. The casinos are connected through the Gold Mine Rewards Club.