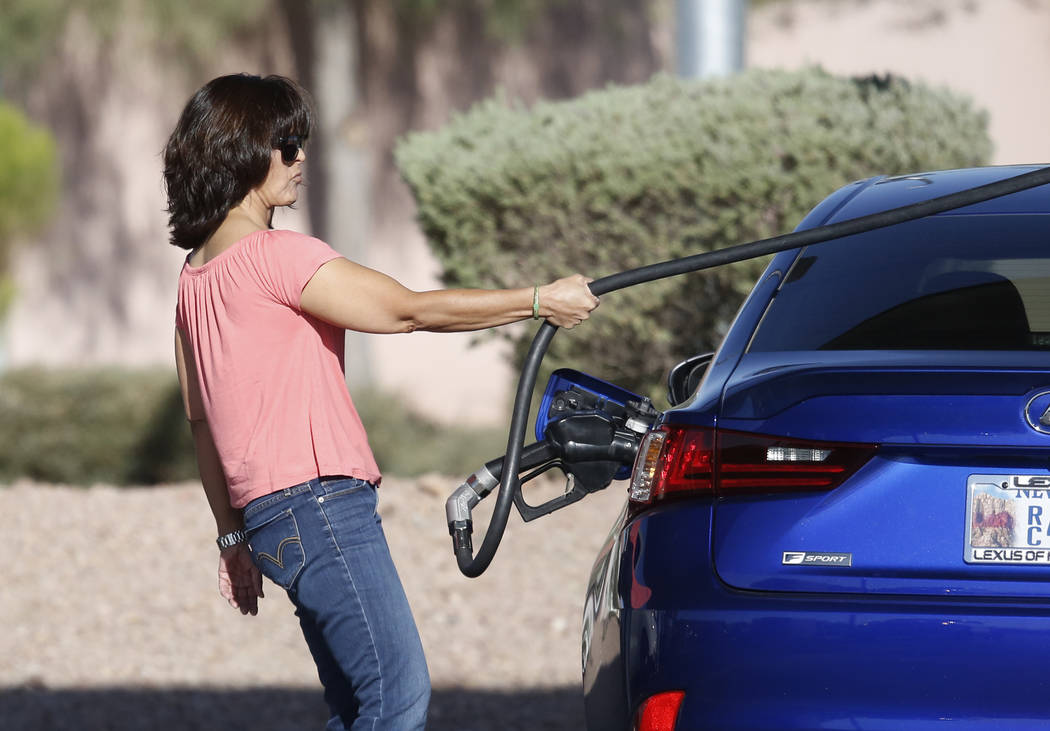 Analysts are predicting an increase in gas prices for Nevada drivers and those across the U.S. as many travelers gear up for one of the busiest travel times of the year.

Hurricane Harvey’s destructive power and subsequent flooding has led to more than a dozen oil refineries on the Gulf Coast to pull the plug on operations, including Motiva Enterprises’ Port Arthur operations, the nation’s largest refinery.

Experts estimate production has dropped between 10 and 20 percent since the storm hit on the evening of Aug. 25.

Tom Kloza, global head of energy analysis for New Jersey-based Oil Price Information Service, estimated that areas west of the Mississippi River could see increases from five to 15 cents a gallon over the next week or so.

At the same time, roughly 180,000 motorists are estimated to travel toward the Las Vegas area during Labor Day weekend, according to the Nevada Department of Transportation.

Nevada saw a bump of two cents, as of Wednesday, going from $2.66 a gallon a week prior to $2.68 a gallon on average across the state, according to data from AAA.

However, some local gas stations, which didn’t want to be mentioned by name, have stayed around the same since last week.

The spike has been larger on the national level.

As of Wednesday, average gas prices nationally had risen roughly six cents a gallon to $2.40 for regular gasoline from a week prior, when the average price for a gallon of regular gasoline was $2.34 across the U.S., according to data from AAA.

The jolt in prices may not be an ongoing phenomenon.

Stephen Miller, director for the Center for Business and Economic Research at the University of Nevada Las Vegas, said that “because it takes time for consumers to adjust their consumption patterns, the rise in the price of gasoline in the short run will exceed the long run increase in its price.”

Miller went onto explain further saying, “in the long run when consumers can substitute more fully away from their use of gasoline, the increase in the price of gasoline necessary to clear the markets is smaller.”

Kloza agreed that the nation would not be affected by long-term price increases and “would be shocked if gasoline prices do not move substantially lower in the fourth quarter.”

Nevada gets most of its gasoline from California, and is also a bit better off than some areas of the country because it receives a substantial amount of its gasoline supply from Salt Lake City refineries as well, he added.

One expert did have some uncertainty about the longevity.

“We have a bit of a cushion, but sooner or later the replacement cost, to replace the gas today, and over the next several days, will come with a more precious product,” said Dan McTeague, senior petroleum analyst at GasBuddy.com. “That’s a pretty substantial hit.”

“The question is whether it’s a short-term situation or is it long term,” McTeague said.

The longer the refineries stay down, the greater upward push on prices will occur, he said.

According to a report by S&P Global Platts, about 2.2 million barrels a day have been taken offline as of Sunday, which did not include Motiva’s 605,000 barrel a day output. Motiva announced Tuesday plans to shut down due to flooding.

The Texas Gulf Coast is home to 4.94 million barrels a day refining capacity, according to data from the U.S. Energy Information Administration.