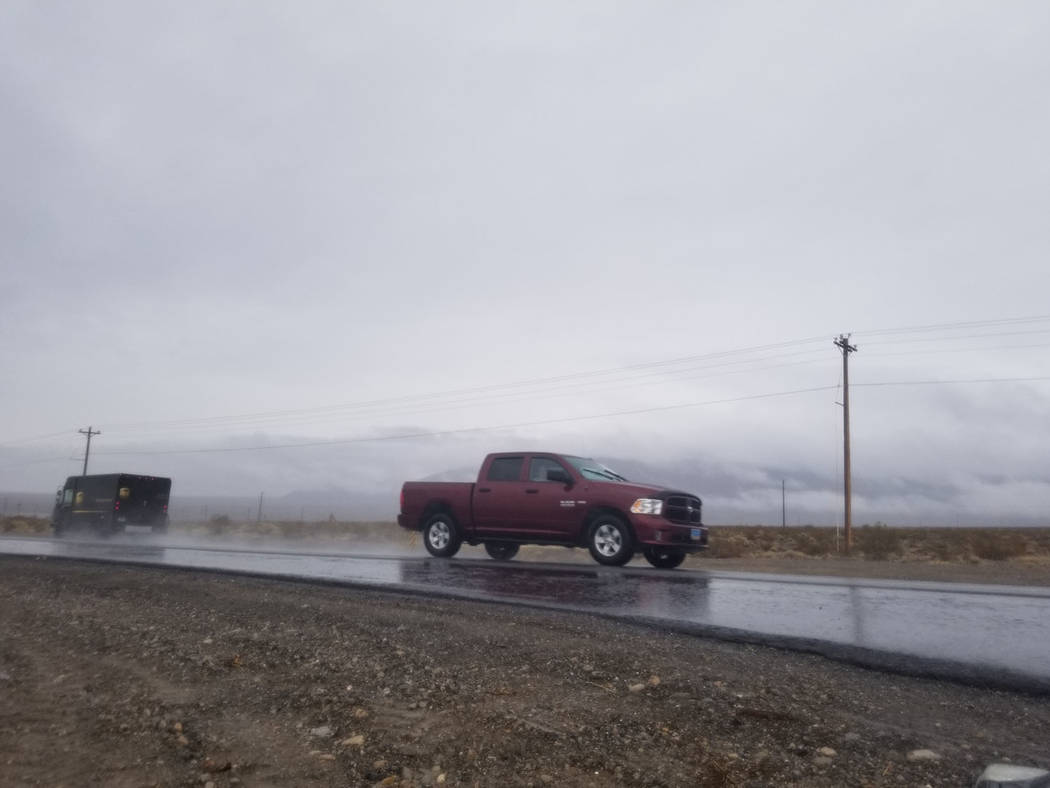 David Jacobs/Pahrump Valley Times Rain slickens Nevada Highway 160 in Pahrump as shown in this Dec. 4 photo that shows fog on the horizon. Drier weather was anticipated for later in the werek. 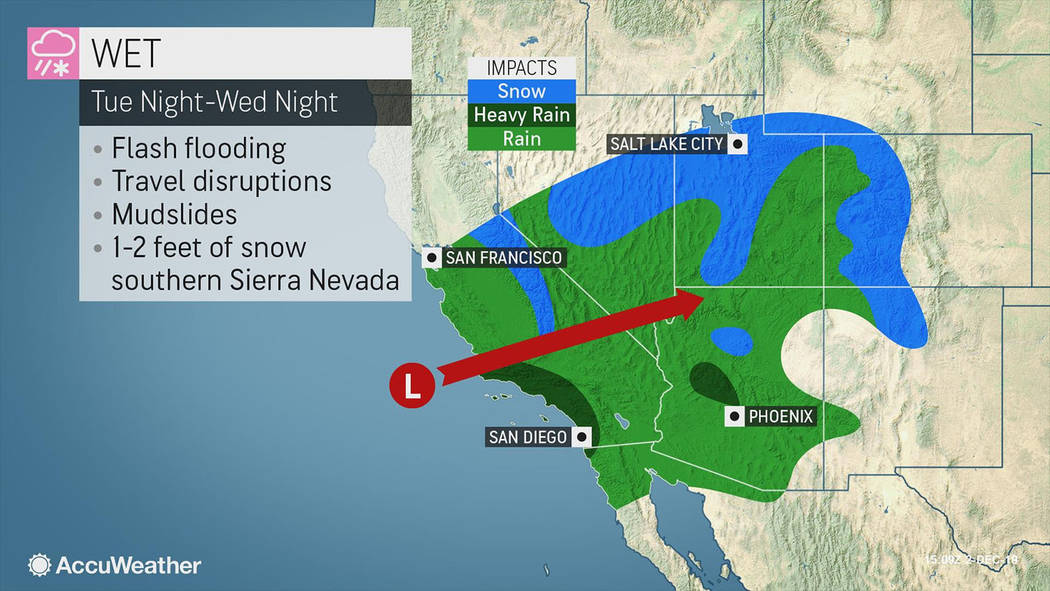 Courtesy of AccuWeather A look at the storm as it approached the region as shown in a graphic.

Another in a series of late autumn storms moved through the region this week, prompting a winter weather advisory for mountains near Pahrump and bringing steady rain to the lower elevations in town.

The National Weather Service described the event as a “much-anticipated storm system.”

The winter weather advisory, issued prior to sunrise Wednesday, covered the Eastern Sierra slopes, the White Mountains of Inyo County, the Sheep Range, the Spring Mountains and Red Rock Canyon.

“Snow expected above 7,000 feet,” the weather service said in its written statement. “Total snow accumulations of 5 to 10 inches above 7,000 feet and over a foot at the peaks. Rain may mix with snow at times between the 7,000 and 8,000-foot elevations, which may limit accumulations at that level.”

The advisory was to extend until late Wednesday night.

In Pahrump, rain picked up during the morning commute Wednesday, leaving roads slickened and fog on the horizon.

Fog was mentioned as a concern as highlighted in the weather service’s forecast discussion.

A dense fog advisory was in place Thursday morning.

Drier conditions were behind the storm but more storms are being eyed for next week.

“The prospect for more winter products may be on the horizon again for the higher elevations of Inyo, Esmeralda, Nye and Lincoln” counties, the weather service said.

The private forecasting service AccuWeather described this week’s wet weather as part of an “atmospheric river” expected to soak Southern California and the Southwest.

“The combination of rain, rising temperatures and melting snow can lead to flooding along some the small streams and short-run rivers flowing out of the mountains,” AccuWeather said via news release.