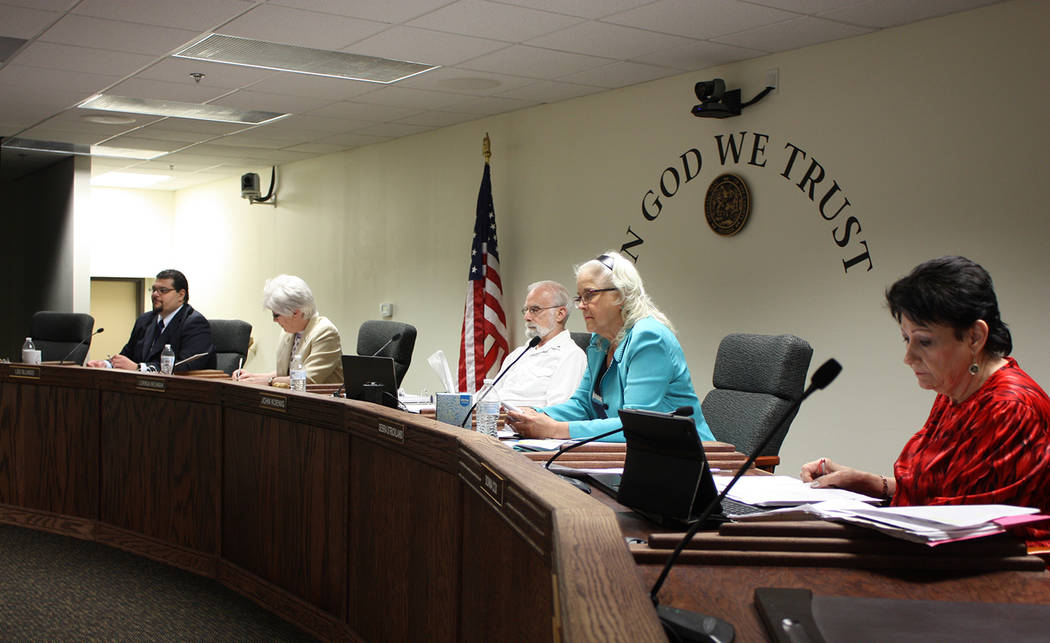 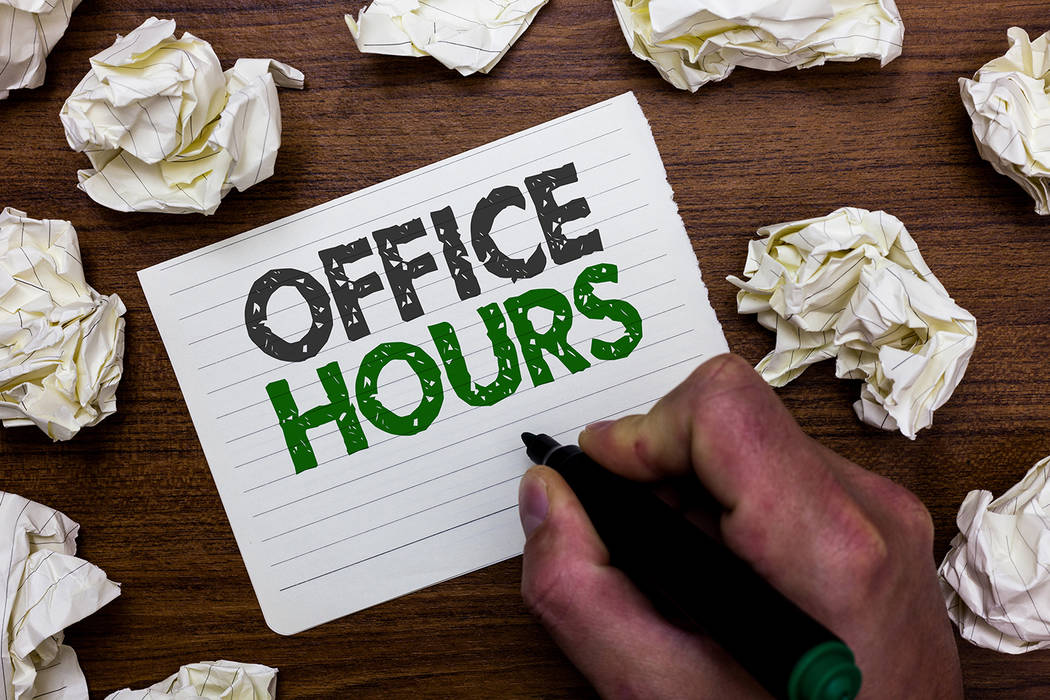 Getty Images The hours of operation for Nye County's varied offices could possible see a change, with Nye County Commissioner Debra Strickland calling for all offices to maintain the same hours.

Nye County Commissioner Debra Strickland is calling for the standardization of countywide hours of operation, requesting that all county offices maintain the same business hours and operate five days per week.

Strickland had an item to that effect placed on the Aug. 6 commission meeting agenda, but that item was tabled as other commissioners and county department heads expressed reservations about the proposed change.

The county will now be turning to a survey to assess the appetite among its employees and the public for such a change.

Strickland opened the item on Aug. 6, telling her fellow board members, “I have requested that we take a review of what we’ve got going on in the county when it comes to the hours of operation and in doing so, I find that we have six offices within the county that are closed on Friday. And I feel that all the offices in the county are critical.”

Strickland read over a list of the operating hours for the various county offices, which reflected differences, not only in the number of work days per week, but in the actual hours they are open as well, with some opening as early as 6:30 a.m. and others not opening until 9 a.m. There was variance in lunch hours as well as the time when the separate offices close, with some shutting down for lunch and others not, and the doors closing at 4 p.m. in certain offices while others stay open until 5:30 p.m.

“I would like to make a motion to have a county-wide time set for all of these offices for the convenience not only of the public but also the operations of this county. I’d like to see that they all be from 8 a.m. to 5 p.m. with 12 p.m. to 1 p.m. as lunch,” Strickland stated.

Strickland said she understood that a change of operating hours would be somewhat difficult for some of the offices due to staffing, but she still felt that it would be in the best interest of the county and the public. “The whole idea of having a county body is so that we are like and kind,” Strickland asserted.

Nye County Commissioner Lorinda Wichman jumped in, remarking that the ability to have flexible hours is imperative for some departments, as they would not be able to fully staff the offices and stay within their operating budget.

Wichman also stated that closing an office for an hour during lunch would pose a problem for some offices as well.

“In my opinion, when you choose to be that rigid, you need to be able to step to the plate with the financing and the budgets available to provide those people with additional staff so they can meet that requirement,” Wichman said.

As for Nye County Commissioner Leo Blundo, he stated that he felt certain departments were operating fine as is, but he did find it odd that the offices in Tonopah, the county seat, must work five days per week, as required by state law, while those in Pahrump are allowed to run four days per week.

Furthermore, he said he was also frustrated that some offices shut down for the lunch hour.

Nye County Recorder Deborah Beatty and Nye County Assessor Sheree Stringer also joined the discussion to express their own concerns about the proposal.

“You can’t substitute customer services at 6:30 in the morning, you just can’t,” Beatty, whose offices open at 6:30 a.m., told the commissioners. “Outside the scope of 8 a.m. to 5 p.m. when a lot of people work, they are able to come to my office and to Sheree’s office and do their business before they have to go to work.”

Changing her Pahrump office to a five-day work week and adjusting hours of operation to 8 a.m. to 5 p.m. would impinge on the ability to provide a high level of customer service, Beatty declared.

Stringer agreed, noting that she believed working four 10-hour days per week is best for her office as well. “We get more work done in a four-day work week than a five-day work week,” she declared.

Strickland stated that she thought additional information might help clarify the issue, such as a tally of the amount of overtime hours worked in office maintaining a four-day work week. Therefore, she was comfortable putting the item off for the time being and she changed her motion to continue the discussion until a future time.

Nye County Commissioner Donna Cox, silent up to that point, finally added her thoughts. Cox said she felt the best course of action would be to conduct a survey of the county employees to gauge the appetite for standardized office hours, a suggestion that appeared to appeal to the commission.

Wichman noted that she would like to see members of the public, who were the source of complaints regarding the disparate office hours, take part in the survey as well.

The motion to continue the item passed with all in favor.