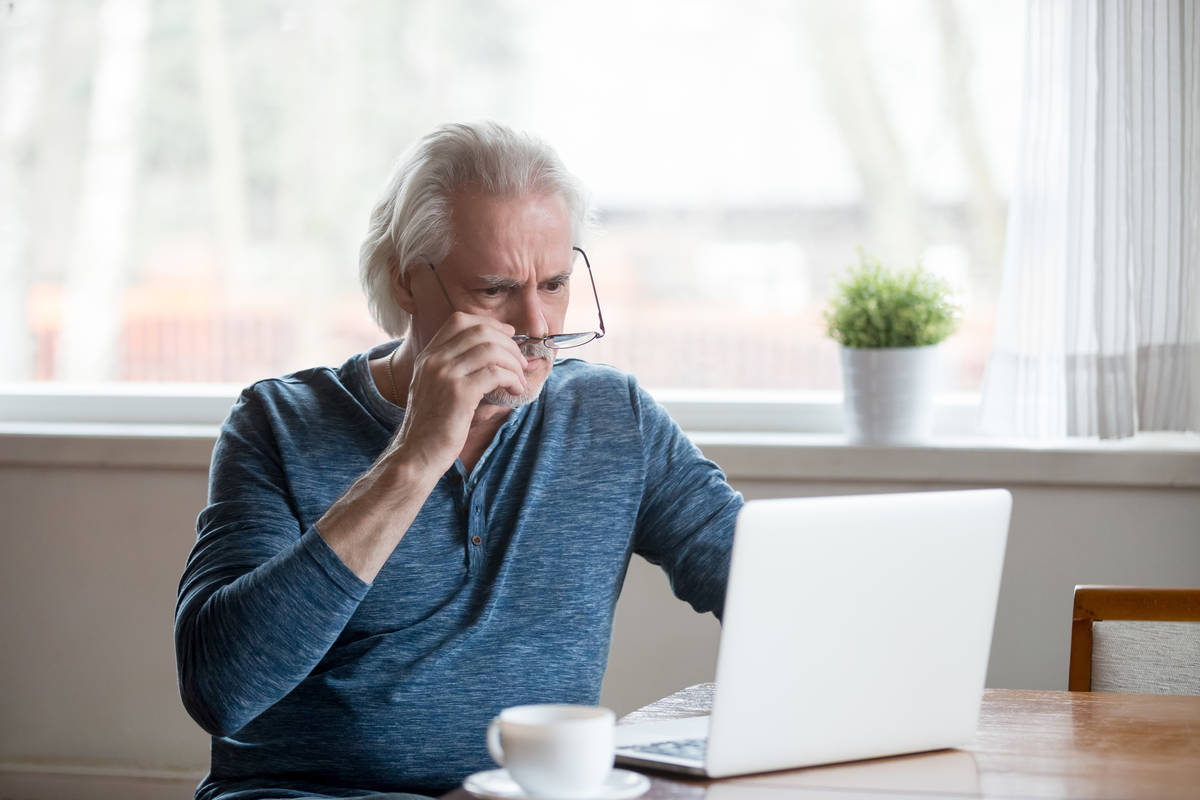 Getty Images The end of the year is a particularly risky time as scammers use things such as Medicare open enrollment, sham charity organizations and increased online shopping to target seniors.

As social restrictions continue in support of public health, risks associated with isolation permeate among the aging population.

According to a Wells Fargo study conducted by the Harris Poll from Nov. 17-19, 25% of all seniors age 60 and above report feeling isolated and lonely, and 43% can go days without talking to others and spend most of their time alone.

According to the poll, 20% of seniors age 60 and above report living alone, a number even higher among senior women (26%).

Isolation has been shown to have numerous negative health consequences, ranging from depression to cardiovascular disease and cognitive decline. The risks do not stop there.

According to Ron Long, head of Wells Fargo’s Aging Client Services, isolation is a major contributing factor in many elder financial exploitation cases, and the pandemic is exacerbating that.

“Scammers know that seniors are isolated now more than ever,” Long said. “When someone is alone, physically or socially, they often miss out on the added benefit of a second pair of eyes and ears.”

Compounding the risks associated with isolation is the alarming number of seniors who feel their chances of falling victim to a financial scam are unlikely.

Sixty-nine percent of all seniors age 60 and above believe they are not likely to be susceptible to a financial scam, despite nearly all seniors (97%) acknowledging that older people are very or somewhat susceptible to becoming a victim.

When asked about their peers, the poll found nearly half (47%) of all seniors age 60 and above knew someone who had already fallen victim to a scam.

“The results indicate what most of us want, the ability to age in place, relatively unaffected from the realities associated with aging,” DeLiema said. “The problem is when someone doesn’t feel they are at risk, they are unlikely to take precautions.”

The end of the year is a particularly risky time as scammers use things such as Medicare open enrollment, sham charity organizations and increased online shopping to target seniors.

Seniors are urged to talk with trustworthy family members about your financial plans and call when something doesn’t feel right, even if you are being told not to; update and have legal documents in place, such as wills, an advance health care directive and powers of attorney for financial matters and for health care; consider signing up for direct deposit, automatic bill pay and large transaction alerts; and keep checks and credit cards locked away.

“Aging resiliently requires planning ahead and not shying away from difficult conversations,” Long said. “We have to talk about the risks, the warning signs and prevention, and we have to keep talking.”