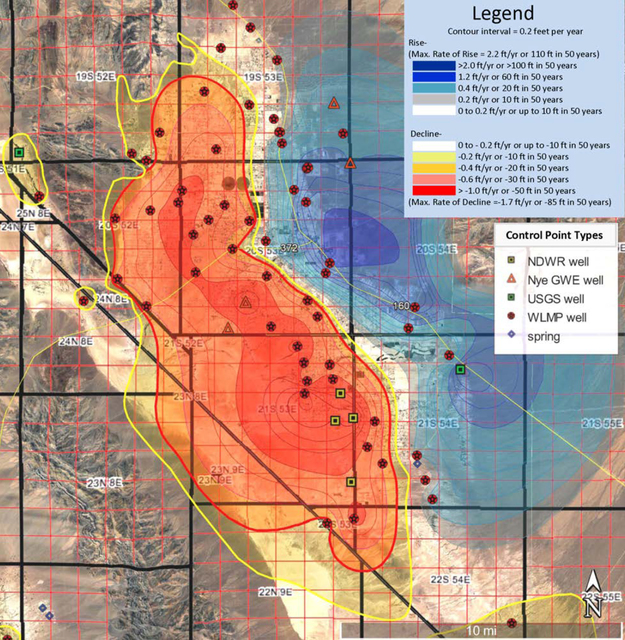 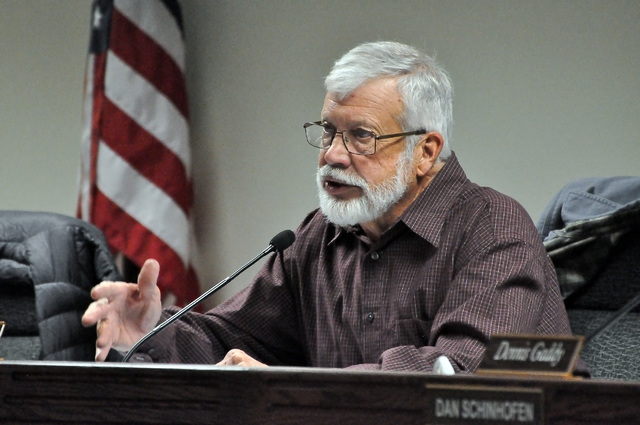 A preliminary study that was presented by Nye County Geoscientist John Klenke showed a number of wells in the Pahrump Valley could go dry under certain scenarios. However, officials said that a failure of the well only means that it has to be deepened in the future.

Klenke presented the dry well study titled “Estimated Effects of Water Level Declines in the Pahrump Valley on Water Level Longevity” to the Nye County Water District Governing Board at its recent meeting.

The method used in the study has a lot of assumptions in it, Klenke said.

“The idea is we are trying to understand when and where wells will go dry in the Pahrump Valley,” Klenke said. “They are only estimates, rough approximations, and the results should not be used on an individual well basis but rather in a geographic manner to observe trends across the valley.”

During the study, officials looked at water level trends from hydrographs in the controlled wells and estimated the rates of decline. Klenke said areas that had estimates of a decline of 10 feet in 50 years, or 0.2 feet per year were called “areas of appreciable decline.”

“Intersecting the future potential metric surfaces with existing wells constructed in the shallow aquifer, we were able to estimate the number of wells that would fail due to these projected water level declines,” Klenke said.

Failure of the wells doesn’t mean they would go dry forever, Klenke said. It only means that they would need to be deepened.

“The red polygon, the red dark line is minus 10 feet in 20 years or half a foot a year, we call it ‘an area of rapid decline in the basin,’” he said.

There are currently 9,774 wells in the area of appreciable decline, according to the data.

Under the 20-year scenario, Klenke said 438 wells were predicted to become dry or fail by 2035, Klenke said. Approximately 3,085 of the 9,744 domestic wells would be dry in 50 years, assuming flat population increases, and that agricultural pumping is not increasing or decreasing.

The study took into account only those well failures that would occur only to water level declines and not due to mechanical failures of the wells.

Klenke called results “reasonable” but said they could be potentially improved.

“It could be improved by more accurate ground elevations, by soon-to-be available higher resolution Digital Elevation Maps,” he said.

“I also recommend that these should be updated in five to 10 years to incorporate new information derived from new wells drilled within the area of appreciable decline, also incorporate additional water level measurements that the Nye County Water District program will be collecting, and any new index wells which we may put in place between then,” he said.

Officials said the information from the study will be used for physical infrastructure to stabilize water levels.