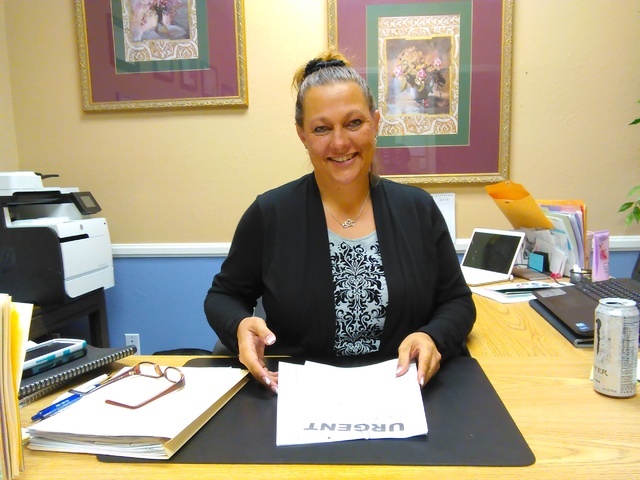 Ginger Stumne, deputy public administrator, has been appointed by Nye County commissioners to serve the remainder of the term after Robin Dorand-Rudolf recently resigned. Special to the Pahrump Valley Times

Ginger Stumne, deputy public administrator, has been appointed by Nye County commissioners to serve the remainder of the term after Robin Dorand-Rudolf recently resigned.

“Robin did resign due to medical issues and we appointed her deputy to fill her unexpired term,” Nye County Commissioner Lorinda Wichman said.

Stumne, a Pahrump native that has worked in a number of organizations in the community, will fill out the remaining 27 months of Dorand-Rudolf’s term.

“I wish to continue to support our community in any way that I can,” Stumne said in her application.

Dorand-Rudolf became the public administrator after winning election in November 2014.

Nye County Commissioners unanimously appointed Stumne for the position at the meeting on Tuesday.

“Ginger Stumne provides us some continuity while she is there (and) has been recommended by the retiring, resigning public administrator,” Nye County Commissioner Dan Schinhofen said.

“I would encourage David to please sign up as a deputy and get to know this county and this process,” Schinhofen said.