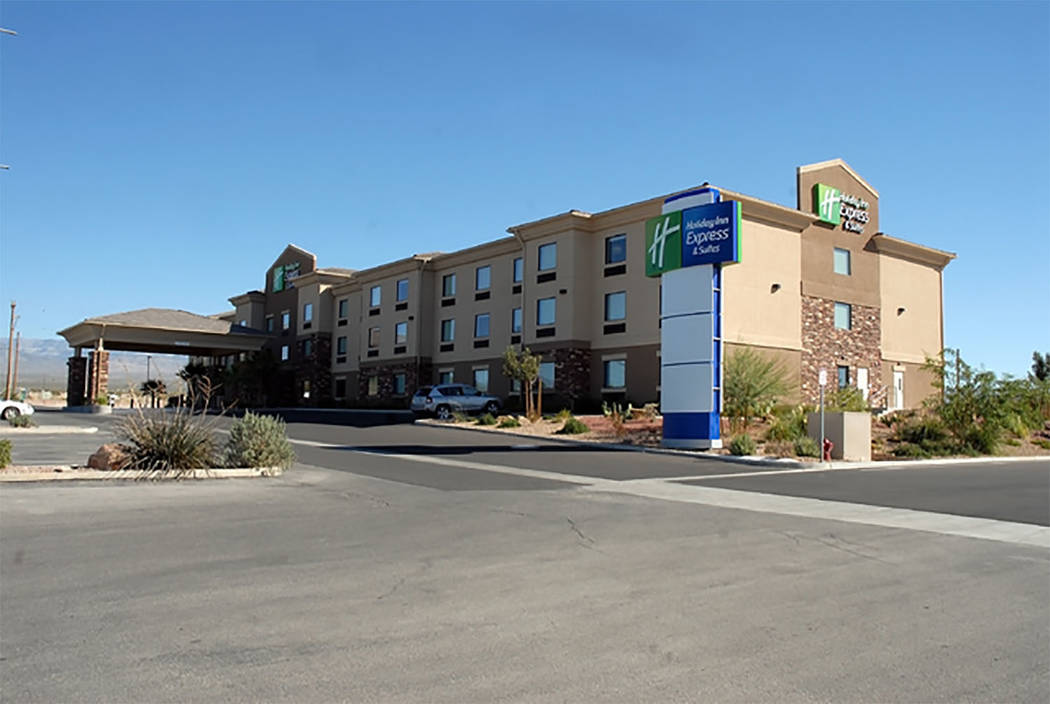 Special to the Pahrump Valley Times Nye County Sheriff's Office detectives are investigating a body discovered at the Holiday Inn Express along Highway 160 on Saturday. Authorities are calling the death suspicious. The sheriff's office has yet to release any details on the gender, age or whether the body was that of a local resident. Additional details from the sheriff's office are forthcoming.

There are more questions than answers regarding a body discovered in a room at the Holiday Inn Express on 861 S. Highway 160.

The death is initially being deemed suspicious by the sheriff’s office.

Officials have yet to release any details on the gender, age or whether the body was that of a local resident.

The exact cause of death also remains unknown.

The sheriff’s office plans to release additional information in the days to come.