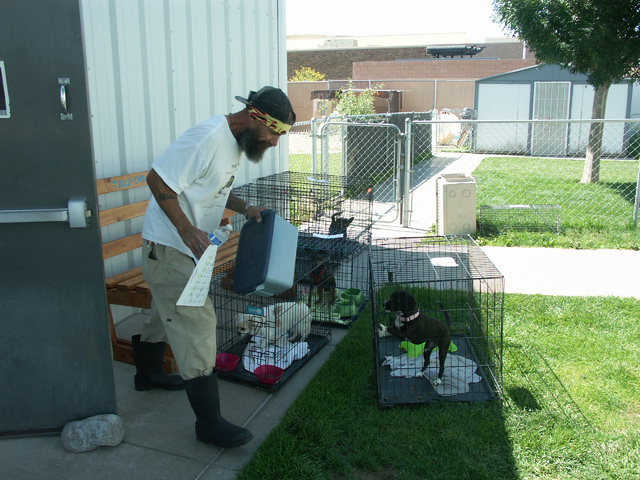 Officials at Tails End Animal Shelter have cancelled their contract with Nye County and will cease providing services for the facility at the end of this month.

Tails End President Susan Cronin said the shelter was given a rough estimate of 90 days before county officials were ready to disclose details for a new contract.

She said as of this week, there has been no communication from the county about a new contract, which essentially forced her to act.

Cronin noted that Tails End board of directors decided to give a 30-day notice late last month after hearing nothing from county officials.

“We had a two-and-a-half day board meeting and we figured the best defense is a good offense, and we resigned so we could get them to talk about what they wanted to do,” she said. “They were supposed to be negotiating but they never did. Not once did they call for any meeting regarding the new contract.”

County Manager Pam Webster disputed Cronin’s assertion in an email Wednesday about a lack of communication between the entities.

She said county staff has been working to review Title Six in the Nye County Code, for appropriate modifications and applications to future animal shelter operations. The code pertains to animal welfare, public health and safety, as well as rabies control.

“The Board of County Commissioners had authorized a contract extension to Tails End on a month-to-month basis until the ordinance modification could be completed,” Webster said. “Tails End has been notified of progress on the ordinance changes, and is responding accordingly. This notice from them was not unexpected.”

At the Nye County Commission special budget meeting May 29, Webster said the contract would be put out for bid after the ordinance is completed.

“The current facility is not built to properly handle the amount of animals that must come in yearly,” Cronin said. “The hours of staff and volunteers who have worked tirelessly have so many concerns that need to be dealt with night and day, seven days a week.”

Cronin also said she suspected the county was looking to replace her, which explains why there’s been zero communication between Tails End and county officials.

“I heard that my replacement is a private person from out of town who is super wealthy and he’s going to build a fancy animal shelter,” she said on Monday.

Cronin also said shelter employees and volunteers have continually proven themselves to the community, where thousands of animals have been re-homed.

“Many of the animals were able to stay in the homes they had as we helped the owners find ways of keeping them,” she said. “We have built a strong support group and need time to work on perfecting new methods that will work as well as raising money for a new facility.”

Though the shelter was designed to hold 31 animals, Cronin said at present, it’s housing more than 80 animals.

She noted that an animal community type center would help to solve the overcrowding situation.

“Only 15 of the dog runs are for strays and adoptions,” she said. “The rest is for protective custodies. We have learned that with such a facility, we could triple the amount of animals that can be housed separately and humanely.”

“Perhaps in the near future we can work together again,” Cronin told county officials.