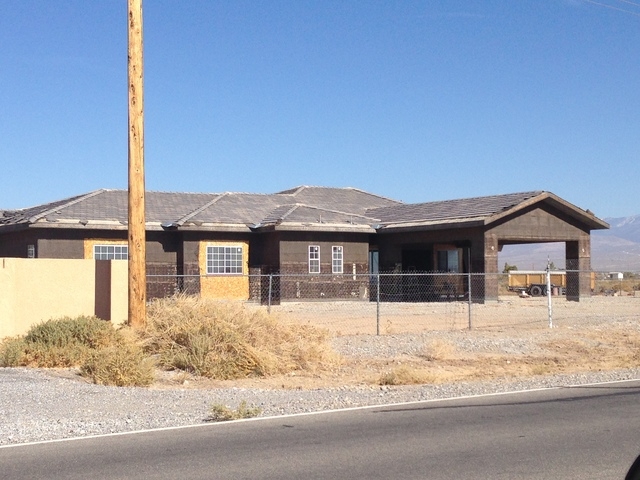 Nye County taxable sales fell 42.2 percent in August, the continuing impact of the end of construction of the SolarReserve Crescent Dunes project near Tonopah.

However, some key local indicators of the economy increased.

On more of a consumer level, motor vehicle and parts dealers saw taxable sales drop 5.6 percent in August 2014 from the same month in 2013, from $5.5 million to $5.2 million. General merchandise stores reported a 4.1 percent decline in taxable sales from $4 million to $3.8 million.

The Pahrump Building and Safety Department issued 38 building permits in October, up from 27 in September but equal to the 38 issued in August. Total valuations of new building activity were $2.9 million, down from the $7.3 million in September when Blackburn and Associates began work on the Holiday Inn Express hotel. The 10 building permits issued for single-family homes in October ranked second only to the 12 issued in August.

The gaming win for the 11 Nye County casinos holding non-restricted licenses was up 2.67 percent in September from the same month in September 2013, according to a report from the Nevada Gaming Control Board. The casinos reported a total gaming win of $3.8 million. Virtually all of the revenue came from slot machines, which accounted for $3.67 million in September.