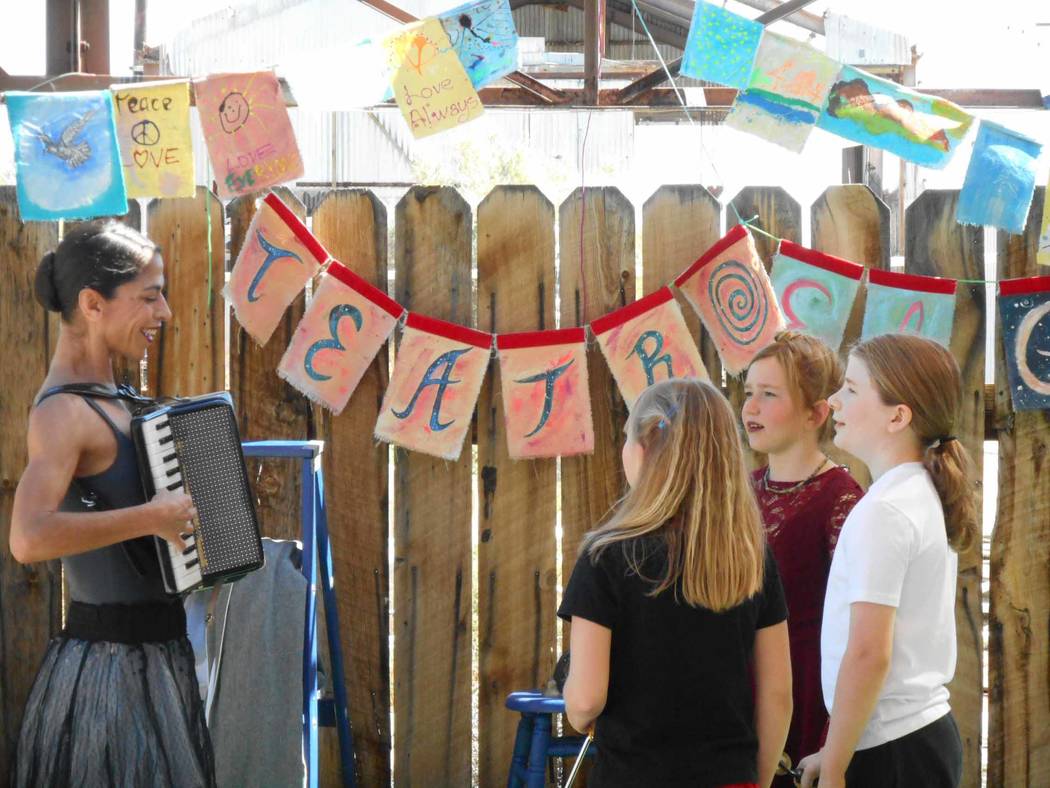 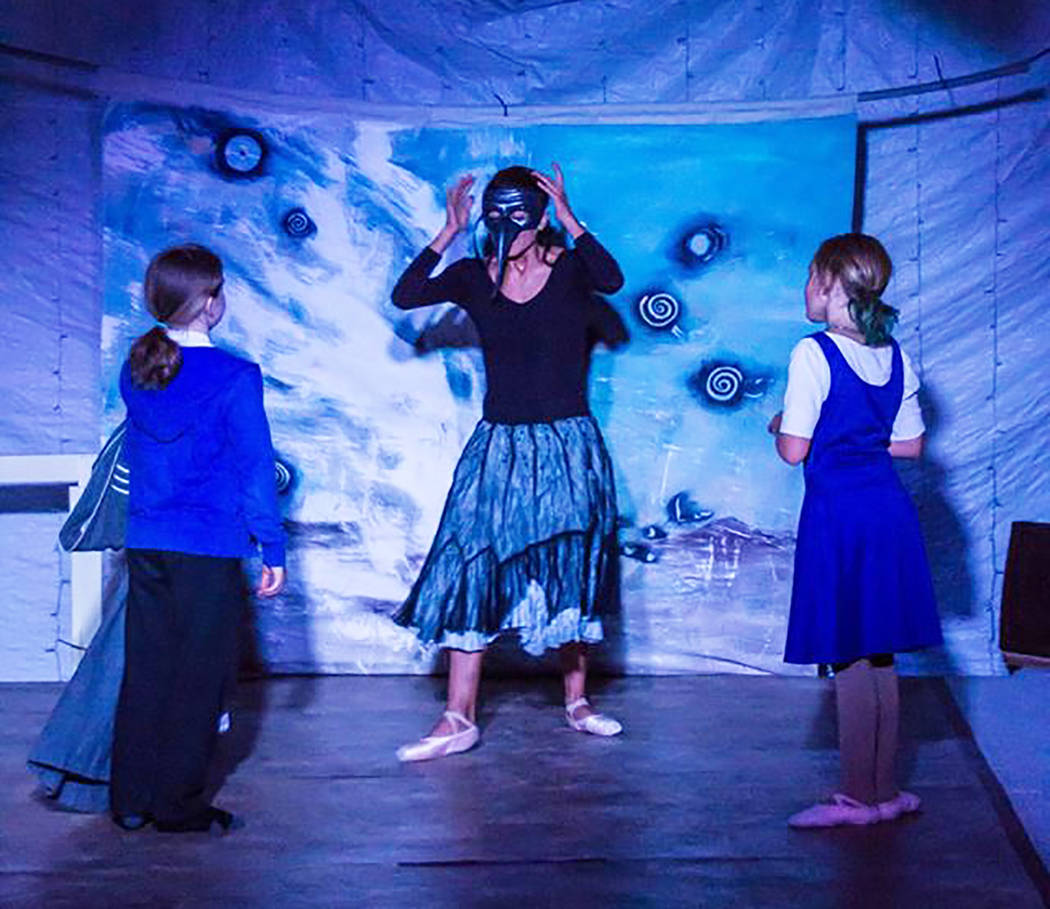 Nancy Good//Special to the Pahrump Valley Times Jenna McClintock, Padi Kirk and Sam Fann during a performance of Teatro El Grande in Tecopa 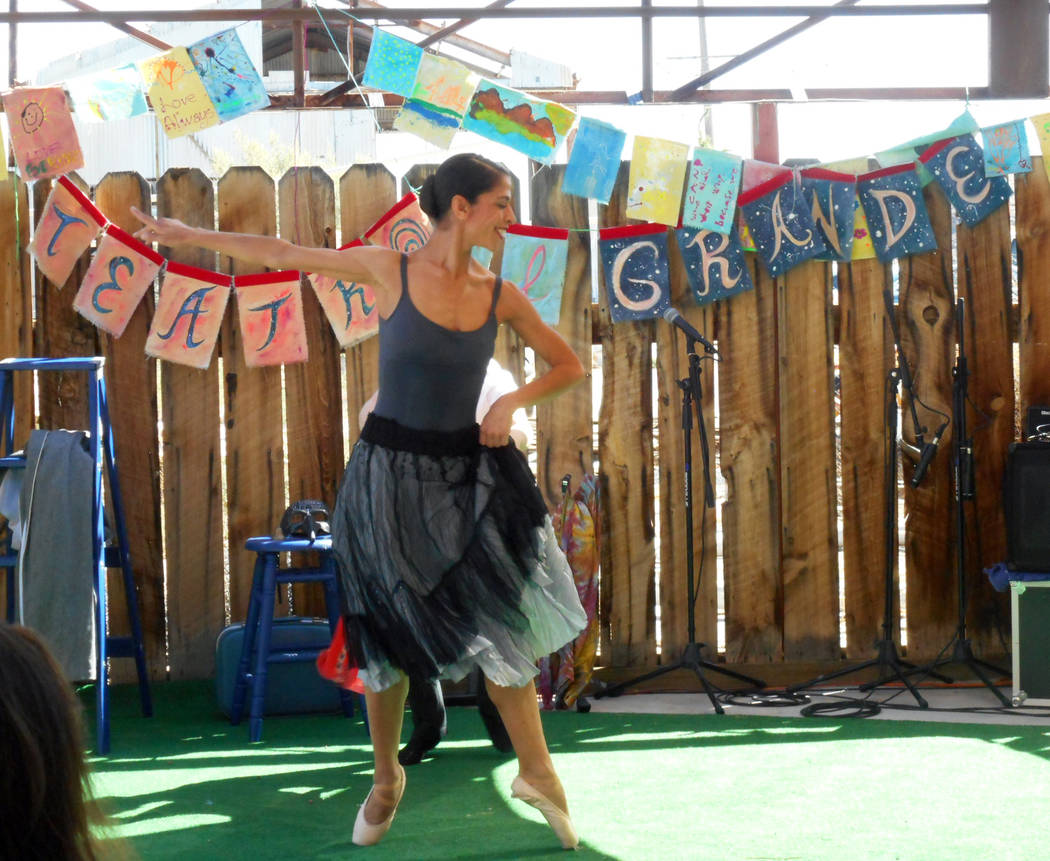 Teatro El Grande returns to Tecopa this weekend with a celebration of Halloween in “Flames of Our Ancestors,” an all-new show debuting Friday, Oct. 26.

The Tecopa engagement, including three performances from Oct. 26- 28, is held in conjunction with the Southern Inyo Fire Protection District annual Firehouse Fling fundraising event. The Fling includes a flea market, silent auction and raffle, and firefighting demonstrations on Saturday, Oct. 27.

“Flames of Our Ancestors” gives a nod to the rich traditions of Day of the Dead celebrations, said Teatro creator Jenna McClintock. She was inspired to pay tribute to her own Mexican heritage by including an homage to Emiliano Zapata and the Mexican Revolution.

The show also includes some traditional spookiness, inspired by one of its young performers who “really wanted to celebrate Halloween this year,” McClintock said. It incorporates a retelling, in music and dance, of the classic ghost story “The Green Ribbon” by Alvin Schwartz, with some additions by McClintock.

McClintock said this show echoes some of the pathos of the classic ballet “Giselle” and uses some of the music to evoke a sense of sorrow, and of the struggle between good and evil. The main characters, who begin by portraying themselves and then become the characters Jenny and Alfred in “The Green Ribbon,” are acted by Padi Kirk, 11, and Samuel Fann, 12.

Showtimes in Tecopa are Friday and Saturday evening at 5 p.m. and a Sunday matinee at 2 p.m. at the Hurlbutt Rook Community Center, 405 Tecopa Hot Springs Road.

Then on Thursday, Nov. 1, All Saints Day, Teatro makes its Pahrump debut.

“I wanted to host Jenna and the troop,” said Museum Director Marilyn Davis, because “what their performance represents is the history of the early shows for the area, such as what Marta Beckett was doing in her early days.”

The performances are expected to run about 45 minutes long. Admission is always free and donations are gratefully accepted. A portion of the proceeds from the Tecopa weekend shows will benefit the Southern Inyo Fire Protection District, a small volunteer fire and emergency medical response agency.

That fire protection district covers long stretches of lonely road for travelers on their way to Death Valley and serves a local population of mostly elderly residents, according to Fire Chief Carl Dennett.

Later in November, Teatro El Grande is set to appear for a weekend engagement, Nov. 23-25, at Stovepipe Wells in Death Valley National Park.