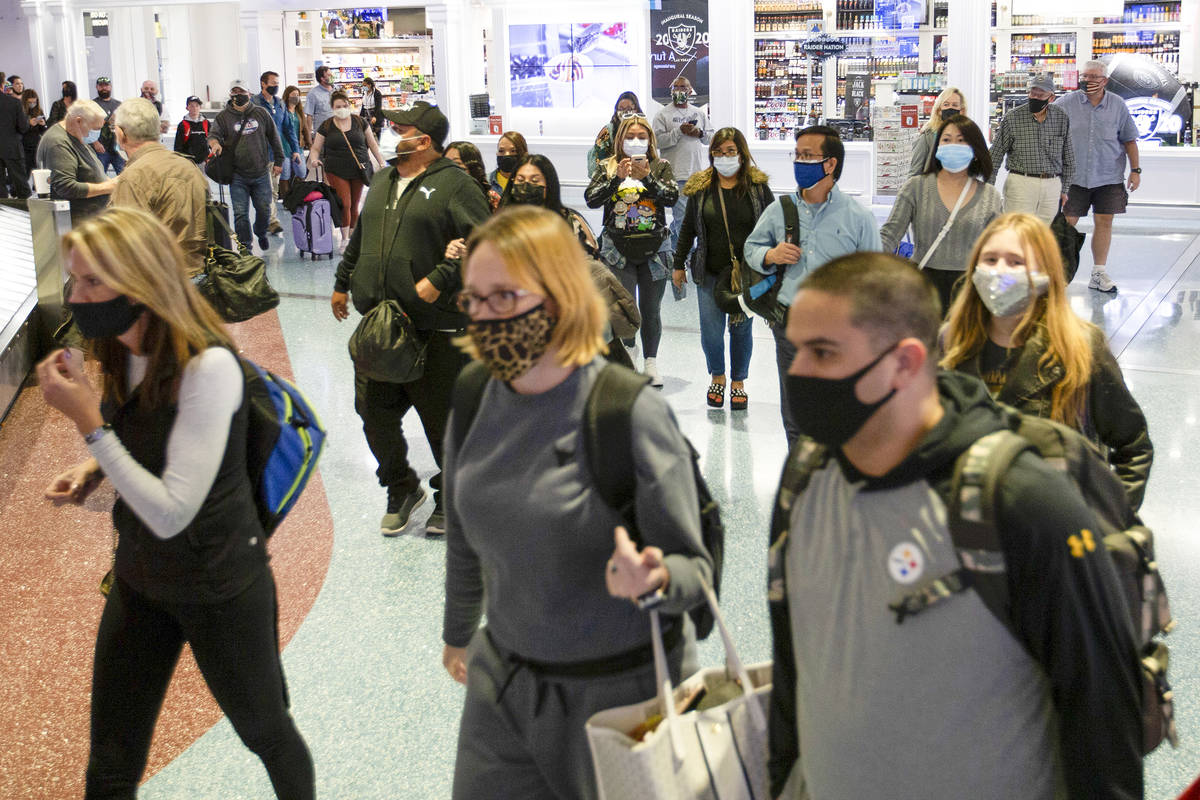 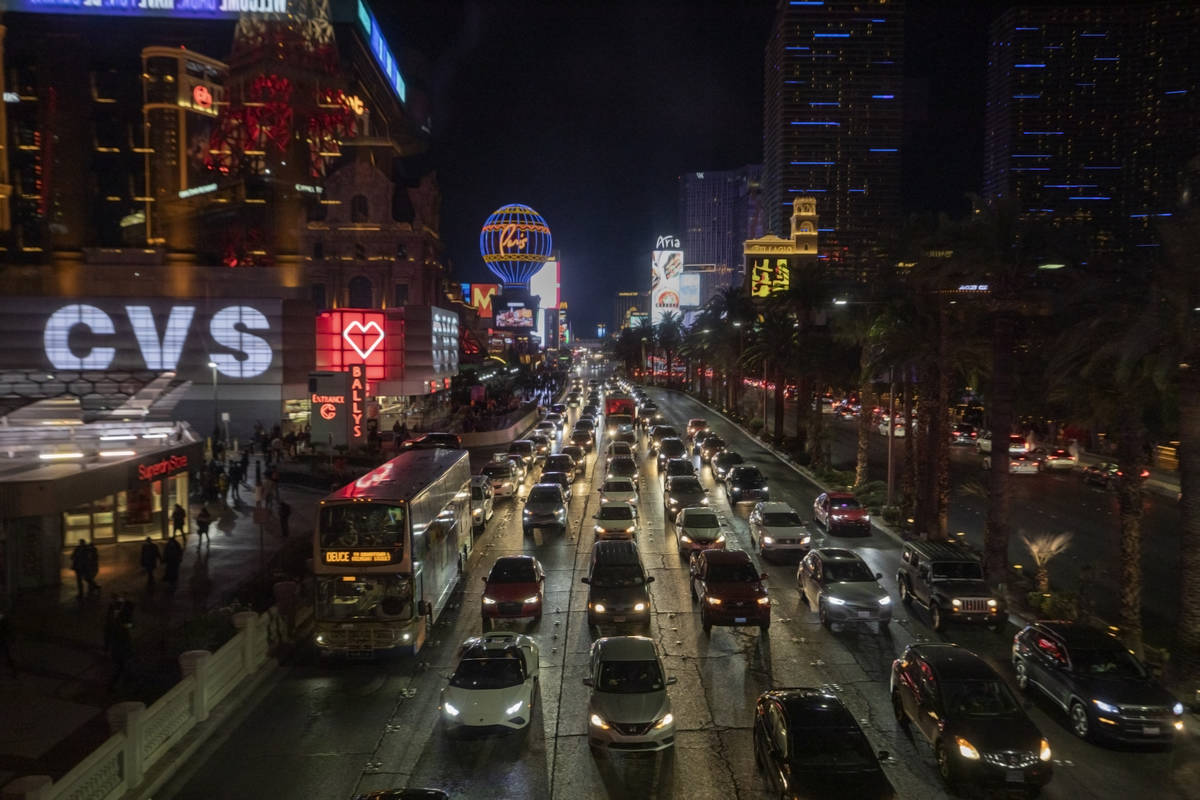 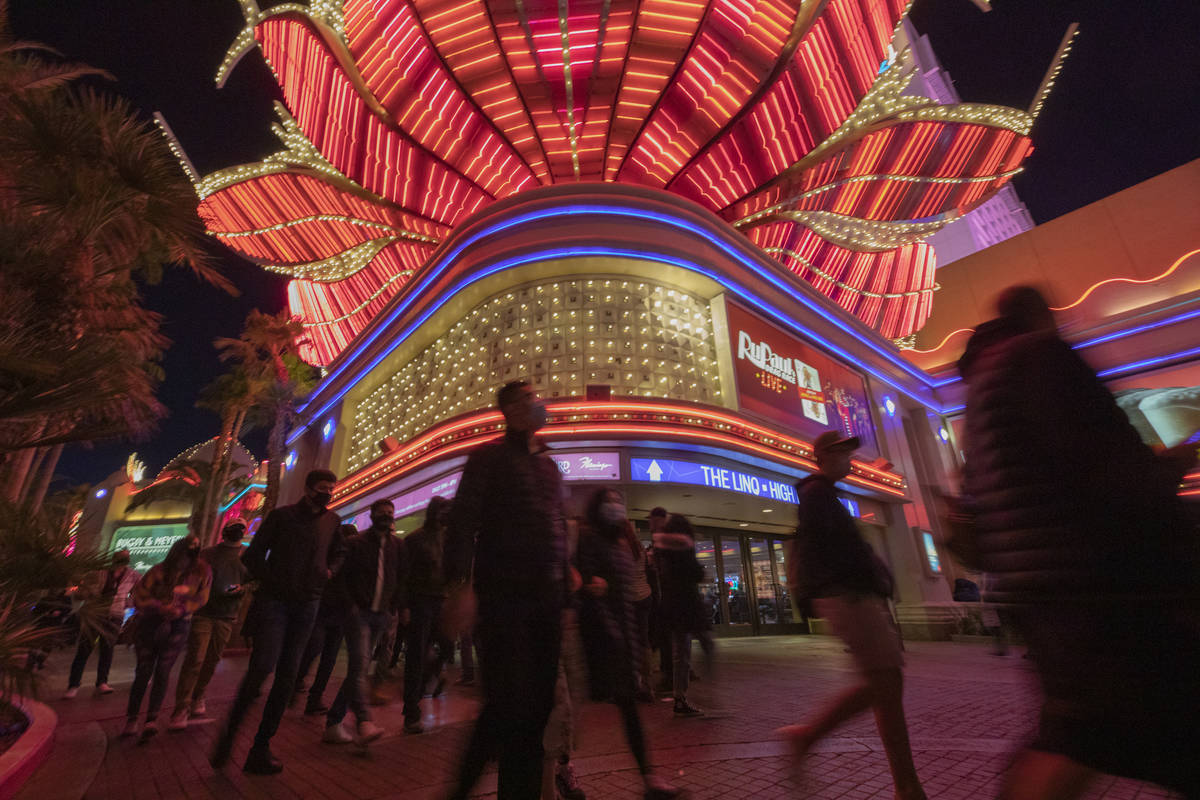 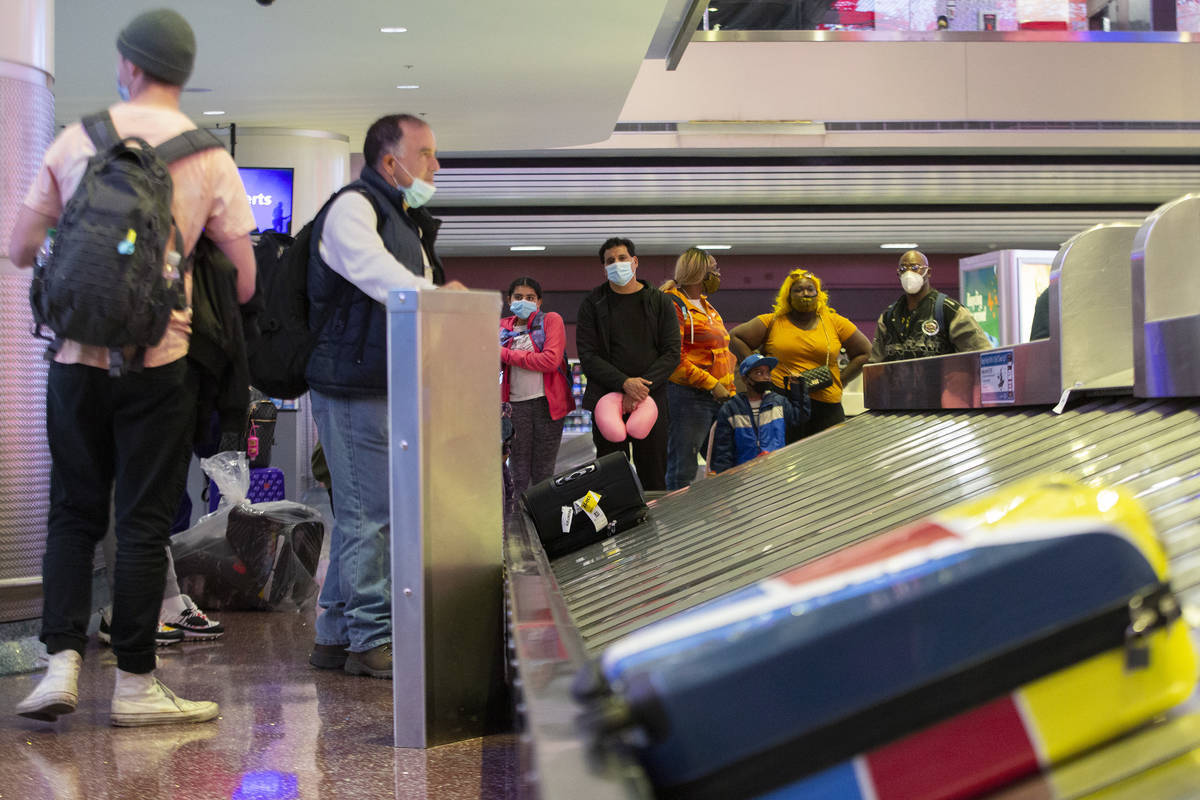 Visitors wait for their luggage ahead of the Thanksgiving holiday at McCarran International Airport on Sunday, Nov. 22, 2020, in Las Vegas. (Ellen Schmidt/Las Vegas Review-Journal) @ellenschmidttt

McCarran International Airport saw an increase in travelers over the Thanksgiving weekend but not at pandemic highs seen nationally.

Nationwide, nearly 1.2 million people passed through U.S. airports Sunday, the largest number since the pandemic began gripping the country in March, despite pleas from health experts for Americans to stay home over Thanksgiving.

Sunday was just the fifth time the million passenger mark was eclipsed since March, with three of the other four times occurring the week leading up to Thanksgiving. That’s still half the crowd recorded at airports last year, when more than 2 million people were counted per day.

The uptick in traveler volume occurred even as many states have travel restrictions in place and the Centers for Disease Control and Prevention had advised against traveling for the holiday.

Memorial Day, Independence Day and Labor Day were followed by increases in new cases. David O’Connor, a virologist at the University of Wisconsin who has studied the role of travel in the pandemic, expects the same thing to happen after Thanksgiving and leading up to Christmas.

“Travel is going to be contributing to a bigger surge. What we see in the next couple of weeks will tell us a lot about what will happen after Christmas,” he said. “We’re in the midst of a catastrophe as it is. You don’t need a surge for it to become horrible. The health care systems are already stretched.”

It’s unclear whether the pleas of experts had any effect on travel at Thanksgiving. Some airlines reported a pullback in bookings as the number of virus cases grew in the days before the holiday.

Before the latest surge in infections, airlines had added more flights for Thanksgiving, hoping for the same kind of boost in travel they saw over the July 4 and Labor Day holidays. They ended up canceling some of those flights, however, and demand is expected to fall back in early December before another potential pick-up in travel around Christmas.

Travelers who did make their way to McCarran were caught off guard by capacity measures in place as part of new COVID-19 restrictions announced last week by Gov. Steve Sisolak.

“We did see some travelers express surprise at the wait times for other operational services, such as our shuttle buses, as we reduced capacity to 25 percent in order to comply with the governor’s latest directives,” Rajchel said. “That type of reduction is going to naturally lead to a longer wait time.”

Rajchel said it’s imperative that travelers do their homework ahead of time to ensure that they’re aware of the safety measures that have been adopted.

“As more and more people elect to fly, it remains crucial they are knowledgeable of the different directives in place for where they are traveling to/from,” Rajchel said. “This will ensure they are best prepared to avoid these type of surprises.”