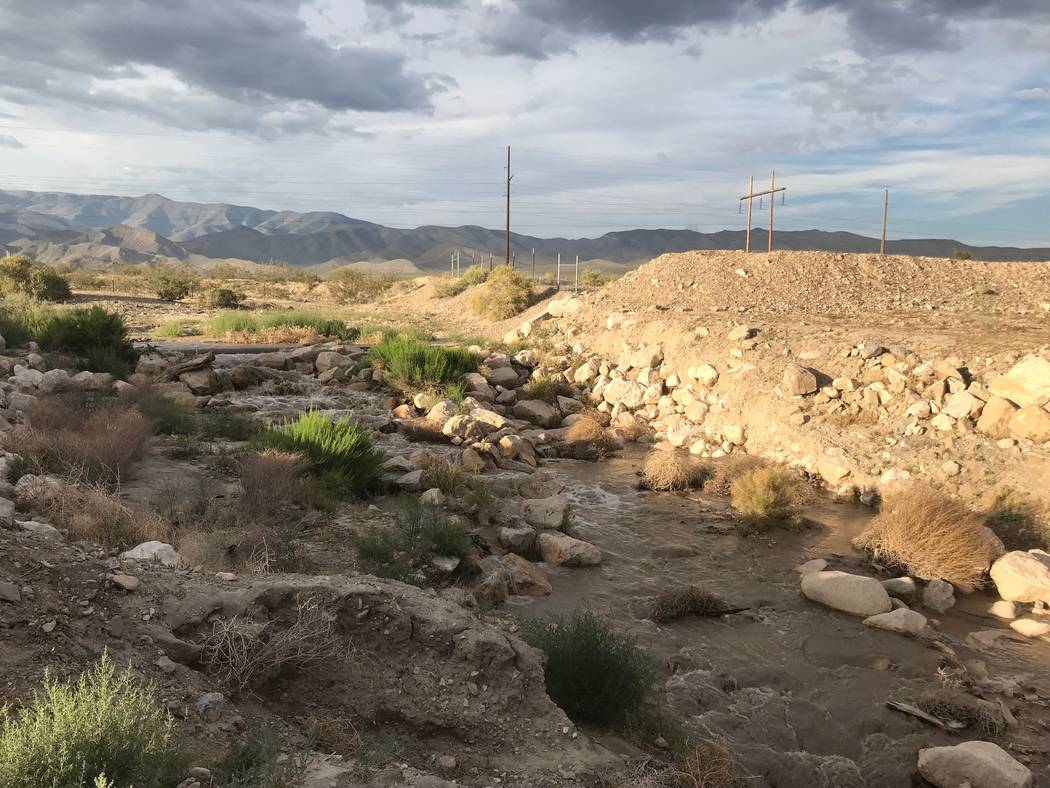 Terri Meehan/Special to the Pahrump Valley Times The National Weather Service in Las Vegas stated water from rainfall in the Spring Mountains got water flowing to what's known to local Pahrumpians as the "Pahrump River." The water flowed through the wash on June 17, 2019. 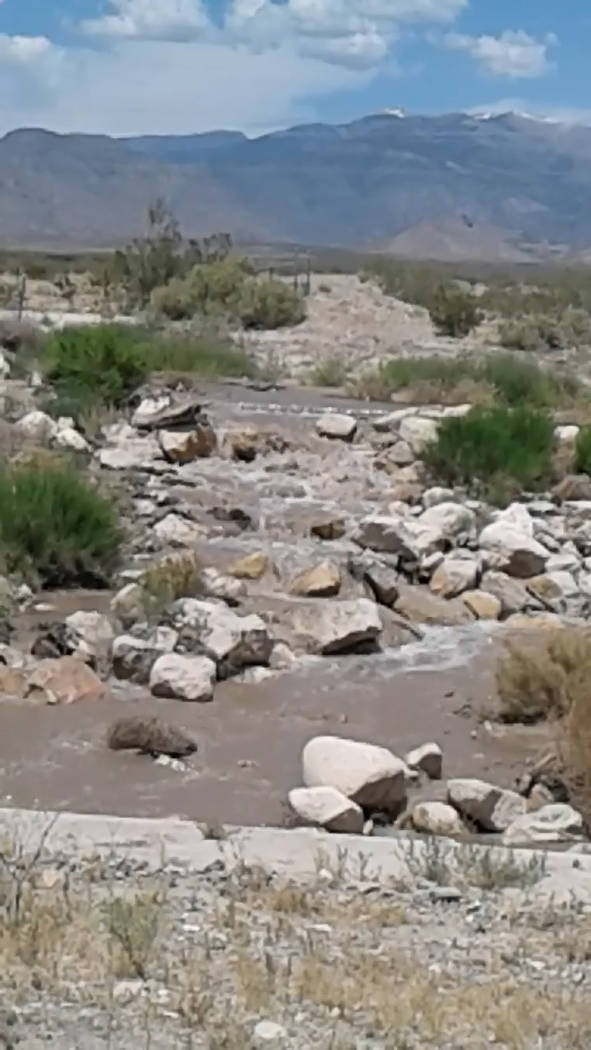 Pamela Coon/Special to the Pahrump Valley Times Reader Pamela Coon took a video of what locals have coined as the “Pahrump River” on June 17, 2019 on Highway 160, near Tecopa Road. The photo is a screenshot of that video. 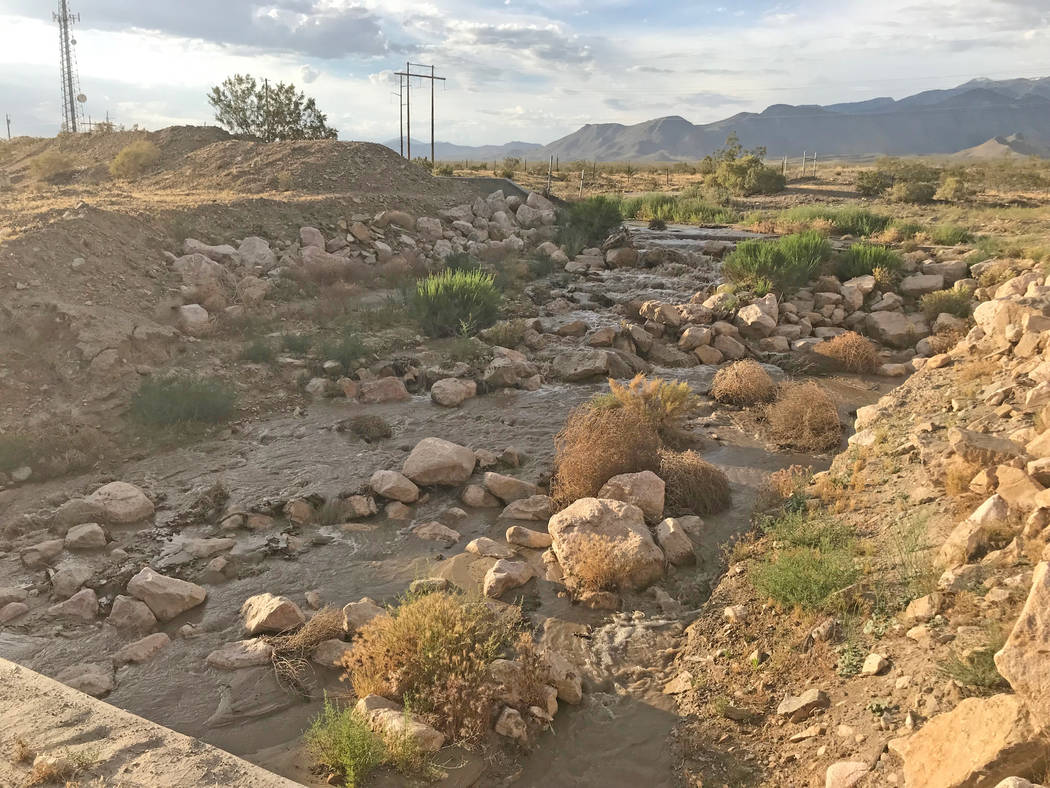 Terri Meehan/Special to the Pahrump Valley Times Water flows in what locals to Pahrump call the "Pahrump River" on June 17, 2019. The water flows from the north of Highway 160, near Tecopa Road.

A new body of water returned near Highway 160 and the Tecopa Road turnoff in what Pahrump locals have dubbed the “Pahrump River.”

Water could be seen rushing down just north of Highway 160 on Monday, just east of Tecopa Road. The water moves down from the Spring Mountains and through a culvert underneath the highway and heads south toward California after that.

“We did have some storms on the backside of the Spring Mountains, so it’s possible that that rainfall kind of fell down the mountain and into that wash,” said Jenn Varian, a meteorologist for the National Weather Service in Las Vegas.

The weather service said that it didn’t believe the water was from runoff from snowmelt.

Some locals, however, did express that they believed the source was from the annual snowmelt runoff on social media.

Commenters on the Pahrump Valley Times Facebook page also wrote about their past trips to the site when it was flowing strong.

To view social media comments and video, see link below.

“We used to stop there and walk the river with our dogs — ’70s-’80s,” said Brenda Roser-Eyre on the Times’ Facebook page. “I still have the scar from cutting my foot on a sharp rock.”

Another commenter, Joe Gosha, said “Me too, but as an adult — just to the southwest of Highway 160, about 15 miles from town if I recall correctly. I remember once when it flowed for two years in a row, which was unheard of back in the day.”

Some commenters mentioned fun times that were brought with the intermittent flowing river.

“Kids used to float in tubes downstream,” Christina Brisebill commented on the Times’ Facebook page. “When the race came through Pahrump, we were out there when a racer on a motorbike came through. He laid the bike down and laid in the stream to cool off. Then he got back on the bike and continued to race.”