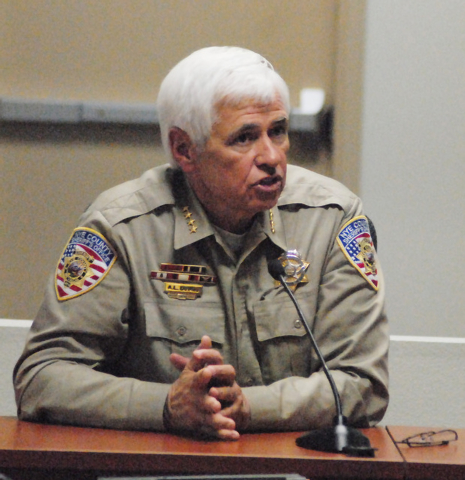 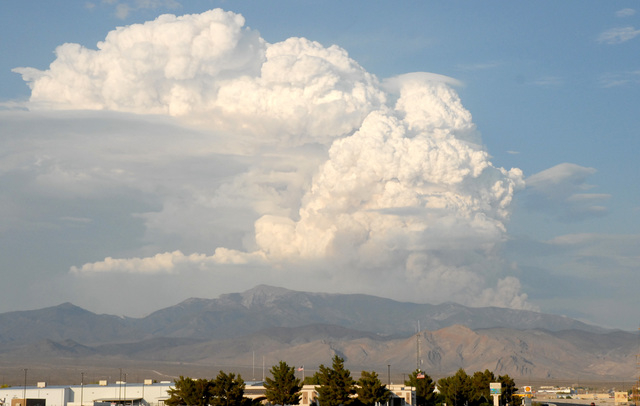 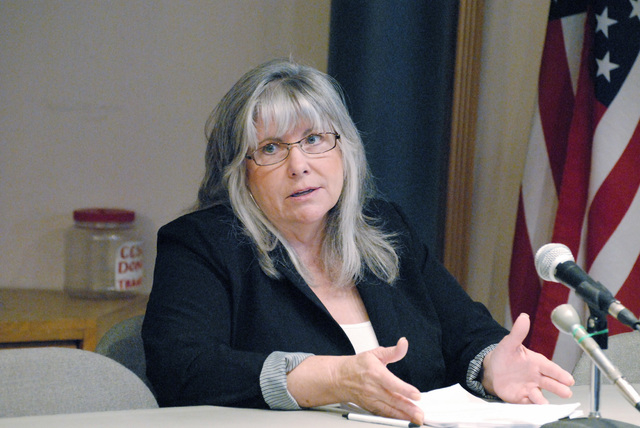 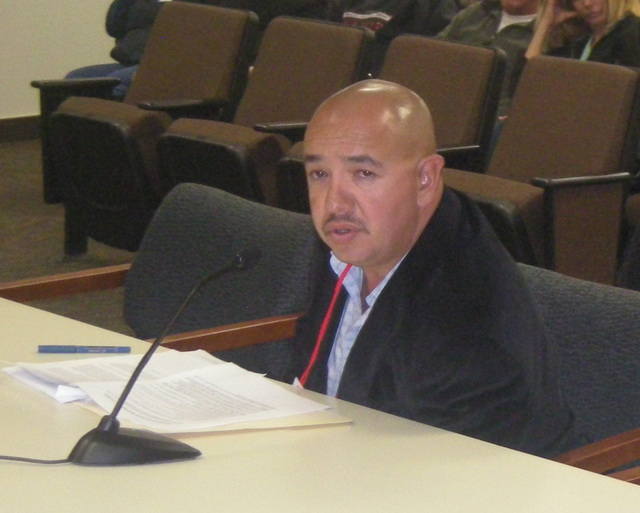 It was a year that brought words like “Packagegate,” bumper boats, roundabouts and “simunitions.” In some ways, 2013 was a hangover from issues that began in 2012. It was goodbye to a long-time Pahrump town manager but hello to a transplant from Mesquite. As an odd-numbered year, there were no elections but the Nevada Legislature held its biennial session, voting to transfer the Belmont Courthouse to Nye County, approve regulations for medical marijuana and gay marriage.

The Nevada Attorney General’s Office in June announced it declined to prosecute Sheriff Tony DeMeo, stating there was no evidence he willfully exceeded his budget, the top news story of a not too eventful year. It was a leftover item from November 2012, when Nye County Commissioners emerged from a two-hour executive session and voted to request DeMeo be prosecuted. Commissioners were upset the sheriff’s department was $1.2 million over budget in the 2011-12 fiscal year.

In October, agents from the Federal Bureau of Investigation raided the offices of Nye County Assessor Shirley Matson. Sources said it was related to a federal grand jury investigation after Matson was intercepting the county outgoing mail. By the end of the year no further action was disclosed in the case.

In another holdover from 2012, Fifth District Judge Robert Lane in February upheld the placement of a ballot question asking to dissolve the Pahrump Town Board, which very narrowly passed in the November 2012 election. The Pahrump Town Board voted to appeal the ruling to the Nevada Supreme Court, no higher court decision has been rendered yet.

Over the July Fourth week, lightning ignited the Carpenter One fire, which eventually burned over 20,000 acres in the Spring Mountains. Residents of Trout Canyon were left without water after the fire destroyed their water pipeline. Over 800 firefighters were dispatched to fight the fire, which resulted in the closing of Kyle Canyon Road on the Las Vegas side, for weeks. It was the biggest wildfire outbreak in the Pahrump area since 2000.

Nye County School District Psychologist Perry Hood, 69, based in Tonopah, was arrested on child pornography charges in January. He was sent to Lakes Crossing for mental evaluation in March, found competent to stand trial, pleaded no contest in August and was sentenced to 10 years to life in prison in November.

In May federal bankruptcy judge Lloyd King approved a plan whereby Utilities Inc. of Central Nevada will acquire 15 of the 16 parcels at the former Willow Creek Golf Course, except for the 9.1-acre clubhouse property which will go to creditor Michael Zucaro. The 174-acre course has been closed since November 2008. Nye County was to receive a permanent park easement on six of the parcels under the original bankruptcy plan, but was booted out of the settlement in August. UICN detailed their plans to clean up ponds, repair pump houses and make other improvements to the golf course at an Oct. 30 consumer session scheduled by the Nevada Public Utilities Commission.

State Engineer Jason King shook up a crowd at the Bob Ruud Community Center back in October 2012, warning if local officials didn’t draw up a management plan for the Pahrump groundwater basin to avoid being listed as a critical management area under a state assembly bill, the state would allocate water by priority date for water rights. The issue continued to haunt county panels in 2013. In November the Nye County Water District Board approved new planning restrictions that included limiting parceling to five acre lots or larger. The Pahrump Regional Planning Commission later gave their approval by a 5-2 vote, RPC members Bill Dolan and Joe Goode Sr. were opposed. In December county commissioners voted to refer the planning changes to a new Pahrump groundwater basin advisory committee which was being formed.

Nuclear waste was another ongoing issue in 2013. In August the U.S. Circuit Court of Appeals for the District of Columbia ordered the licensing process to be completed for the Yucca Mountain project, saying the Nuclear Regulatory Commission acted illegally in terminating the study. But the ruling could ring hollow, due to the limited funds available to complete the licensing studies.

Over 100 residents packed a hearing room at Nevada Treasure RV Resort Nov. 14 over concerns the U.S. Department of Energy planned to ship 403 canisters of uranium to the Nevada National Security Site in 50 to 100 truckloads from the Oak Ridge National Laboratory in Tennessee. The DOE sought to assure the crowd the shipments will be safe.

Local residents received Robocalls in January urging them to oppose a controversial plan to open a landfill for demolition and construction debris by contractor Rene Morales. A community meeting was held at the Pahrump Nugget Hotel and Casino at the end of March. The Pahrump Regional Planning Commission denied Morales’ conditional use permit April 10, the Nye County Commission denied his appeal June 18 by a 3-2 vote, in meetings that drew a packed house to the county commissioners’ chambers.

The sentencing of Daniel Robbins, 47, to 10 years to life in prison by Fifth District Judge Robert Lane in March drew some votes, he was found guilty of second-degree murder and other charges for killing Chris Mundy, 21, who was dating his daughter.

In August, Ed Garza, 56, was found guilty of attempted murder of a police officer after a June 2012 shootout with sheriff’s deputies, he was sentenced to 16 to 40 years in prison in November.

A few other stories made the top 10 list by one or two contributors to the survey.

The Goldfield bomb scare Sept. 17 resulted in the closing of Highway 95 and the arrest of Bobby McAnally, 32 and Rebecca Leavitt, 28.

Exotic animal owner Karl Mitchell’s conditional use permit for housing seven tigers and a liger at 6061 N. Woodchips Road was revoked by the Pahrump Regional Planning Commission in February, which was upheld by a 3-2 vote of the county commission in April. The county commission later in the year voted 4-1 to file a lawsuit against Mitchell for continuing to house the animals on property owned by Ray “The Flagman” Mielzynski.

Community activist Michael Mack, 69, was arrested on charges of sexual assault and abuse of a vulnerable person in April, along with Arthur Gatzke, 81, and George Quiroga, 65.