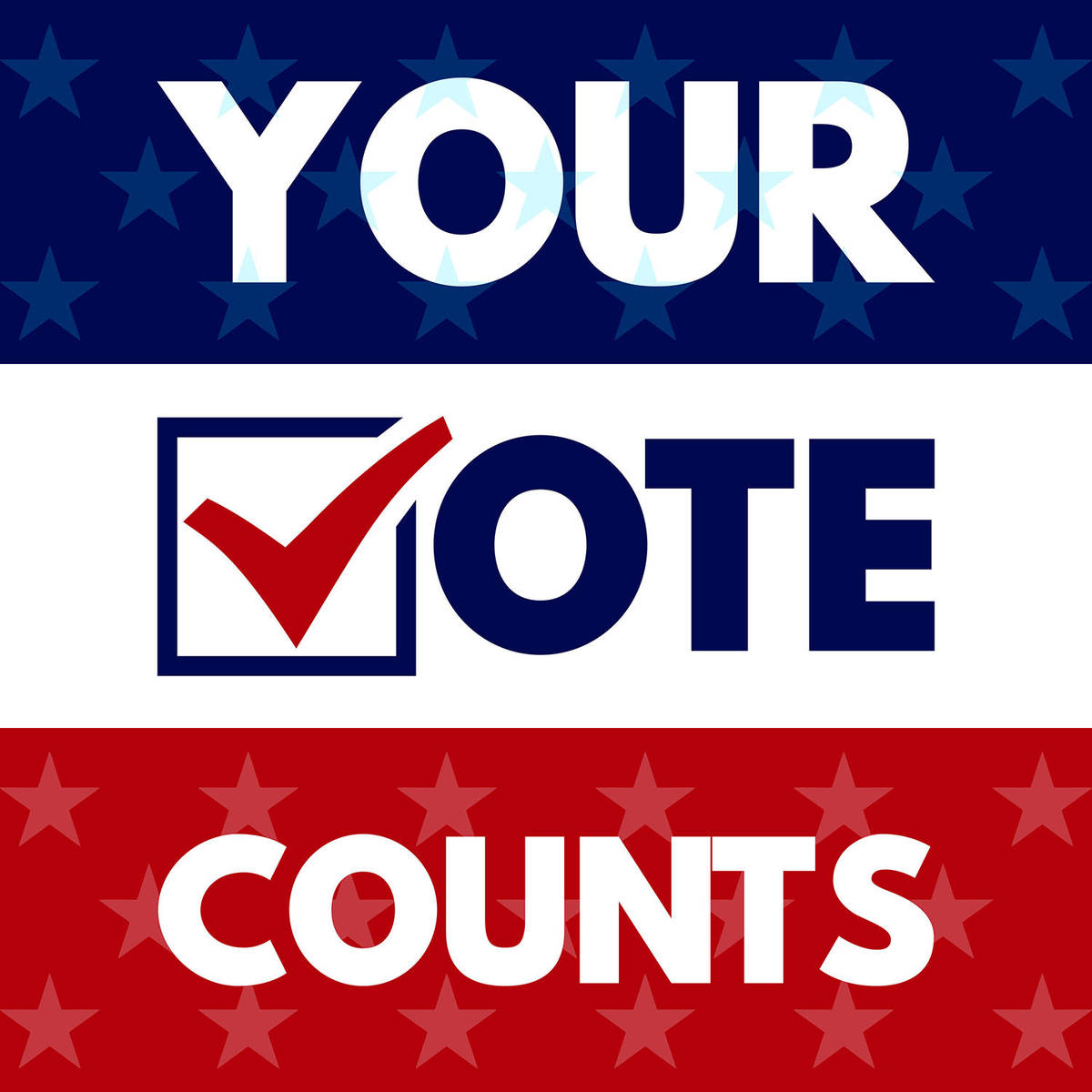 Getty Images The 2020 Primary Election is well underway and to help area voters make their choices in four different Republican races, the Nye County Republican Central Committee and Pahrump Valley Times partnered to host a virtual GOP debate on May 22 and 23. 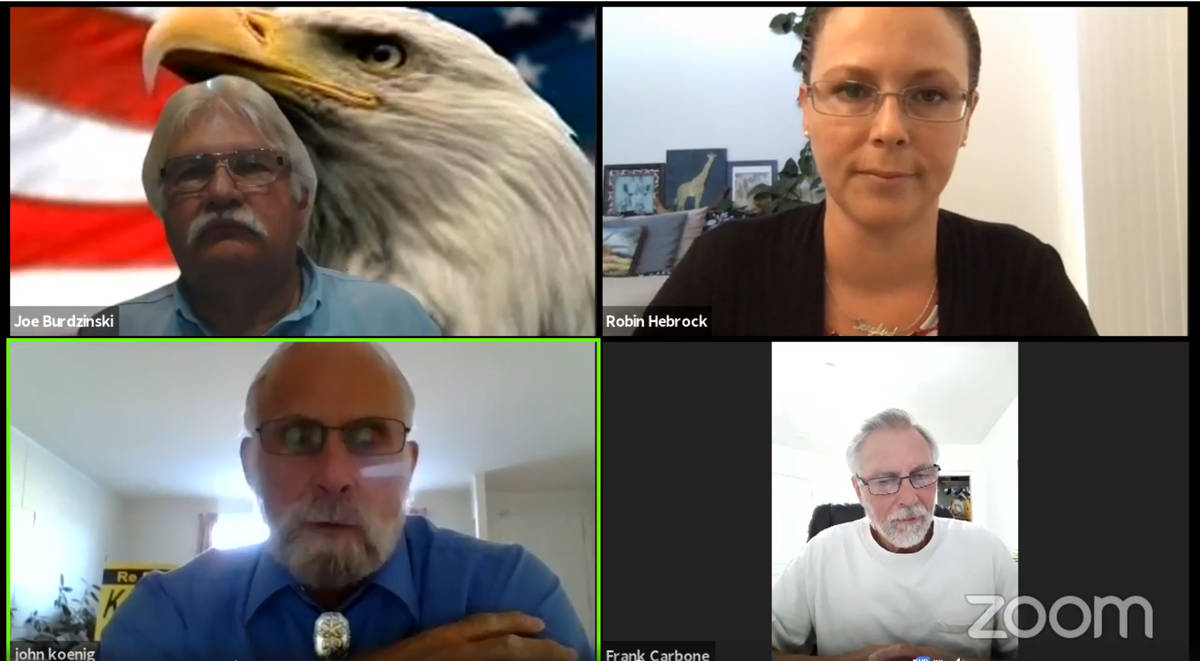 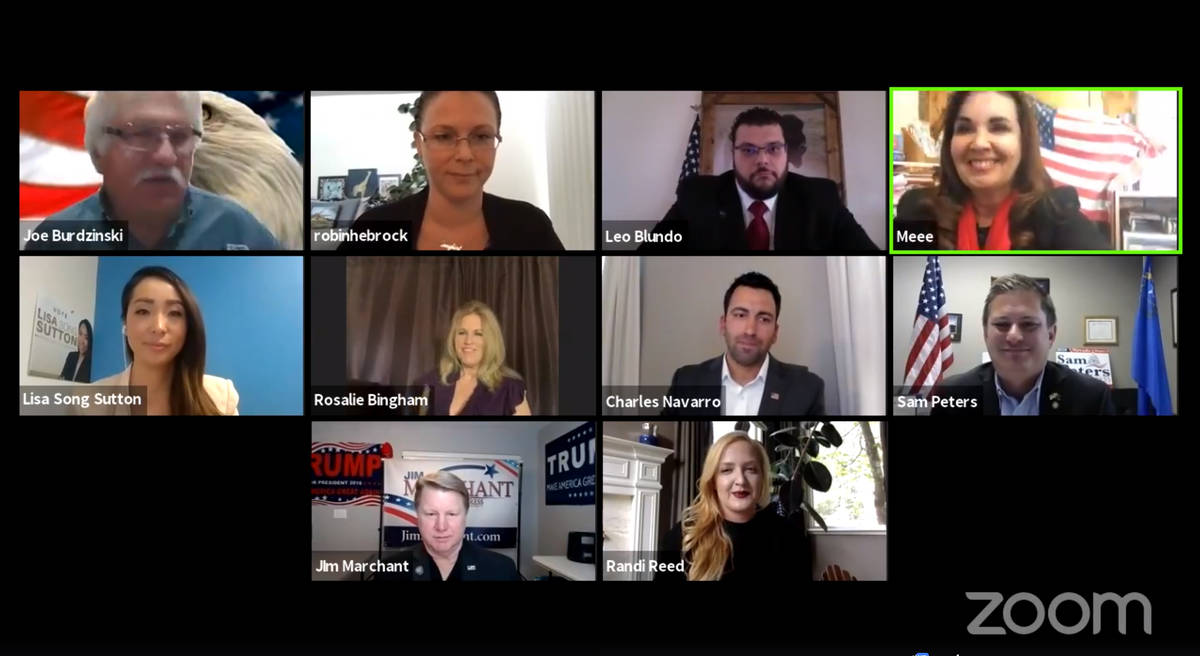 Screenshot of Zoom chat The Nye County Republican Central Committee, with involvement by the Pahrump Valley Times, held a debate with candidates running for the Republican nomination in the Congressional District 4 race.

Due to the COVID-19 pandemic and restrictions on the number of people allowed to gather, the Nye County Republican Central Committee’s GOP debate took place virtually through Zoom. The event was also broadcast live to social media through both the central committee and the Pahrump Valley Times’ Facebook pages.

The GOP debate kicked off at 4 p.m. on Friday, May 22 with the Nevada Assembly District 36 race, which is pitting appointed office holder Greg Hafen II against challenger Dr. Joseph Bradley. Due to previously scheduled appointments with his clients, Bradley, who is a mental health and addiction counseling specialist, was unfortunately unable to attend. Topics covered in the Assembly District 36 debate included economic recovery following COVID-19, the local water situation, public lands, health care services, education and more.

The debate between those seeking the Republican nomination for Nevada’s Fourth Congressional District then took the virtual stage at 5:30 p.m. that Friday evening. With eight different candidates hoping to secure the nomination, the debate extended for nearly two and a half hours as the contenders asserted their thoughts on subjects such as term limits, campaign finance laws, immigration reform and Yucca Mountain.

Continuing on Saturday, May 23, the GOP debate then shifted focus to local races for Nye County Commission. There are three commission seats up for grabs this year and each was featured in its own separate debate. The candidates for Nye County Commission District 1 who participated include Trevor Dolby, Tim Gamble, Richard “Dick” Gardner and Bruce Jabbour. District 1 candidate Liandra Dutton was unfortunately unable to participate. Commission District 2 candidates John Koenig, the incumbent, and Frank Carbone both took part, as did District 3 contenders Louis Baker, incumbent Donna Cox, Deanna O’Donnell and John Wehrly.

Questions posed to potential commissioners included those focusing on Yucca Mountain, the local water concerns, enforcement of county code, continued residential development in Pahrump, the possible reinstatement of the Pahrump Town Board and more.

Readers who may have missed out on the live broadcast of the GOP Debate can catch up on the event by visiting the following links:

Coverage of interviews with each of the candidates appearing on the primary ballot for Assembly District 36, Congressional District 4 and commission districts 1, 2 and 3 can be found online at www.pvtimes.com. Interviews with candidates for the nonpartisan Nye County School Board of Trustees Area VI seat are included on the website as well.

Voters are reminded that the 2020 primary election is being conducted with absentee ballots, which should have been received by area voters earlier this month. Absentee ballots can be returned via mail or dropped off at the Nye County Clerk’s Office in Pahrump, 1520 E. Basin Avenue or in Tonopah, 101 Radar Road, during early voting hours.

Early voting hours are reserved for dropping off absentee ballots, registering to vote and receiving a provisional ballot or updating existing voter registration information. Voters can also bring their blank absentee ballots to the clerk’s office and fill them out on site but there will be no electronic voting machines available.