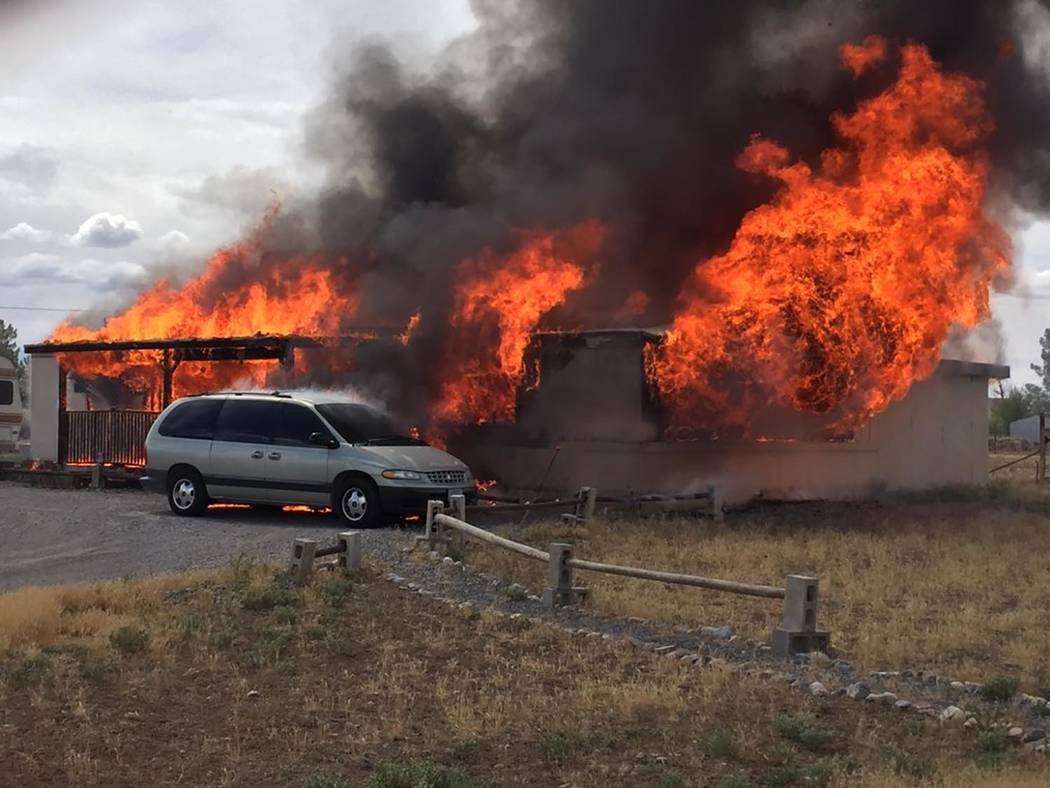 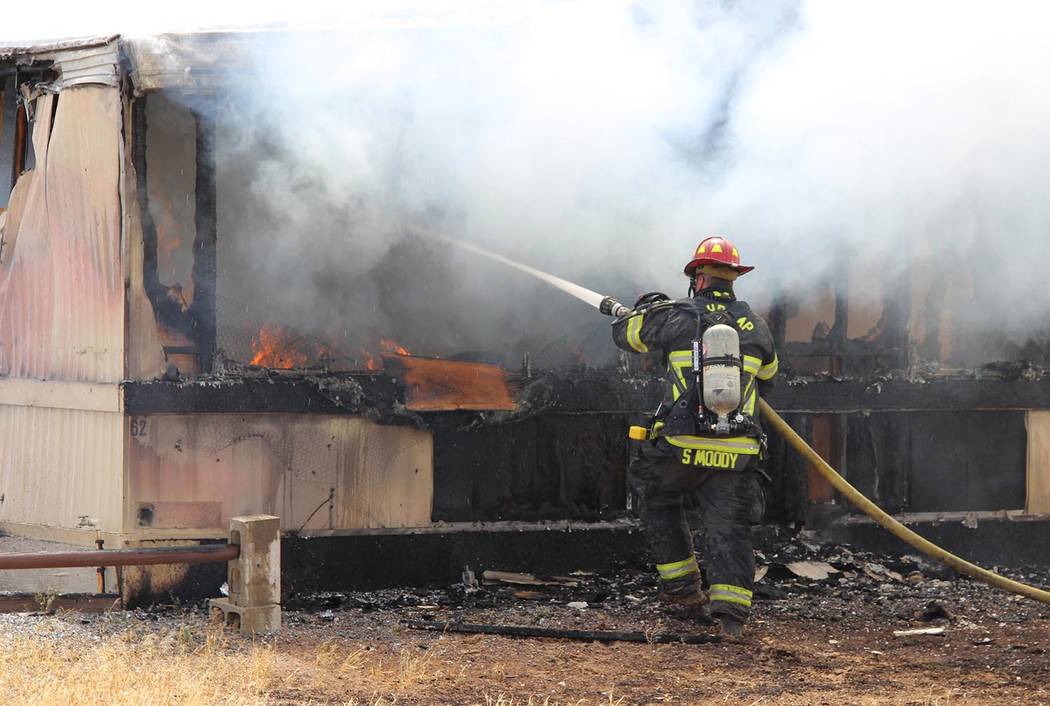 Charles Hoover/Special to the Pahrump Valley Times Three pet dogs in a bedroom of the home died from smoke inhalation from the fire. Chief Scott Lewis said though the cause of the fire is under investigation, it is thought to be accidental in nature, due to an unattended space heater placed too closely to combustible materials inside the residence. 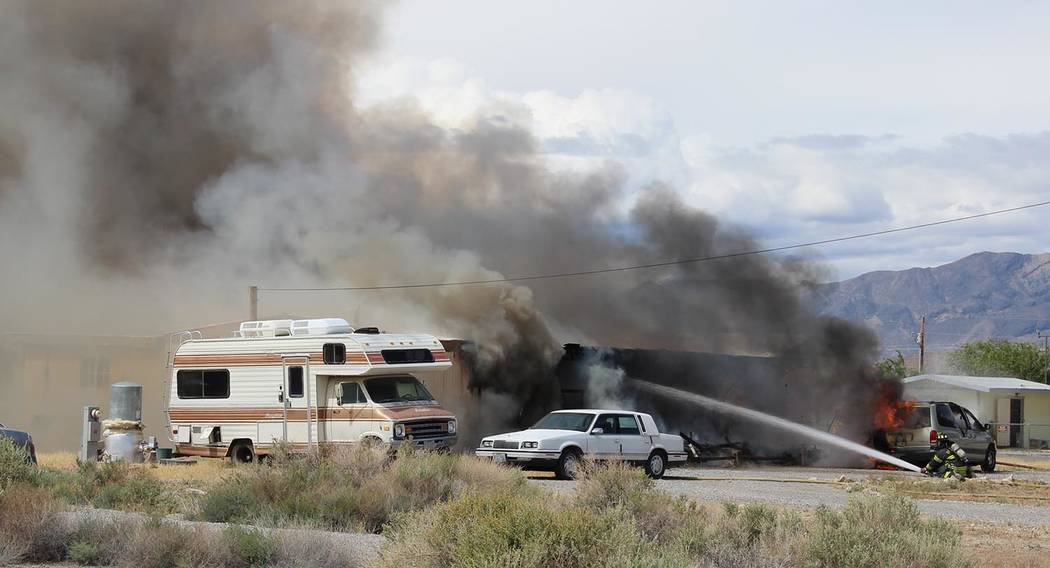 Charles Hoover/Special to the Pahrump Valley Times Upon arrival, fire crews began what’s known as a “blitz attack,” where fire crews dump a large amount of water in a short amount of time. Crews also had to contend with venting propane tanks and discharging ammunition, all while working to extinguish the fierce blaze.

At least three persons were transported to Desert View Hospital following a structure fire just after 10 a.m. on Wednesday morning, May 22.

Pahrump Valley Fire and Rescue Services Chief Scott Lewis said crews were dispatched to the residence at the intersection of Basin Avenue and Jewell Drive just after 10 a.m.

Lewis said as crews exited Station One, they observed a large smoke column developing in the area.

“Upon arrival, we found a double-wide manufactured dwelling with a wood frame addition attachment, well involved in fire with extension to nearby ground cover and a vehicle parked at the front of the residence,” he said. “Upon the scene size-up and risk assessment, we found that there was venting propane at the rear of the house on an enclosed porch. There was also discharging ammunition and we had at least three occupants who sustained varying degrees of injuries but were all safely evacuated out of the residence.”

Lewis also said that crews commenced what’s known as a “blitz attack,” which is dumping a large amount of water in a short amount of time.

“They quickly controlled and knocked down the main body of fire with no further extension,” he said. “Crews continued to overhaul the structure and the fire was placed under control approximately 30 minutes after arrival. Three patients were transported from the scene to the local hospital. However, there were three pet dogs that succumbed to the smoke in a bedroom of the house.”

Additionally, Lewis noted that the cause of the fire is under investigation, but is thought to be accidental in nature.

“It was possibly related to an unattended space heater placed too closely to ordinary combustible material.”

Both the home and a minivan on the property were destroyed.