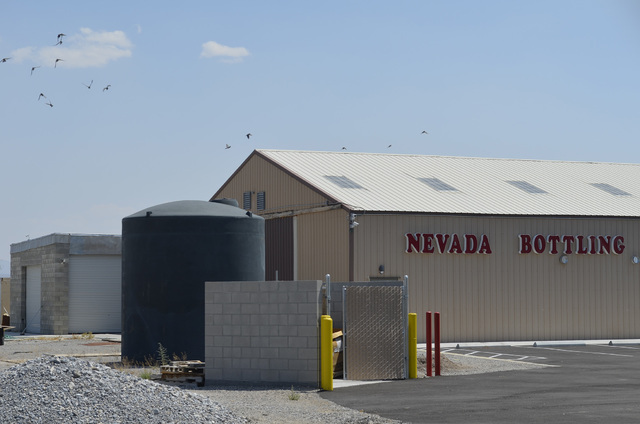 One of the applicants, Philip Restifo, of Green Cross of America, Inc., is converting his 20,000-square-foot building at 5101 S. Oakridge Avenue in Pahrump that used to house a water bottling plant to a medical marijuana cultivation facility.

“We anticipate opening mid-November,” Restifo said. “We have very unique strains of cannabis with very high levels of CBD (Cannabidiol) and THC (Tetrahydrocannabinol).”

Restifo said it took him almost two years to receive all of the necessary approvals.

Prior to approval, Nye County commissioners granted a special use permit for MME cultivation for Restifo’s property. He obtained provisional approval for cultivation from the State of Nevada Division of Public and Behavioral Health. The Nye County Water District Governing Board approved the Water Impact Plan for the facility. Restifo also has submitted a site development plan.

The facility is still under remodeling. A final site inspection has not been completed and the county has yet to issue the certificate of occupancy.

Restifo said he has already hired eight employees from Nye County for his business and will need to hire six more after the opening.

“And once it passes the state for recreational, we are already looking at expanding to another facility,” Restifo said.

Robert Groesbeck, an applicant at MM Development Company, dba Medizin that will open at 101 Airport Road in Beatty received approval for cultivation and production facilities.

“There is only one facility in Beatty and it is the old brothel south of town,” Commissioner Lorinda Wichman said. “There will be jobs available that were not available before, so I expect it will have a favorable impact on the town.”

Groesbeck has a special use permit for MME cultivation and production and a provisional approval for cultivation from the State of Nevada Division of Public and Behavioral Health.

Groesbeck also recently submitted the Water Impact Plan but the Nye County Water District Governing Board has not scheduled or approved it. A Site Development Plan for the facility also has not yet been approved and a final site inspection has not been completed. Officials have yet to issue the certificate of occupancy.

Officials approved a change of location for Groesbeck’s facility in 2015.

The cost of an initial license application for a cultivation and production facility is $5,000.