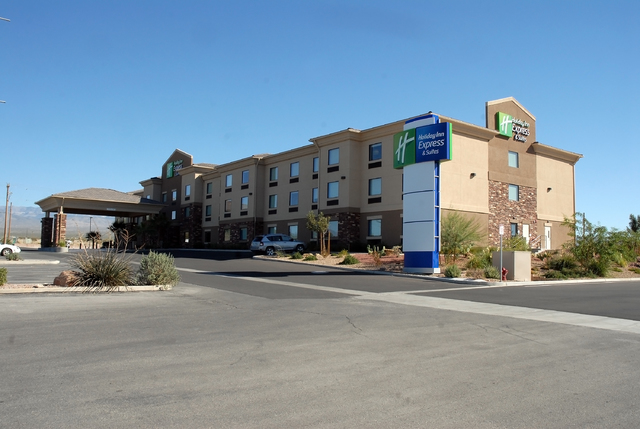 The Pahrump Tourism Advisory Committee is looking for additional revenue sources as its expenses continue to outpace revenue.

On Thursday, the committee discussed several options, such as changes in the allocation of room tax collected from Pahrump lodging properties and a future airport.

“We have to cut spending, and yet add projects, the same as any business is operating, we are right at that threshold,” Arlette Ledbetter, tourism director for Pahrump said.

James Horton, general manager of Preferred RV Park and member of the board, said room tax collection was up 48 percent in Pahrump from January through August. Overall, Pahrump’s room inventory increased by at least 25 percent since opening of Holiday Inn in October 2015, officials said.

“Either the room tax collection is needed to continue to go up to the point where it can sustain the level of spending we are doing right now, which is extremely modest by any standards, … either we need to collect more or we need to spend less,” Horton said.

Jack Sanders, of Sanders Family Winery, said he expects the inventory will continue to increase.

Nye County is currently working on the Resource Management Plan that would make the Bureau of Land Management’s land available for sale. The plan has three proposed locations for the airport.

“The airport fund is still there; we are still working with BLM and it’s become a nightmare,” County Commissioner Butch Borasky said. “I don’t know where it’s going to lead, but I will let you know that there are several other organizations looking for that two points as well.”

The proposed 2 percent would come from the portion of the room tax distribution that was dedicated to pay the match on the Federal Aviation Administration grants by Pahrump.

“We’ve been working with FAA, and we’ve had several FAA grants for a Pahrump airport,” County Manager Pam Webster said.

With the Calvada airstrip converting to public, officials said there could be another application for FAA grants to build another airport.

“Right now, there is a grant in place for the Pahrump airport and it has committed funds out of the airport fund for the match. So, any recommendation that you make should be limited to the amount of money going into the fund through the room tax rate, not putting any kind of recommendation on the funds that are already in the fund,” Webster told the committee.

The Pahrump Tourism Advisory Committee is currently nearing the end of its five-year budget plan. The committee’s budget for fiscal year 2017 is $367,061.

The committee has been spending extensively on marketing and advertising. The most expensive category in its budget has been services and supplies; they spent between $270,000 and $275,000 from 2015 through 2017.

Officials said they will gather more information before making a decision.