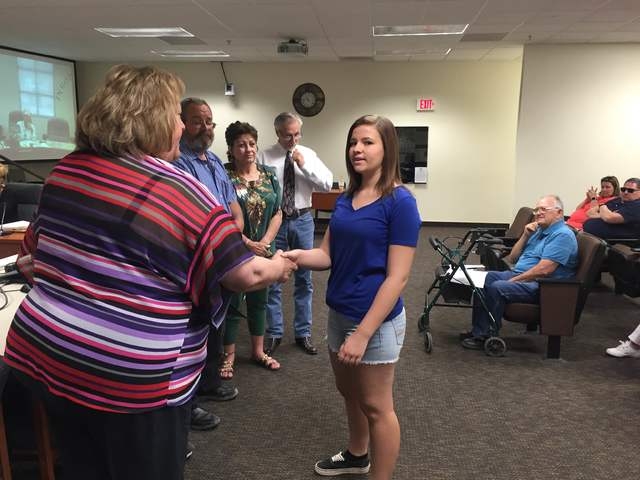 Despite already receiving an apology and the editing of a popular Disney show that said disparaging remarks about Pahrump, town officials still aren’t satisfied with the entertainment giant.

After an episode of the Disney XD show, “Gamer’s Guide to Pretty Much Everything” aired with various negative remarks about Pahrump, including calling the kids here “filthy,” creating a fictitious disease called the Pahrump lump, and calling the town a stinkhole, many in the community were outraged, including Nye County Manager Pam Webster.

The outrage from the town reached Disney last week when an article in the Pahrump Valley Times garnered worldwide media attention from the Associated Press and closer to home from all the major local news stations in Las Vegas and the Las Vegas Review-Journal. An executive with ABC Disney issued an apology and assured the town that all mentions of Pahrump were edited out of the episode for future showings.

Despite the gesture to make things right, the damage is done, according to Webster.

Webster reached back out to the spokeswoman who issued Disney’s apology, Patti McTeague, senior vice president, Kids Communications Disney ABC Television Group and said thanks, but you can do better.

“I am appreciative of the action taken by you, Ms. McTeague, however I don’t believe it sufficiently amends the effect of the episode,” Webster said in an email to McTeague. “At a minimum, Disney needs to have presence in Pahrump to express the dismay at what happened, and rectify the situation. I think a gesture of an ice cream social at the community center or a barbeque in the park for the children would be much more appropriate.

“It would be even better to have a couple of Disney characters present for picture ops.”

To make her request for additional action by Disney one that would benefit the children in town, she even suggested a pair of ideas to make further amends with the town.

“Every summer, the local government features movies in the park. Citizens are invited to bring their dinner and watch a family movie in one of the town parks.

“Disney movies are regularly featured in these events,” Webster explained. “Please give us a reason to continue utilizing Disney products.”

The town does pay a copyright fee of up to $425 to show those movies.

McTeague issued a statement to the Pahrump Valley Times about the email request and said, “We’re always happy to consider an invitation.”

The teenager who posted a clip of the episode that drew attention to the issue, Danyelle Ormiston, was presented with a certificate of recognition by county commissioners Tuesday, for the sharing of the Disney clip about Pahrump that gained the media’s attention.

“This is an award of recognition for your role in putting the social media comments out there for people to see, to respond to and acquire an apology from Disney, regarding the discouraging remarks both about our youth and our community, ” Webster said. “Thank you very much and we appreciate what you’ve done.”

Ormiston explained that she didn’t think anything of this magnitude would happen from her posting a simple clip online that she and her friends found humorous.

“I think it’s crazy about how far it went,” Ormiston said.

Ormiston said that she would probably hang the certificate on the wall in her room.

Although her mother couldn’t attend the ceremony, Ormiston’s aunt, Janet Campbell, accompanied her to the presentation and was proud of her niece for sticking up for the youth, but disappointed a youth-oriented media entity would say such disparaging remarks.

“I was offended for the kids, not so much like the kids who didn’t take it like the older folks did,” Campbell said. “I think that the older kids grew up with Disney and know that they’re supposed to be nice and friendly.

“To hear a Disney show say something like that was a shock.”